According to a recent study, the crocs roamed Africa 18 to 15 million years ago. They were at least twice as large as modern dwarf crocodiles. 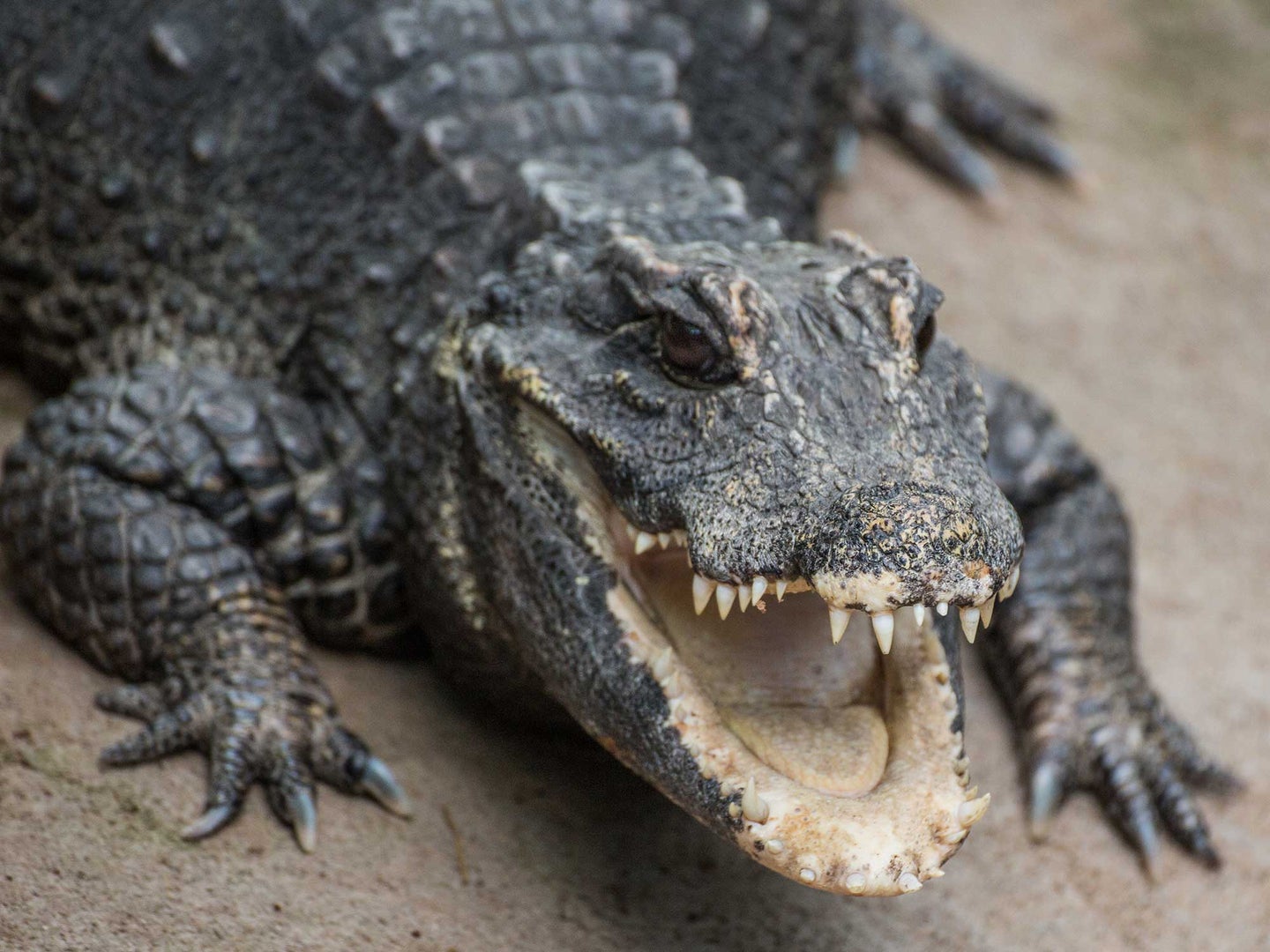 Two recently discovered species of ancient dwarf crocodiles were twice as big as their modern-day relatives—and were likely one of the most dangerous predators early humans faced. According to University of Iowa researchers who announced the discovery in a paper published June 8 in the science journal Anatomical Record, the crocs that roamed parts of Africa 18 million to 15 million years ago were a breed apart from the dwarf crocs that inhabit west and central Africa today.

Modern dwarf crocodiles are the smallest living crocodile species. The timid, mainly nocturnal creatures range from 4 to 6 feet long and typically weigh between 40 and 70 pounds. Because their size makes them vulnerable to predation, dwarf crocs have heavily armored backs, necks, and tails. Kinyang mabokoensis and Kinyang tchernovi, the newly discovered species that researchers have dubbed “giant dwarf crocodiles,” measured as long as 12 feet and were built for more aggressive behavior, with short, deep snouts and large conical teeth.

“They had what looked like this big grin that made them look really happy, but they would bite your face off if you gave them the chance,” said Christopher Brochu, professor in the Department of Earth and Environmental Sciences at the University of Iowa and the lead researcher on the study, in a press release. Brochu believes the ancient crocs spent most of their time in the forest, rather than in the water, waiting to ambush prey, and they may have been among the fiercest threats of their day.

“These were the biggest predators our ancestors faced,” he said. “They were opportunistic feeders, just as crocodiles are today. It would have been downright perilous for ancient humans to head down to the river for a drink.”

Scientists don’t know precisely why the giant dwarf crocodiles went extinct about 15 million years ago, but one theory is that climate change led to decreased rainfall across their range. That contributed to a decline in their forest habitat and an increase in grasslands and mixed savanna woodlands—conditions that also set the stage for another species to thrive. “These same environmental changes have been linked to the rise of the larger bipedal primates that gave rise to modern humans,” Brochu explained.

The two species lived in the East Africa Rift Valley, where several important finds of the fossils of early human ancestors were made. Brochu identified the new crocs by examining their fossil specimens in the National Museums of Kenya.