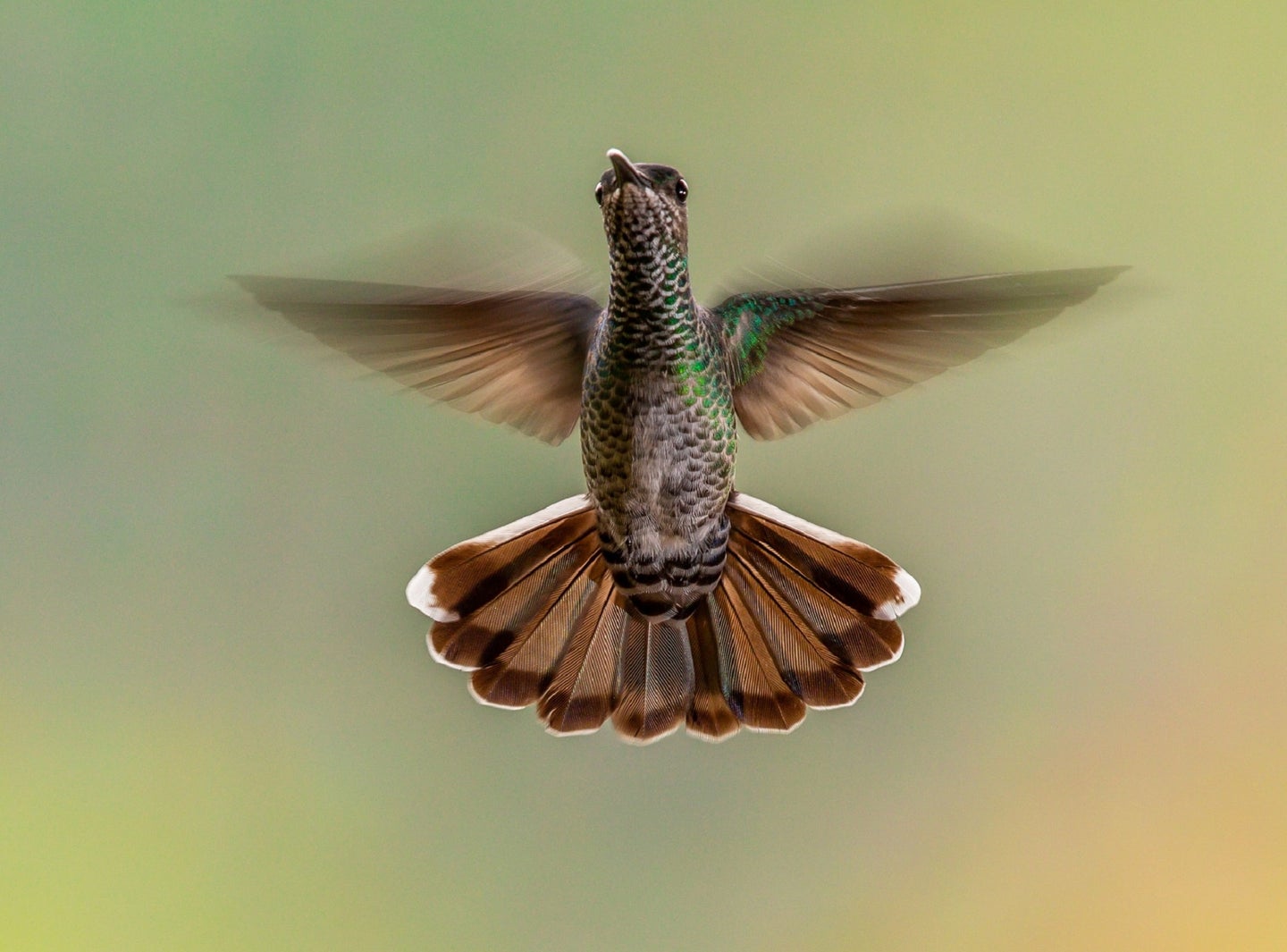 Hums can come from anywhere, including computer processors and hummingbird wings. Zdeněk Macháček/Unsplash

This is the most soothing sound in the world

The Humming Project documents the emotion behind a simple, universal tone.

ON A CHILLY EVENING IN BERLIN, Suk-Jun Kim’s research has him eavesdropping in a stranger’s bedroom. Four family members are gathered around the bed, swapping nostalgic stories. Kim gently asks them to hum together. Their voices start off flat and hesitant, but after a few seconds, they fall into the same key and rhythm. The group erupts in laughter.

Kim has made the same suggestion in town halls, homes, and refugee camps dozens of times while studying how simple tones evoke deep emotions like hope. But no matter where Kim, a senior lecturer of music composition at the University of Aberdeen, records the thrum, he finds that it releases tension. “You feel a sense of calmness,” he says. “It means the atmosphere is settling.”

Kim isn’t a psychologist or neurologist, but he has some pet theories about the factors at play here. He believes the soft noise reminds people of all that’s familiar, from the drone of traffic to soothing childhood lullabies. “Even if you don’t remember your parents humming, you can imagine it,” he says. “It’s the archetype of love.”

Then there’s the therapeutic effect it has on the body. To make the vocalization, you must close your mouth and fill it with a pleasant vibration (imagine a yogi drawing out the m in om). The sound waves resonate through the jaw, sinuses, and brain, which physicians think might increase airflow and stabilize the heartbeat.

That can provide a measure of calm during sad or stressful times, or in moments of terror. “Sometimes people hum to thwart scary thoughts and build a cocoon of safety,” Kim says. “So on one end it can be serene and intimate, and on the other dark and otherworldly.” Either way, the composer finds it more soothing than any sonata or serenade he’s ever heard. Everything feels fine when the world is humming along.