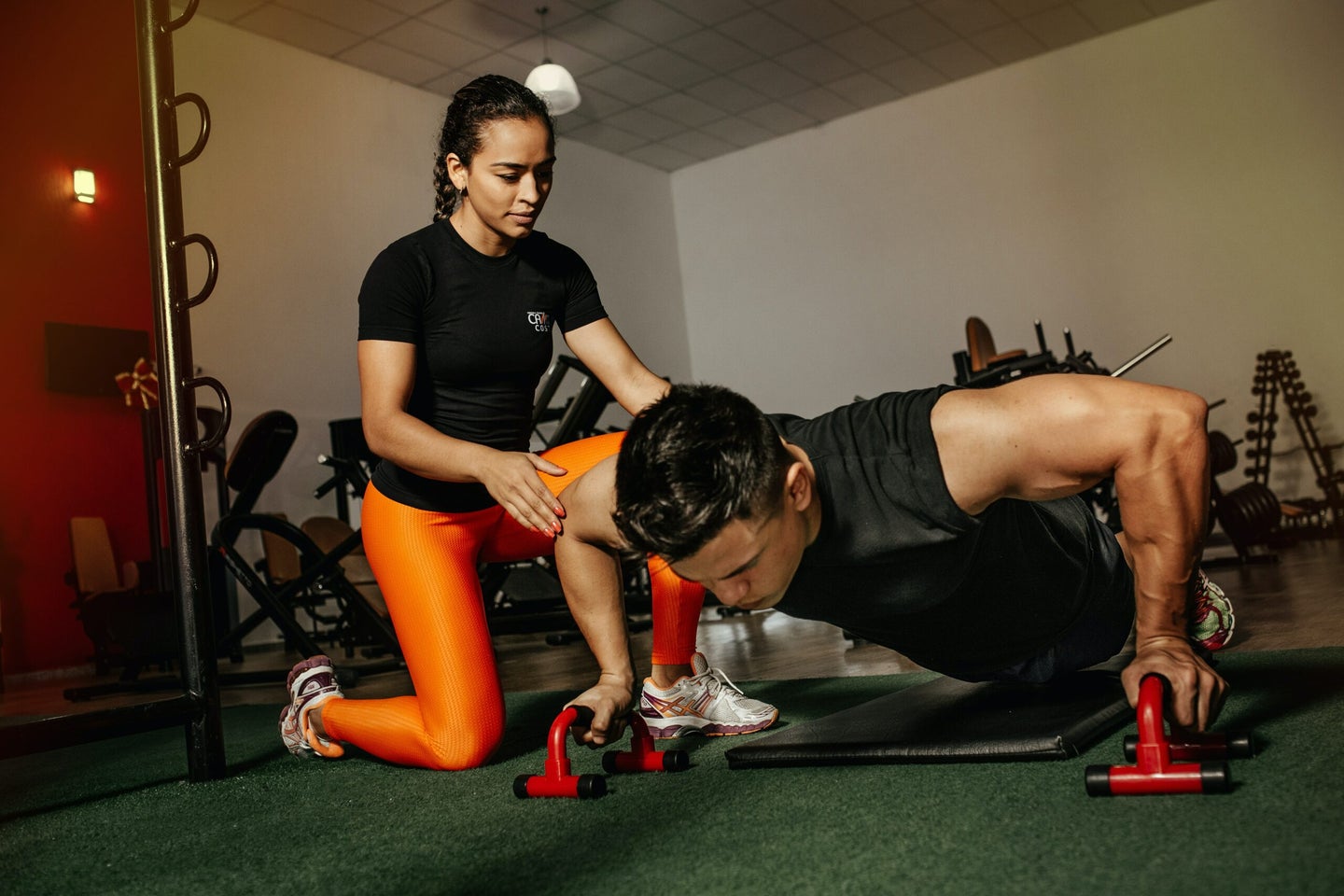 Muscle building is actually a bit of a mystery. Unsplash
SHARE

Exercise builds muscle—we just don’t really know why. It might seem like a simple thing, but despite countless articles on how to build muscle (PopSci included), actual proven research on the cellular mechanisms leading to muscle growth is pretty rare.

A new study from the University of Cambridge has started to unravel the mystery, though.

Muscle is generally thought to be borne from stress. When you put strain on your body, it responds by building itself back stronger. But rather than generic stress, the researchers found that at least one of the key signals to grow more muscle comes from an enormous protein called titin.

Titin wraps around the myosin filaments that compose individual muscle fibers, and when muscle fibers contract, a part of titin becomes exposed that’s otherwise inaccessible. That newly exposed site can bind a molecule called phosphate, and when that happens there are a whole slew of other biochemical changes that get triggered—chief among them are signals to synthesize new proteins to build more muscle.

The idea, then, is pretty simple: the more time a muscle is contracting for or the harder it’s working, the more likely it is that titin molecules have this key binding site exposed. And the longer it’s exposed, the more these muscle-building signaling pathways will get triggered.

[Related: Everything you’ve ever wanted to know about muscles]

These researchers constructed a mathematical model to figure out which variables would contribute to muscle growth in an effort to predict muscle growth. They used prior studies on the topic to validate the model, and added in information not just on titin, but also on repetition length, recovery time, and cellular metabolism.

They found that there was actually a level of potentially optimal muscle growth. “While there is experimental data showing similar muscle growth with loads as little as 30 percent of maximum load, our model suggests that loads of 70 percent are a more efficient method of stimulating growth,” said Eugene Terentjev, one of the study authors, in a statement. With too low a load, titin didn’t get activated enough; but too high, muscles were too exhausted to signal properly.

Their ultimate goal is to create a personalized version that would account for differences between individuals, so that in theory you could enter some information about yourself and get recommendations specific to you. There’s likely a long way to go before that kind of prediction is widely available, but for now it’s simply an improvement to know a bit more about how our muscles operate. Given how crucial exercise is for good health, we know shockingly little about it—and this study gets us a little bit farther.