On the US Atlantic and Gulf Coasts, storm surge and heavy rains join forces to create a dramatic change in flooding risk. 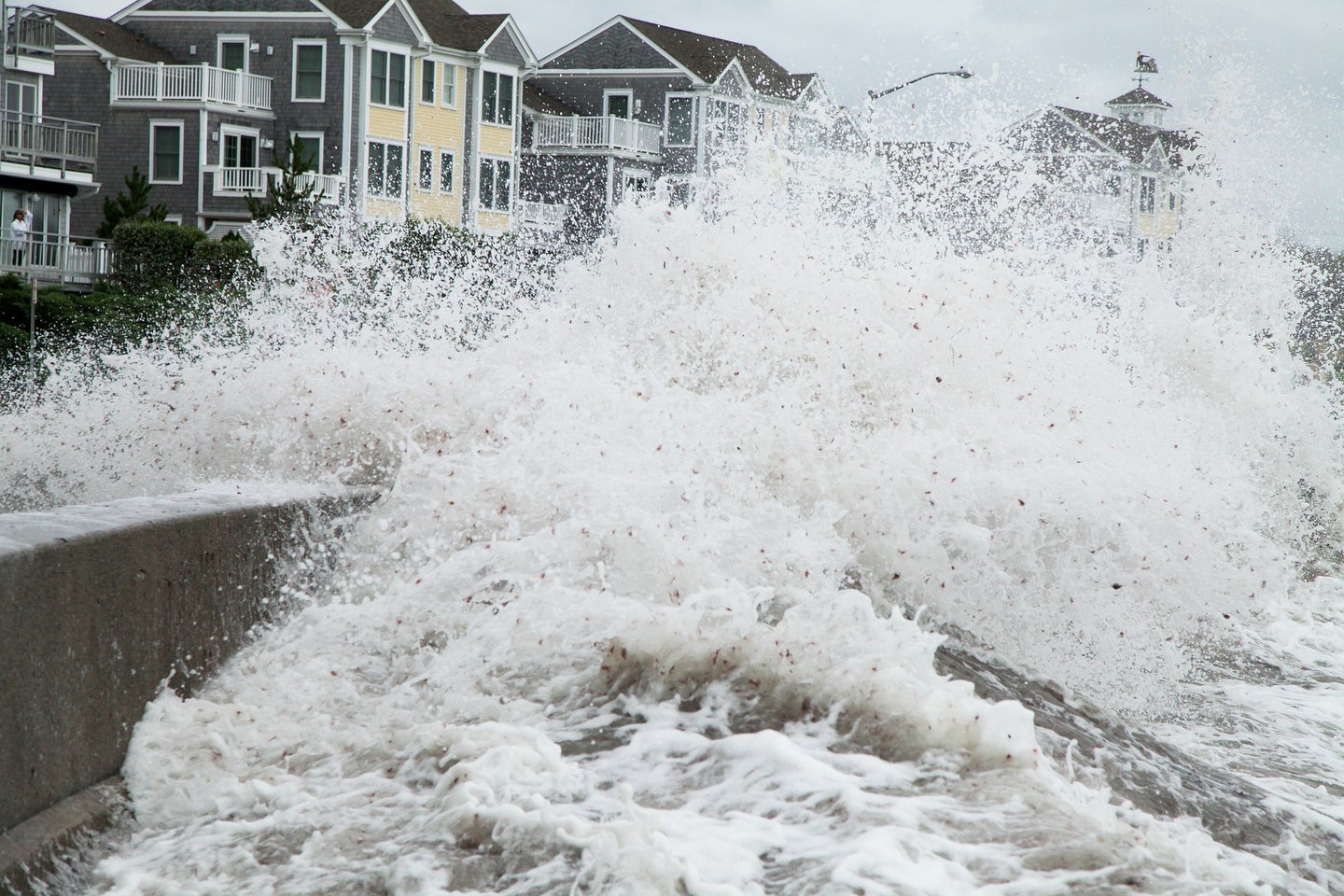 Future hurricanes will bring more extreme flooding to coastal cities in the eastern United States due to a double hit from worsening storm surge and heavy rainfall, scientists reported on February 3 in Nature Climate Change.

The researchers simulated how climate change could alter the impacts of tropical cyclones through the end of the 21st century. They found that the combined frequency of intense storm surge and rainfall that clobbers the coastline may increase by seven to 36 times in the southern US and 30 to 195 times in the Northeast.

“The results that are presented in the paper give us a pretty good idea of what to possibly expect in the future,” says Thomas Wahl, a coastal engineer at the University of Central Florida who wasn’t involved in the research. “There will likely be a pretty dramatic change in…the likelihood that different flooding drivers occur simultaneously.”

Since 1880, climate change has caused the average global sea level to rise by about 8 to 9 inches. Additionally, climate change is altering the intensity, size, track, and frequency of hurricanes, says Ning Lin, an environmental engineer at Princeton University and coauthor of the new findings. These storm characteristics and sea level rise both influence how much damage hurricanes can wreak on coastal cities.

During a hurricane, one cause of flooding is storm surge, which is caused by powerful winds pushing seawater to the shore. Drenching rains, like those seen during Hurricane Harvey in 2017, can also be devastating. “In the past, our group and others have been looking at these hazards more or less separately,” Lin says. For the new research, she and her team wanted to understand what happens when storm surge and rainfall join forces.

The researchers investigated how thousands of simulated storms would impact the Gulf and Atlantic coasts under late 20th century and projected future climate conditions. The team homed in on so-called joint extreme events, during which the amount of rainfall produced during a 24-hour period and the storm tide—the total seawater level from storm surge and normal tide—each had a 1 percent probability of occurring in any given year.

“Such events actually are very rare in the historical period,” Lin says. Joint extreme events would be expected to occur about once every 200 to 500 years along the Gulf of Mexico, and less than once every thousand years on average along the New England coastline under historic climate conditions. However, Lin and her colleagues calculated that by 2100, these extreme floods might strike every 10 to 30 years along the Gulf Coast and southeast Atlantic, and every 3 to 10 years along New England and the Mid-Atlantic.

“In the future climate it’s more likely that we’ll get extreme surge and extreme rainfall at the same time, so that you will have much higher total flooding,” she says.

The researchers also estimated that, in most areas, the increasing intensity and sluggish speed of future hurricanes will play a more important role in these extreme floods than sea level rise.

The findings do come with several caveats. There’s still uncertainty about how much hurricane frequency and sea level rise will change in the coming decades, and the researchers focused on a climate scenario in which greenhouse gas emissions are not curbed. As a next step, Lin and her team will explore how their predictions might change under less dire emissions scenarios.

The findings offer a “big-picture view” on how storm surge and rainfall will worsen flooding in the future, Wahl says, and offer a jumping-off point to identify vulnerable locations within each region. More localized, detailed modeling could help unpack how climate change is creating storm conditions that lead to more flood risk, he says.

There are a number of ways that coastal cities can prepare for the onslaught, including restoring natural buffers, such as wetlands and oyster beds, and constructing seawalls and other barriers. Floods driven by both extreme rainfall and storm surge may pose a particular challenge, Wahl says, because barriers that block incoming storm surge may also prevent rainwater from draining into the ocean.

“That’s where studies like this that tell us about the chances that storm surge and rainfall coincide in the future…can help us make better decisions when it comes to adapting for both inland flooding and coastal flooding,” he says.