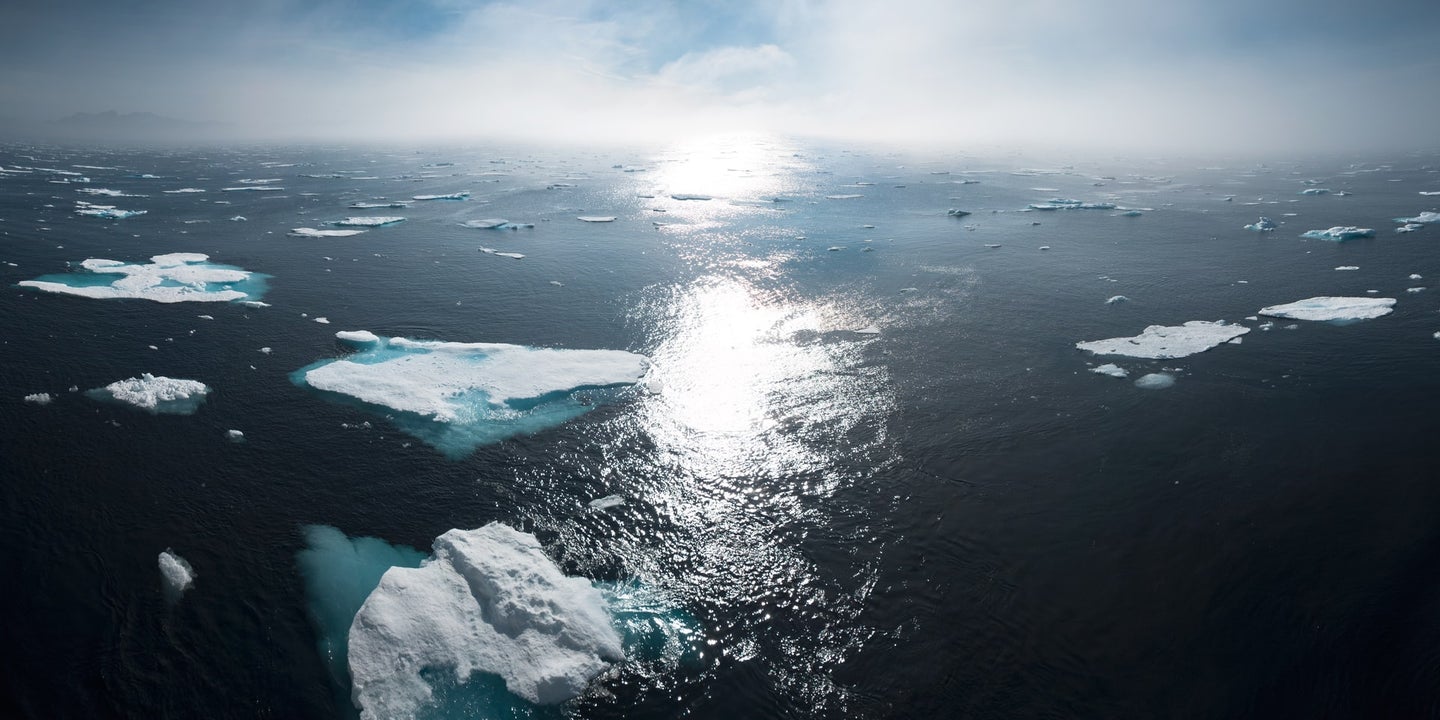 While human-induced global warming is an obvious culprit in the worsening wildfires seen across the planet, a group of researchers have found evidence of one surprising factor in particular: ice loss in the Arctic could be adding fuel to infernos in the Western United States.

Arctic sea ice has been declining since the 1970s, and according to one dire estimate, this drop will leave the ocean nearly ice-free by the 2050s. The loss of this Arctic ocean cover may have profound effects much further south. Climate scientists refer to such a link as a teleconnection—the effect that two different climate conditions located in distant regions can have on each other. Hailong Wang, a scientist at the Pacific Northwest National Lab and one of the co-authors of the study, explains that atmospheric circulation patterns drive the bulk of these phenomena.

In this case, the researchers say, a reduction in sea ice cover leads the ocean to absorb a lot more sunlight during the summer. Later on, when the season cools and that heat is released into the atmosphere, it interacts with the cold air to create a low pressure system. This cyclonic rotation can then move south, creating a polar jet stream that is diverted from its usual course and draws moisture away from the Western US, in turn creating a high pressure system somewhere else. This ushers in hotter and drier weather, leading to fire-favourable conditions such as increased fuel aridity, which is a measure of how dry combustible material like grasses and trees are.

In order to establish this link, the researchers used satellite data from 1981 to 2019 to check sea ice concentrations at monthly intervals, as well as other daily and monthly variables such as air temperature, humidity, and precipitation. Yufei Zou, the lead author on the paper, also created a fire model to assess the relationship between fires, climate, and regional ecosystems.

[Related: Lightning strikes could double in the Arctic this century, setting the tundra on fire]

To make sure that the model was only examining the relationship between Arctic ice and wildfires, the authors paused the effects of all other variables, such as rising temperatures. That allowed them to see how the different pressure systems and conditions over the Western US evolved alongside the diminishing sea ice cover.

After analyzing six years worth of data where sea ice was at its highest and six years where it was at its minimum, Wang found that the state of the sea ice had as much of an impact on wildfire risk as natural variability—the normal cycles that affect the climate from year to year.

While Wang and his colleagues focused on defining the relationship between two extreme events—melting ice in the Arctic and more severe and frequent wildfires in the Western US—several other studies have highlighted more direct effects of human induced climate change, such as warming temperatures and forests that are more susceptible to burning.

The number of wildfires in the Western US doubled between 1984 to 2015. This teleconnection between Arctic sea ice and wildfires gives us more information on how the natural world is changing as the planet gets warmer, which could help us better prepare for worsening wildfire seasons. But that means putting time and money into figuring out how, exactly, humans stand to be affected—and how we can mitigate that risk. Olivia Romppainen-Martius, a climate impact researcher at the University of Bern in Switzerland who was not involved with the new study, is eager to see how findings like these can be used to save lives.

“The next step is to translate this information into adaptation—basically into actions that reduce the vulnerability and reduce the exposure,” she says.