And you thought it was getting cold where you live 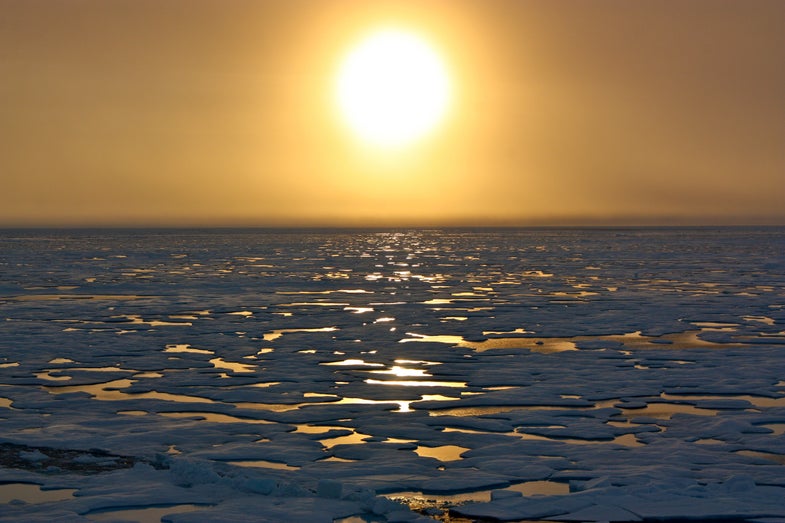 When it comes to travel, the Arctic is not a typical destination, especially in the depths of winter. And even the most hardy travelers will tend to stick to the land. But for two Norwegians, home for the next several months is the moving sea ice of the Arctic.

As the New Scientist reports, Yngve Kristoffersen, a scientist at the University of Bergen and explorer Audun Tholfsen have been adrift on the sea ice since August. Their home base is the hovercraft Sabvabaa, which was placed onto the ice with scientific equipment and enough supplies to last 18 months.

The small team is busy collecting a wealth of scientific data during their time on the ice, including monitoring the ice, weather, taking geological samples of the ocean floor, and keeping an eye out for wildlife. In particular, they are looking for evidence of what the climate was like in Arctic the Late Cretaceous, and for evidence of a possible asteroid impact.

The hovercraft Sabvabaa can traverse both solid ice and water. Traveling by hovercraft also uses less fuel than an icebreaker, and leaves less of a footprint, literally. The Sabavabaa (which means ‘flows swiftly over it’ in Inuit), exerts less pressure on the ice than a seagull standing on one leg.

Their expedition is named “the Fram”, after one of the first studies of polar ice from the 19th century. The Fram was a wooden ship built by Norway in 1892 to withstand the polar ice. The Fram was purposefully sent into the polar ice in 1893, and spent the next three years drifting with the pack ice across the Arctic, eventually making it home intact. The Fram later played a role in Norway’s exploration of the Antarctic, and has sailed further north and further south than any other wooden ship.