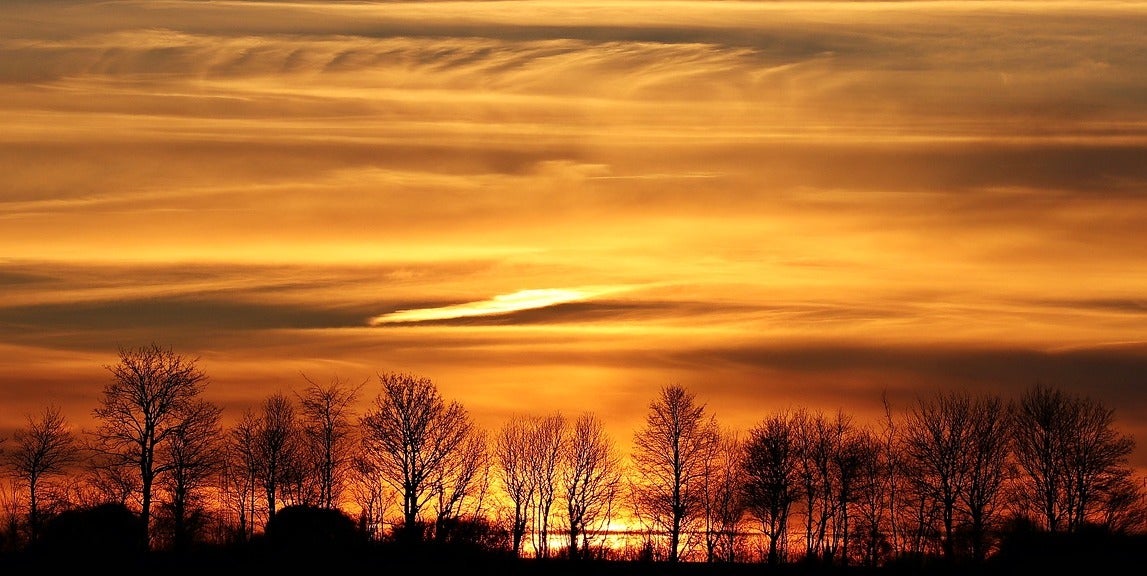 An individual tree has roots and, of course, it doesn’t move. But trees, as a species, do move over time. They migrate in response to environmental challenges, especially climate change. Surprisingly, they don’t all go to the Poles, where it is cooler. As it turns out, more of them head west, where it is getting wetter.

Sure, some species, such as evergreens, are heading to the Poles to escape the heat. But others, like certain oaks and maple, are going west in search of rain. For the most part, “tree migrations are moisture related,” said Songlin Fei, associate professor at Purdue’s University’s department of forestry and natural resources, who has studied this phenomenon in recent years. “Precipitation has a stronger near-term impact on species shift than temperature.”

Both trends are a consequence of climate change, which is producing more heat and heavier rainfall, fueling deforestation. This is worrisome, as forests soak up carbon from the atmosphere, and recent evidence suggests that soil is exhaling carbon dioxide faster than trees can take in. The migration of trees may help preserve individual species, but also threatens to destabilize forest ecosystems.

Fei analyzed the movement of 86 tree species from across the Eastern United States between 1980 and 2015 using using field data obtained from the U.S. Forest Service. He found that 73 percent of tree species shifted to the west, while 62 percent moved poleward.

“The majority of the species moving westward are broadleaf species that can better handle flood and drought, and have a large seed mass, which improves the seedling’s ability to survive,” he said. “One example of westward shift species is Scarlet Oak. Miss Scarlett was ‘gone with the wind,’ but Scarlet Oak is ‘gone with the rain.’”

Researchers compared the distribution of trees in 1980 and 2015, calculating the distance and direction of the trees’ movement. During the more than three decades covered by the study, the mean annual temperature in the eastern United States, where they collected the data, rose around 0.3 degrees F on average, Fei said. The northern areas of that region saw among the largest temperature increases, he added. Precipitation patterns in the regions also changed during those years, as increasing heat spurred in widespread droughts, another reason for trees to gravitate toward the rain, he said.

The scientists’ initial findings appeared in a study published in the journal Science Advances last year. Fei and his team currently are working to update the earlier results, hoping to publish their new findings soon. The researchers have concluded that changes in rainfall and temperature have put “the resilience and sustainability of various forest ecosystems across eastern United States in question,” Fei said.

To be clear, the study focused only on the eastern half the country, meaning tree species didn’t move to, for example, California, Oregon, or Washington. In fact, the transition was gradual. “Species, on average, moved about 10 miles per decade, or about one county during the study period,” Fei said.

The trees have picked up on the trends driven by climate change, moving from regions getting less rainfall than in the past to those that are getting more. Even though the Southeast still gets more rainfall than the Midwest, it’s been receiving less in recent years than its historical average, Fei said. At the same time, rainfall has been increasing in the Midwest. “Reduction of moisture in the Southeast and increase of moisture in the Midwest is one of the major reasons caused the shift of species,” he said.

Fei said it helped that the team could use real-world data for its analysis, and that they did not need to rely on traditional computer modeling. “It is not future predictions,” he said. “Empirical data reveals the impact of climate change is happening on the ground now. It’s in action.”