African rainforests are stronger carbon sinks than the Amazon

Per hectare, African rainforests suck up more carbon than the Amazon. 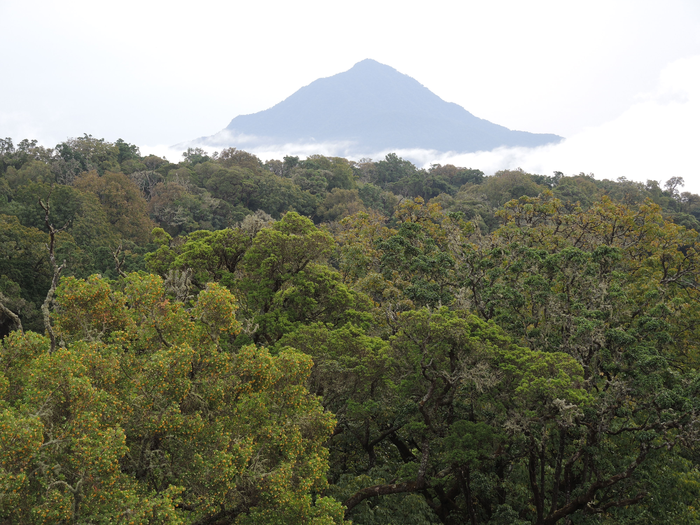 Africa's forests are an important carbon sink. They are also at risk of deforestation. Jiri Dolezal
SHARE

It’s a given that tropical rainforests and other large portions of forests around the world provide life-providing oxygen for millions of people across the globe. Not only are forests the lungs of the world, but they protect biodiversity and provide a multitude of natural resources.

Forests also act as carbon sinks by sucking up more carbon dioxide than the forests produce—regulating some of the CO2 in the atmosphere. The carbon is deposited in parts of the forest biomass, like roots and leaves, and in the soil.

A new international study that was recently published in Nature found that intact tropical mountain forests in Africa store about 150 tonnes of carbon per hectare, over 1.5 times more than they were originally thought to absorb. A single hectare of those rainforests, which is about the size of two and a half football fields, absorbs the equivalent of emissions from powering 100 homes with electricity for a year.

This means that some African rainforests actually store more carbon per unit area than the Amazon rainforest. African mountain rainforests were previously thought to absorb about 89 tonnes of carbon per hectare, which underestimated their importance to global carbon sequestration and climate regulation.

[Related: ‘Ghost forests’ are spreading across US coastal regions.]

Lead author Aida Cuni-Sanchez, a postdoc at the University of York’s Department of Environment and Geography and at Norwegian University of Life Sciences, explains that one of the more exciting findings from the research was discovering that forests found in mountains are expected to absorb lower levels of CO2 due to lower temperatures, more cloud coverage, and slower tree growth. The scientists measured the diameter, height, and species of more than 70,000 trees in 44 mountain sites across a dozen African countries including Guinea and Ethiopia to understand how the different trees absorb CO2.

“But unlike other continents, in Africa we found the same carbon store per unit area in lowland and mountain forests. Contrary to what we expected, large trees remain abundant in mountain forests, and these large trees (defined as having diameters over 70 cm) store a lot of carbon,” Cuni-Sanchez said in a press release.

However, the researchers are concerned with the ongoing loss of these forests due to deforestation in the continent. Trees are cleared for a variety of reasons including commercial logging, rapid urbanization, and commercial agriculture.

“This carbon store is endangered: we estimate that 0.8 million hectares of old-growth African montane forest have been lost since 2000,” they wrote in the study’s abstract.

An estimated five percent of the continent’s tropical mountain rainforests have been cleared since 2000. Deforestation in Africa not only disrupts the ability to regulate CO2 levels, but is also connected to an increased risk of landslides, which could endanger more people if the rate of deforestation continues.

“While we know what makes African forests special,” Cuni-Sanchez says, “we don’t yet know why they are different.