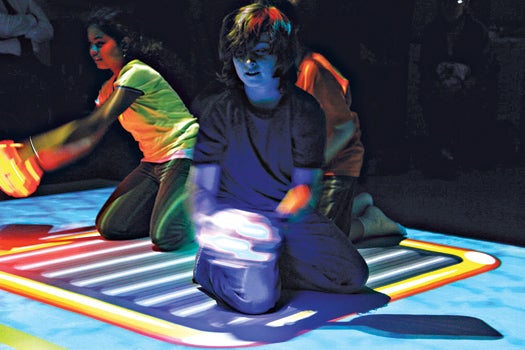 An 11-year-old boy taps furiously on a laptop, blasting enemies as he weaves through a maze. They wipe him out before he can reach the end—game over. Frustrated, he opens the game’s programming window, adjusts the gravity setting, and this time bounds over the baddies. Victory!

This could be the future of American education, and that’s not necessarily a bad thing. The Quest to Learn school opened last September in Manhattan, welcoming the first class of sixth-graders who will learn almost entirely through videogame-inspired activities, an educational strategy geared to keep kids engaged and prepare them for high-tech careers. 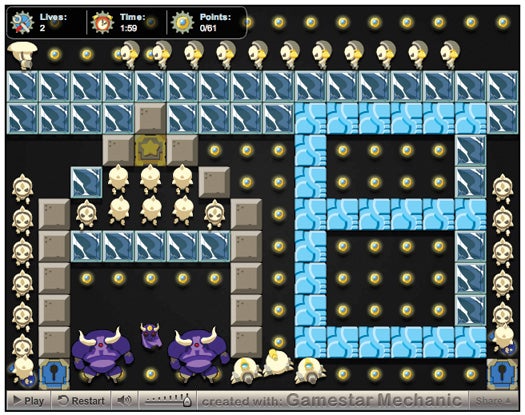 Ever since Pong, videogames have outperformed teachers in one key way: They command attention for hours. “Games are exceptionally good at engaging kids,” says Quest’s main designer Katie Salen, a game designer and technology professor at the New School university. “They drop kids into complex problems where they fail and fail, but they try again and again.” She knew, though, that when kids face tough problems in school, they sometimes just give up, which is partly why only a third of eighth-graders earn “proficient” math scores on national assessment tests.

With this in mind (and with MacArthur Foundation funding), three years ago Salen started the Institute of Play, a nonprofit collaboration of game designers and learning experts who create games to teach school material. After successful tests in city classrooms, the group worked with the New York City Department of Education to open Quest to Learn.

This year’s 72-student class is split into four groups that rotate through five courses during the day: Codeworlds (math/English), Being, Space and Place (social studies/English), The Way Things Work (math/science), Sports for the Mind (game design), and Wellness (health/PE). Instead of slogging through problem sets, students learn collaboratively in group projects that require an understanding of subjects in the New York State curriculum. The school’s model draws on 30 years of research showing that people learn best when they’re in a social context that puts new knowledge to use. Kids learn more by, say, pretending to be Spartan spies gathering intel on Athens than by memorizing facts about ancient Greece. 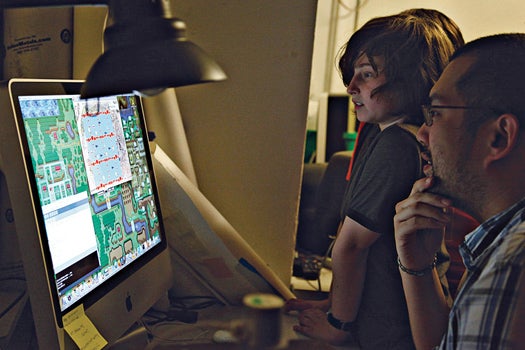 caption (image with computer): Students check his level design for a game his team has modified to encourage strategic thinking around the management of resources.

Most sixth-graders don’t expect to ever need to identify integers, but at Quest, it’s the key to a code-breaking game. In another class, when creatures called Troggles needed help moving heavy objects, the class made a video instructing how long a ramp they should build to minimize the force they needed to apply. “They’re picking concepts up as well as, if not better than, at other schools,” says Quest’s math and science teacher Ameer Mourad. Beyond make-believe, Quest is the first middle school to teach videogame design. Salen says building games teaches students about complex systems, which will prepare them for growing fields such as bioinformatics.

The plan is for this class to attend Quest through high school, adding more sixth-graders every year. Although students must pass the annual standardized tests that all public students do to keep a school open, educators so far are impressed. “We need new ways to create a passion for learning,” says Gregg Betheil, a New York City Department of Education director who helped Quest’s application. “The planning has been extremely thoughtful. It seemed like a chance worth taking.”

Salen has pilot studies to back up that risk; however, she won’t know if the school prepares kids for real-world success until the first class graduates. But Quest has already proved itself in one area: The kids love it. “It’s fun,” says student Nadine Clements. Her least favorite part of school? “Dismissal.”