This ancient optical illusion is a 14,000-year-old puzzle 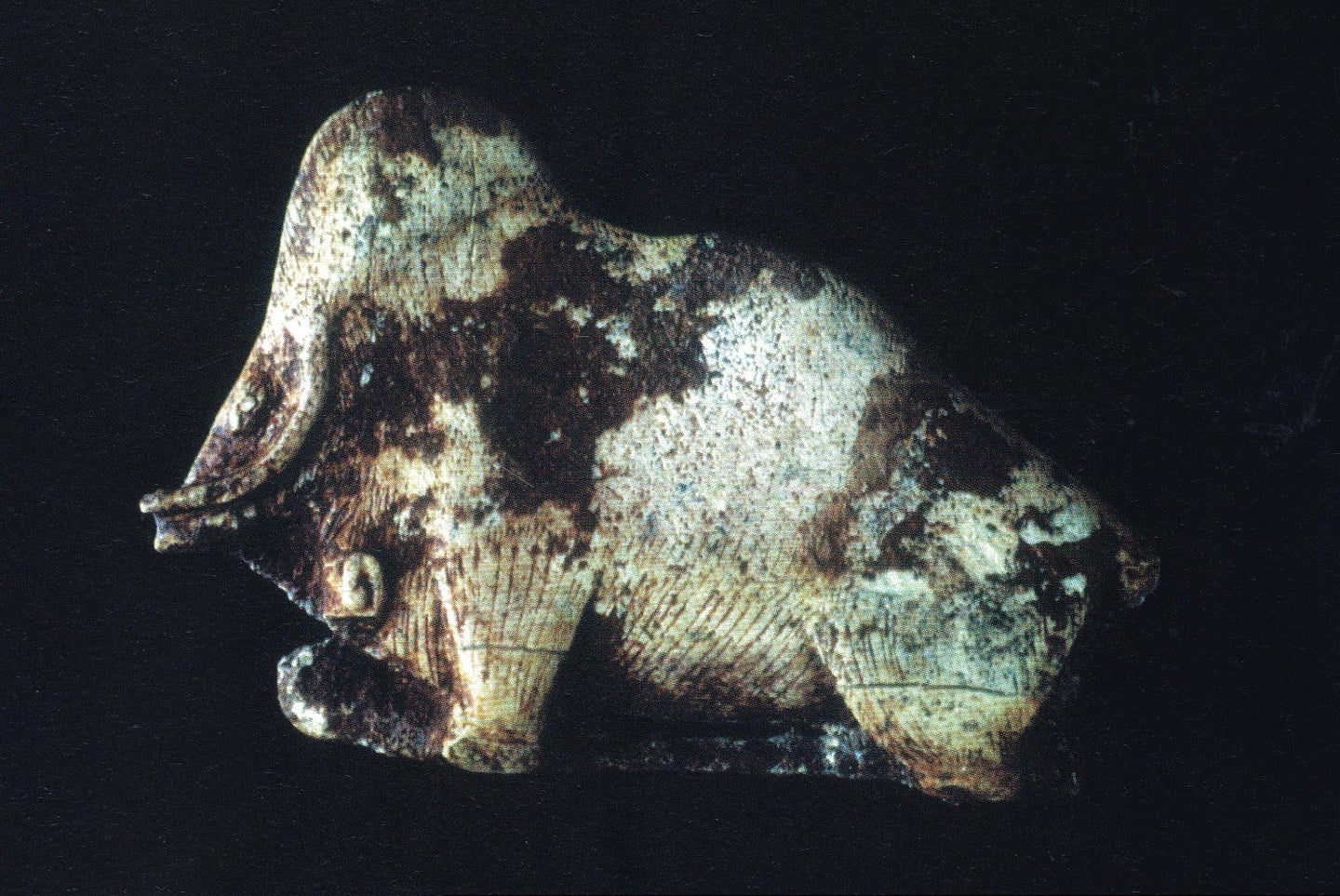 Which animal do you see? Mammoth or Bison?. Duncan Caldwell
SHARE

This carved ornament was fixed on a hunting tool more than 14,000 years ago, but the illusion remains. Concentrate on the higher eye-​­shaped notch on the left side, and a tusk curves below it, revealing a mammoth. Stare at the one lower down, and that pointed tooth becomes a bison’s horn as the beast bows its head. You might recall a similar 19th-­century illustration: It’s a duck until the bird’s bill morphs into a pair of rabbit’s ears.

The rabbit-duck is a type of illusion called an ambiguous figure, and while we can’t know the ancient carver’s intent, this prehistoric knickknack is one too. According to Kyle Mathewson, a cognitive neuroscientist at the University of Alberta, the flip-​­flopping happens because the mammoth and bison share the same basic outlines. Your brain’s visual cortex makes sense of this low-level information, and then hands it off to a set of high-level processing neurons, which parses features like fur or tusks. This way, two different results stem from the same set of lines. ­Mammoth, bison; ­tomato, tomahto.