These genetic ‘goggles’ could help us engineer wildly resilient crops

Making up for a lack of genetic diversity. 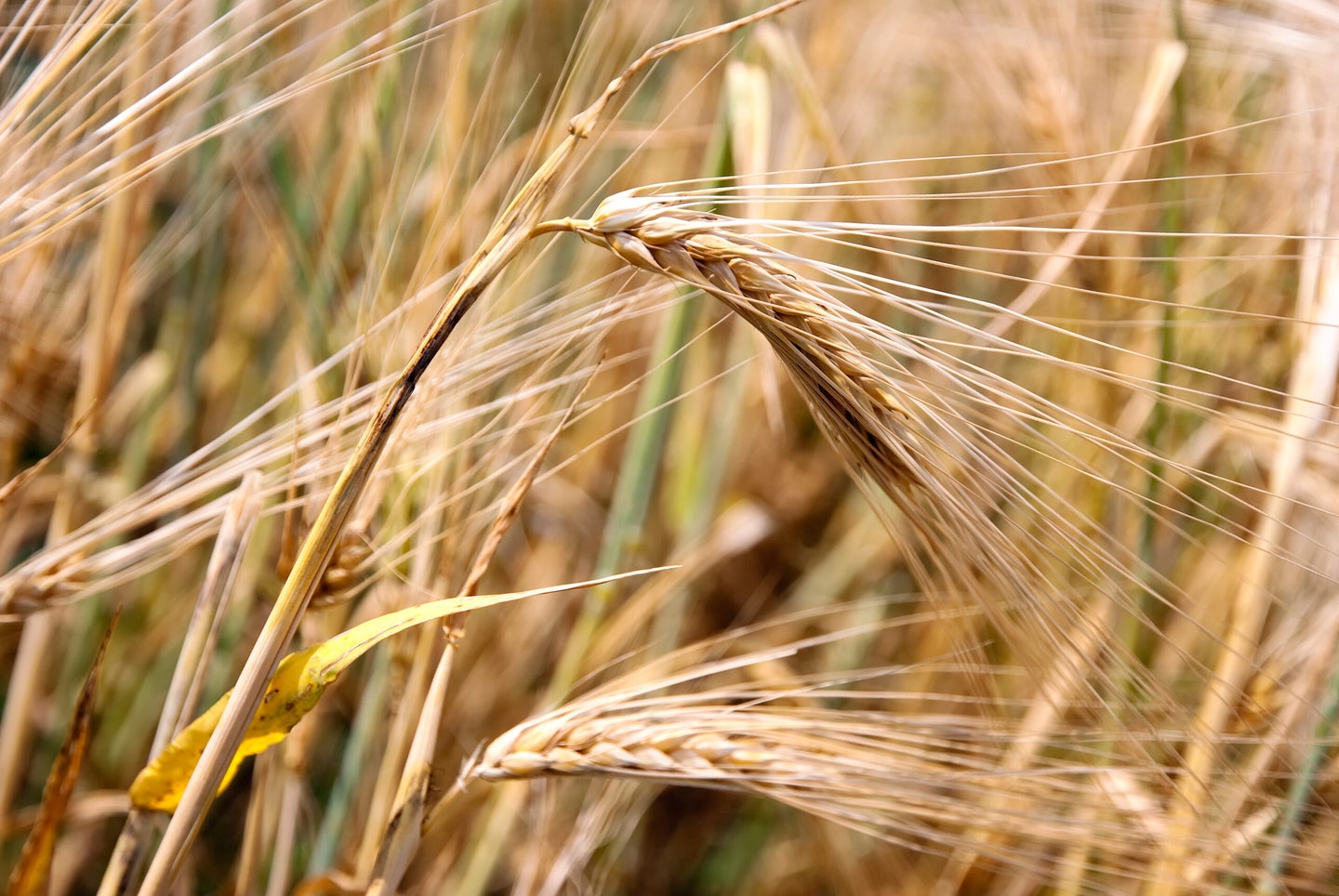 Stem rust. Crown rust. Wheat blast. Powdery mildew. These whimsically-named diseases and others like them have devastating impacts for farmers and the people who rely on their bounty. A new method for finding disease-resistance genes in the wild cousins of domesticated crops could improve our ability to fight back.

In the wild, interbreeding is one of the ways plants remain genetically diverse. Domesticated crops don’t do this, so they have far less genetic diversity. If an illness can kill one of them, it likely can kill them all—so without diverse genes for disease resistance, domesticated plants like wheat and oats are vulnerable to contagion. As crops became domesticated, they also became genetically dissimilar from their wild relatives in ways that prevent the two from interbreeding. The biggest effect of this is food instability: whole crops can be quickly wiped out by diseases. In Bangladesh, for instance, wheat blast—a fungus endemic to South America—arrived in 2016 and has already done serious damage in a region of the world where the rate of people who are malnourished is high.

“The way we deal with that in most modern intensive cropping systems is to douse our crops with chemicals,” says lead study author Brande Wulff, a biotechnologist at the John Innes Centre in the United Kingdom. That’s not good for the environment—and it’s not always effective—but there aren’t a lot of other options at present.

Agriculture researchers have been actively combating disease for a long time by interbreeding domestic crops, like wheat, with wild relatives, but it takes more than a decade to produce a commercially viable strain. This involves identifying disease-resistant aspects of the wild plants and trying to introduce those genes into the crop plant—a process that can take generations of breeding.

Wulff’s team developed a new method to speed the process up using a technology called AgRenSeq. It’s a tool that relies on a database of information about disease-resistant genes in wild plants to find analogous genes in other crops. It acts like “goggles” that allow researchers to look at the whole genome of a wild plant, says Wulff, and quickly isolate the genes they want to introduce into the domesticated crops.

“There was a lot of skepticism, so it was very gratifying to be able to show that it worked,” says Wulff. The paper they published shows that researchers were able to use AgRenSeq to quickly isolate four resistance genes in a wild relative of domesticated bread wheat. “Quickly” here is a relative term: they did the job in months, rather than the years it would have taken using traditional methods.

“This methodology really allows you to move the resistance much more efficiently,” says Allan Fritz, an agronomist from Kansas State University who was not involved in the study. Fritz’s lab works on wheat breeding. “We know that these wild relatives harbor important resistance genes,” he says. But the genomes of these plants are huge and full of non-relevant information like transposons, says Wulff. The new method gives researchers “tags to be able to pull [genetic information] out,” says Fritz.

Researchers can use that info to speed up the rate of traditional cross-breeding or even combine it with gene editing technologies like CRISPR to introduce resistance more quickly.

The technology is still in early stages, but it has the potential to become very important, according to Jo Deborah Heuschele, a plant physiologist at the University of Minnesota. “With global climate change, diseases are becoming even more of an issue,” she says. “They’re moving and changing much faster.” There are a host of reasons for this: warm temperatures support disease growth; hurricanes can help disease spread by bearing the infection to new places; drier climates can help pathogens stay alive longer.

Diseases are good at evolving quickly to take advantage of these factors—that’s what makes them so successful. Plants, on the other hand, take longer to adapt. Heuschele, who was not involved with the current study, works on outbreaks in oats, and she says her lab is already talking about potential ways to work with AgRenSeq.

In time, Wulff hopes, “we should be able to produce crops that would be immune to certain diseases.”