Gray Matter: Recasting The Highly Hazardous Toys of the Past

Gives new meaning to the term "getting the lead out" 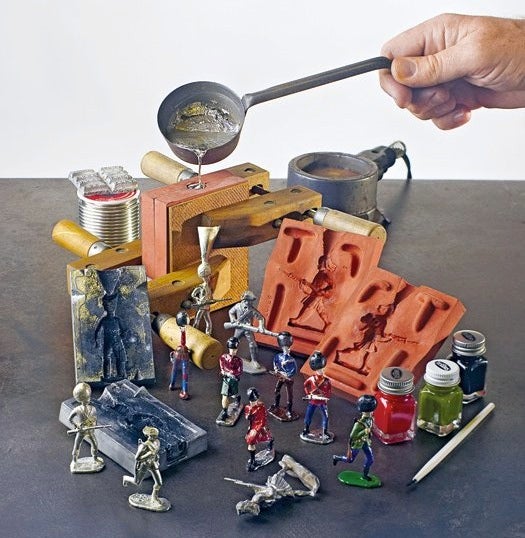 Making tin soldiers from molten lead alloy was a popular activity among children as recently as the 1960s. These soldiers were made from lead-free plumbing solder. Mike Walker
SHARE

Among the most strictly enforced consumer-protection laws are those banning lead in toys. Lead is an insidious poison: It’s slow-acting and results not in immediately noticeable effects like rashes but in behavioral problems and a slightly lowered IQ. Even a very small amount of it is harmful. Yet a few decades ago, a lot of the most popular playthings were made from solid lead, including tin soldiers.

Considering all the lead toys produced in those days, tin soldiers sound pretty benign. “Tin” is a something of a misnomer, though. The soldiers were not made primarily of tin but of a lead-tin alloy containing 60 to 75 percent lead, with the rest being mostly tin and antimony. Sometimes they were cast from “hard lead,” a group of alloys typically found in bullets, which contain nearly 95 percent lead with just a bit of antimony for hardness.

Children didn’t just play with these little chunks of neurotoxin; they often cast them in their own kitchens, using kits that came with a melting pot, a ladle, some sticks of lead alloy and a selection of soldier molds. After casting, kids filed them smooth (spreading lead dust all around). Then they decorated their armies with a variety of paints, most of which were lead-based. 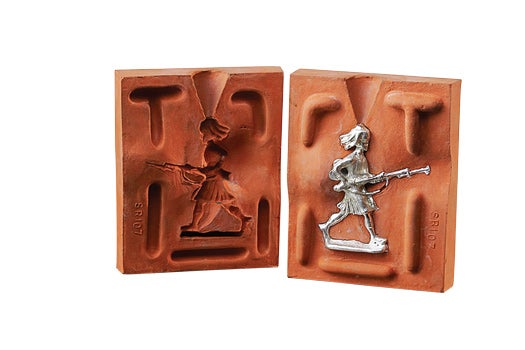 Unsafe at Any Temperature

Lead has been known to have harmful effects since Roman times, but just how bad still isn’t known.

Safety standards, thankfully, have progressed significantly since then. At today’s standard, 100 parts per million or less, just one of those old soldiers contains enough lead to render several million toys unfit for sale in the U.S. Although such safety requirements have no doubt helped reduce the number of leadpoisoning cases, they may not be stringent enough. Unlike with most toxic substances, there is no limit below which lead is known to be harmless. As more evidence of lead’s deleterious effects on the brain accumulates, it would not be surprising to see the 100-ppm standard lowered further. If you really want to play with tin soldiers safely, you’ll have to find some vintage silicone rubber molds and cast them from lead-free plumbing solder, as I did.