Cast your own bogus bullion. 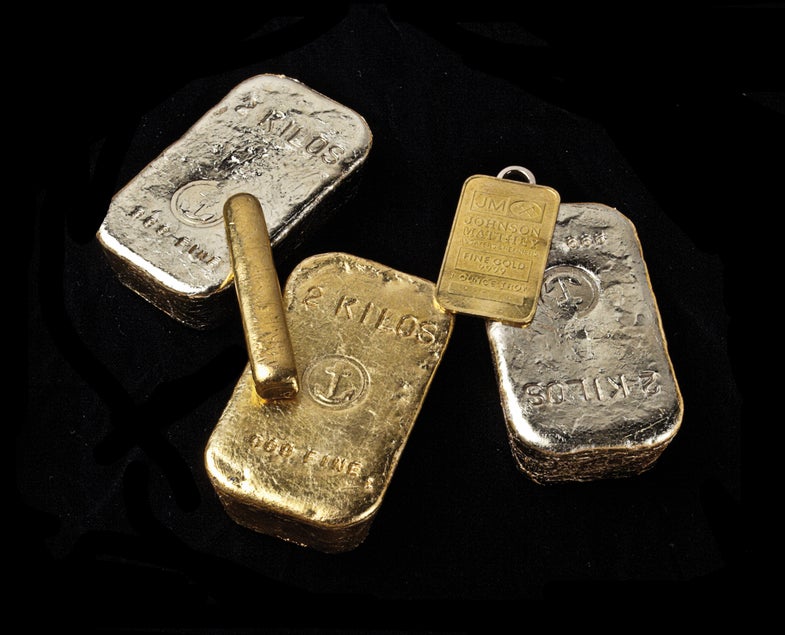 Last September, a New York City gold dealer spent $72,000 on his worst nightmare: fake gold bars. The four 10-ounce counterfeits came with all the features of authentic ingots, including serial numbers. That’s pretty scary when you consider how many people own gold—or think they do.

I’ve been a fake-gold fan ever since author Damien Lewis wrote me into his 2007 spy thriller, Cobra Gold. My supposed experience making fake gold was pure fiction, yet I’m still treated as a source on the matter. I decided it’s time to call my own bluff and make some real bogus bullion.

Instead of a 10-ounce ingot, I cast a two-kilogram (4.4-pound) fake the size of a Twinkie cake. A Twinkie heavier than four pounds? Yes, gold is dense, much denser even than lead. Good forgeries must have the right weight, and there is only one element as dense as gold that’s neither radioactive nor expensive. That’s tungsten, which can cost less than $50 a pound. 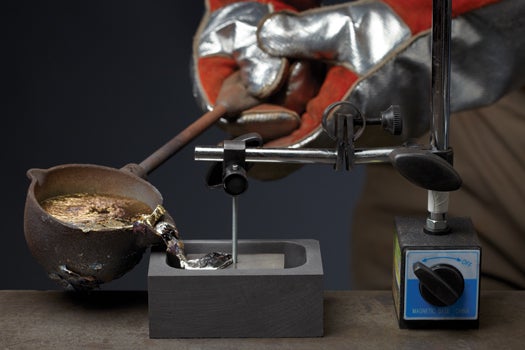 Molten lead-antimony alloy is poured around a tungsten core inside a graphite mold.

To fabricate a convincing fake, crooks could pour molten gold around a tungsten core. The bar would have a near-perfect weight, and drilling shallow holes would reveal nothing but real gold. A two-kilogram bar made this way would cost about $15,000 and be “worth” about $110,000. Since I have to work within PopSci‘s modest budget, and I’m not a criminal, I settled for a fake costing about $200 in materials. 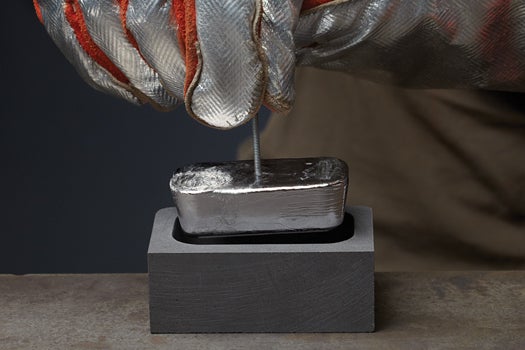 A rod (later removed) suspends the tungsten core to ensure a full coating of lead-antimony.

I encased a tungsten core in a lead-antimony alloy, which is roughly as hard as gold. That way it feels and sounds right if touched and knocked. I then covered the alloy with genuine gold leaf to give my bar its signature color and luster. 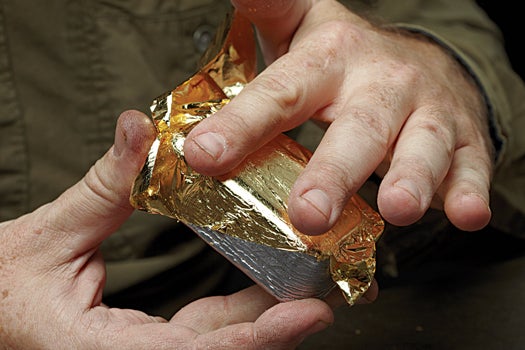 Covering the bar with gold leaf—about 4 millionths of an inch thick—lends it the correct color.

My fake wouldn’t fool anyone for very long (a fingernail can scratch off the gold leaf), but it looks and feels remarkable, even next to my real 3.5-ounce solid-gold ingot. Or at least I think that one’s real.