Can I Update the Software on My Old Android Phone?

How comfortable are you with some minor hacking that will almost certainly void your warranty but can vastly improve your phone? 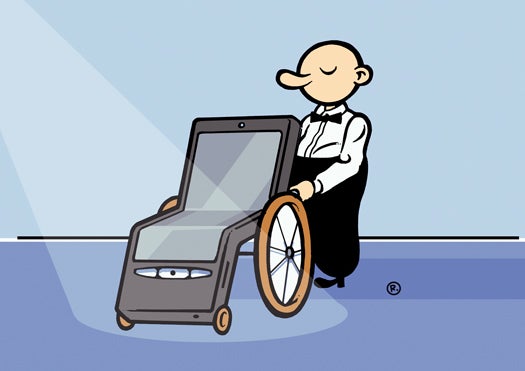 Manufacturers of Android smartphones often won’t provide an updated, custom version of the operating system for models they no longer sell, so users can’t take advantage of new features. For older phones, there’s a workaround: CyanogenMod, a free OS built from the source code for the latest versions of Android that Google releases to developers. CyanogenMod is very similar to the official Android platform, but it includes a few extra features, such as Wi-Fi tethering, a screenshot tool, and more security and power-management settings. Many users also say it runs faster than their phone’s original Android software.

To upgrade, users usually have to back up the original operating system and then “root” the phone, or disable the security settings that protect its OS from being modified, using a program such as SuperOneClick (free; shortfuse.org). Keep in mind that installing the system incorrectly could render the phone inoperable, and that running an unofficially supported OS could void the phone manufacturer’s warranty.

Though rare, official updates for certain older-model Android phones have come out after the release of the CyanogenMod community’s version. Check the phone manufacturer’s site to see if an update is available before installing CyanogenMod.

Howard Wen is a technology reporter.