Build a robot that plays Angry Birds for you 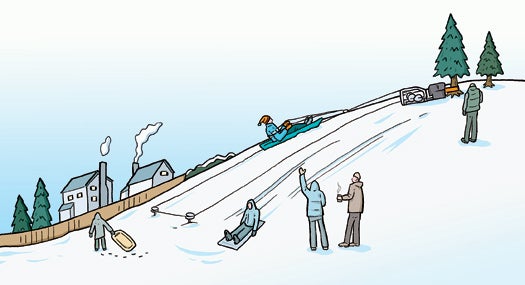 Sure, you can buy fun things. But if you make them, you get the fun of construction plus the fun of use, with a dash of satisfaction and an anecdote to tell anyone who uses your creation. These three projects–a sledding winch to get you up a hill, a giant version of the board game Operation, and an Angry-Birds-playing robot–are all homemade.

Two years ago, Web developer Josh Smith and telecom engineer Brian Freed took their families sledding at an old ski resort in Pennsylvania but found that the 45-minute walk to the top of the 1,200-foot hill limited their runs. By the next winter, they had a solution to the problem: a homemade sledding lift. Built from a go-kart motor, the winch can pull three adults, or two adults with two children. The sleds are tethered to a rope that moves in a continuous loop over pulleys at both ends of the hill, pulling sledders 1,050 feet up. Riders can now make it to the summit in just three minutes. This year, the duo modified the winch so they can use it in the water during the summer for “winch boarding,” a sport in which a surfer is towed speedily across the surface by the device. 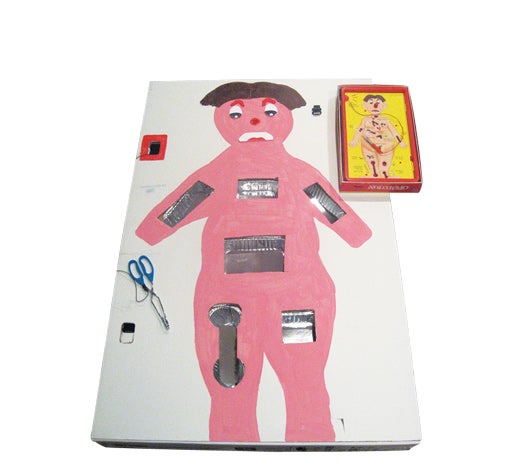 Joshua Zimmerman built a giant version of the classic game using parts he had around his house.
1. Paint a wide, flat box white.
2. Draw the outline of a body, and holes for the “organs.” Cut out the holes.
3. Wire a buzzer, five red LEDs for the nose, and a tin oven tray for each hole to a pack of three AA batteries.
4. Cut an opening into the box’s back. Tape the electronics and trays in place.
5. Attach a wire from a pair of metal tongs to the circuit, and test that they set off the buzzer when they contact the trays.
6. Paint the body.

For details, check out Instructables. 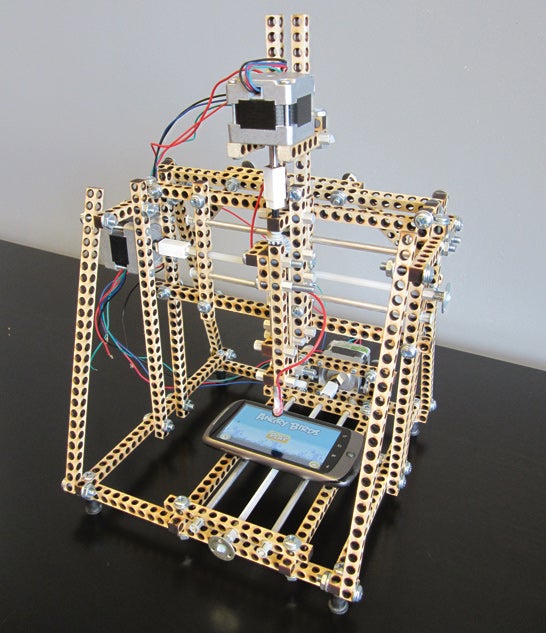 Those green pigs have a new mortal enemy: an Angry Birds–playing robot. Jason Huggins, a software developer at Chicago’s Sauce Labs, originally built a motorized finger for another project, but when he realized he could make it click controls on a touchscreen, he decided to use it to operate a smartphone. Huggins laser-cut the grid beams for the frame from basswood and covered the tip of the aluminum finger with conductive foam that he found in computer-chip packaging; contact with the material causes a change in current that the phone’s touchscreen can sense.

To play the game, he sends commands from a laptop keyboard to three stepper motors via an Arduino-based controller. Next, Huggins says, he will make the design open-source and create software that controls the robot’s movements so it can play on its own.