Sugar seems harmless, but in powder form it can be a deadly explosive 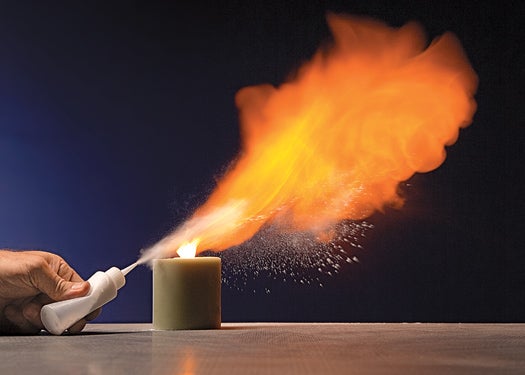 Blowing too low made the candle flame go out; too high, and the sugar didn't catch. But when done just right, the room filled with heat, light and the pleasant smell of burned sugar. Mike Walker
SHARE

It’s all sweetness and light until the sugar hits the fan. In 2008 the sweetener killed 14 people in Georgia — not from diabetes or heart disease, but in a violent explosion. Absence of regulation, ineffective enforcement, and lack of preparation for the potential danger led to the Imperial Sugar factory disaster, one of the worst industrial accidents of our time.

Any substance that burns at all can be made to burn bigger and faster by increasing its surface area, thus increasing its access to oxygen. Fine powders can have very large surface areas, making materials such as flour and sugar, which barely burn when in bulk form, explosive enough to demolish a factory.

To demonstrate the awesome power of confectioners’ sugar, I blew a stream of it over a candle flame, creating a two-foot-long burst of fire. If the powder is instead dispersed in an enclosed space before ignition, it all burns in a fraction of a second. With nowhere for the pressure to go, it will cause a thundering explosion.

But there’s still a ways to go. A few years ago, I watched my neighbor auger his beans up into my spare grain bins. The air was thick with dust — and he was smoking a pipe. We didn’t die that day, but seeing him with that glowing pipe in his mouth was one of the scariest experiences of my life. 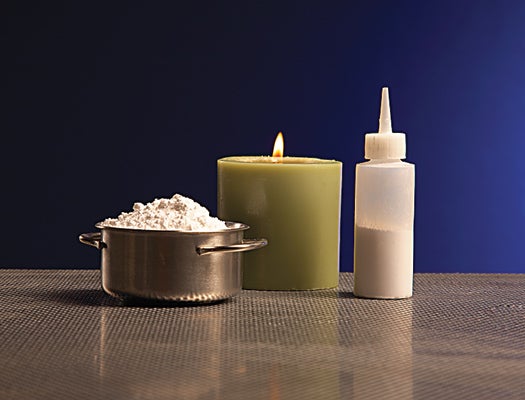 The author used a candle, a plastic bottle and fine confectioners’ sugar. Regular granulated sugar did not work, but a turkey baster could substitute for the squeeze bottle.

ACHTUNG! Never light flammable dust in a closed container: It really is explosive. Lit out in the open, the resulting fireball can singe or set on fire anything flammable in the area.