For an illustrated photo how-to, launch the gallery.

As liquid Evaporates, it gets cold. This effect, familiar to anyone who has been wet, happens because it takes energy to turn a liquid into a gas, and that energy comes from heat drawn out of the liquid. How that interaction works is one of the most complicated subjects in science, but what´s important is that it can be used to make ice cream.

Now, you can´t just let cream evaporate and expect to get ice cream. Water in the open air won´t freeze from evaporation alone. But evaporating pressurized liquid carbon dioxide (CO2) draws so much
energy out of it that about a third ends
up frozen solid: That´s dry ice.

Where do you get a tank of liquid CO2? From a fire-equipment dealer, of course (try smokesign.com). Discharge a 10-pound CO2 fire extinguisher full blast into a pillowcase for about 10 seconds, and you´ll have several pounds of finely powdered dry ice. (Don´t play with it though. Dry ice can give you frostbite in a few seconds.)

Then it´s a simple matter of pouring it into a bowl of ice-cream ingredients-two cups each of half-and-half and heavy cream, twoeggs, three quarters of a cup of sugar, two teaspoons ofvanilla and a dash of salt-and stirring until frozen. Add the dry ice slowly to avoid hard-as-rock syndrome. I had to microwave my batch to get it back to merely frozen.

So is it edible? Because they´re intended to be used in restaurant kitchens, CO2 fire extinguishers are usually filled with food-grade CO2. (Do not try this with a dry-chemical fire extinguisher.)

The result is â€ interesting. Carbon dioxide is what makes soda fizz, so the ice cream actually comes out carbonated. Not bad, but don´t expect to see CO2 Crunch in the ice-cream case.

For an illustrated photo how-to, launch the gallery. 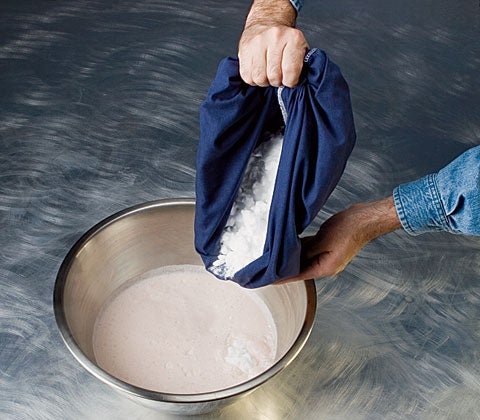 2. Mix all the ice-cream ingredients in an oversize mixing bowl. 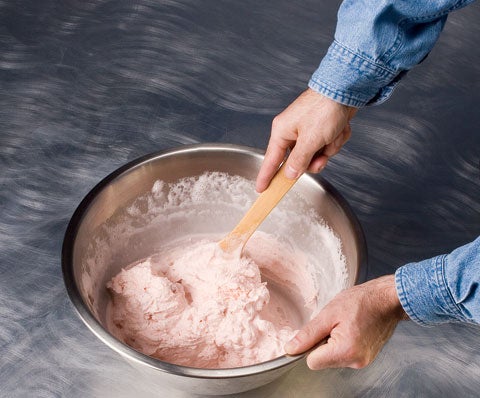 3. Fold in the cold slowly: Add dry-ice flakes a bit at a time, and keep stirring. 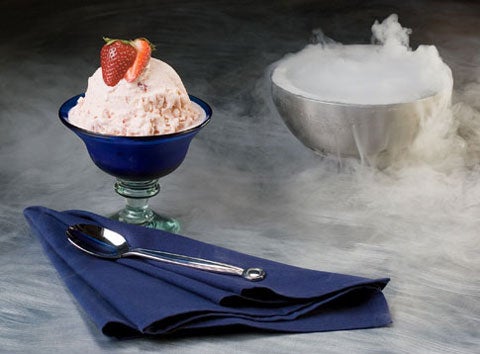 4. Dig in. Ice cream made with a fire extinguisher is perfectly edible. Just don’t eat any hard lumps, which could be leftover dry ice. 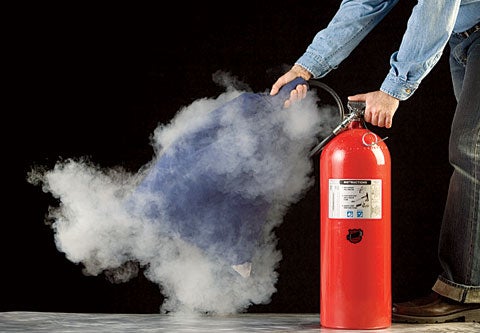