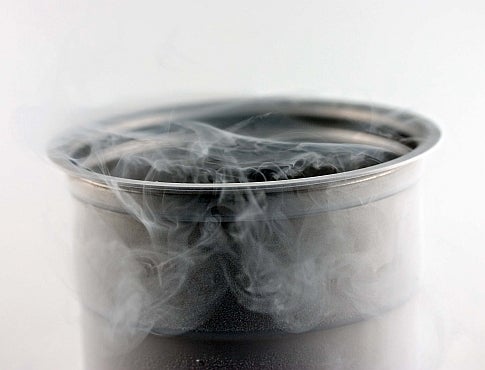 In kitchens all around the world, cooks are experimenting with liquid nitrogen. It is a dramatic and very useful culinary tool that can cool or freeze things in an instant. It is made of pure nitrogen in a liquid state. Daniel Rutherford discovered the element nitrogen in 1772. It makes up 78.1% of the earth’s atmosphere by volume. In its gaseous state, nitrogen is odorless, colorless, non-flammable, non-toxic, and largely inert. Nitrogen is found in organic materials, foods, explosives, fertilizers, and poisons. The single largest industrial use for nitrogen is combining it with hydrogen to produce ammonia. The ammonia is then used in many different products such as nitric acid, urea, hydrazines, amines, fertilizers and laughing gas.

Liquid nitrogen is a relatively inexpensive cryogenic liquid. It is created by fractional distillation of liquid air. Fractional distillation is the process of separating chemical compounds by their boiling points. Nitrogen has a lower boiling point than oxygen, so it can be distilled and collected from the liquid air first. Liquid nitrogen freezes at -210°C and boils at –195.8°C. It is also notable in that it boils immediately upon contact with warmer temperatures. As it boils it evaporates into nitrogen gas and dissipates into the atmosphere. Inhalation of too much nitrogen can cause dizziness, nausea, loss of consciousness and death, so it is very important to work with liquid nitrogen in well-ventilated areas.

Liquid nitrogen is typically stored in containers called dewars. These cylinders are insulated, vacuum-jacketed pressure containers equipped with safety valve releases and rupture discs to release pressure buildup and prevent explosions. Under normal circumstances, these containers will occasionally vent, so it is important that they be kept in well-ventilated areas. The extremely cold contents mean that any uninsulated metal piping on the cylinder will be at dangerously low temperatures and should not be touched with bare flesh for fear of freezing and tissue damage. Loose-fitting protective gloves, goggles, and face shields are recommended when working with cryogenic liquids.

Join the Kitchen Alchemy team for a class on chilling out with liquid nitrogen at the Astor Center in New York City on August 26! Enter promo code “POPSCI” to get 10% off admission.

The most common culinary use for liquid nitrogen is making ice cream. All you need is a large bowl about halfway full of your favorite ice cream base, a wooden spoon or spatula, and some liquid nitrogen. If you’re using a metal bowl you’ll want to use a potholder to hold it in place. Carefully pour a small amount of the liquid nitrogen into the ice cream base and stir it in. If the ice cream is not firm enough when the nitrogen evaporates, simply add some more and continue stirring until it reaches the right consistency. Do not add large amounts of the nitrogen at once, because you will run the risk of splashing the nitrogen as you stir. If the ice cream gets too hard you will have to wait for it to defrost a bit before eating it. Ice cream that gets too cold can stick to and burn the tongue in a most unpleasant manner.

The beauty of making ice cream with liquid nitrogen is that you don’t need to use traditional safeties to keep it from getting too hard. Sugar and alcohol are generally added to the bases to keep large ice crystals from forming and to help facilitate smooth, creamy textures. When using liquid nitrogen, the ice crystals are formed so quickly that they these precautions become unnecessary and smooth ice creams are a guaranteed result regardless of what is in the base. 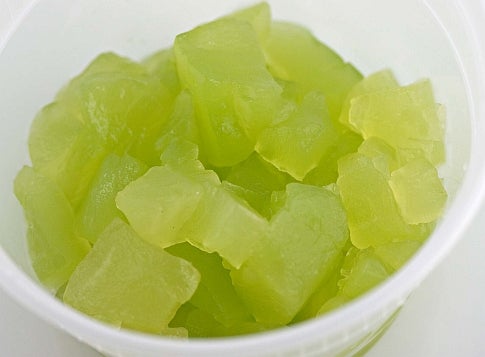 A less common culinary use for liquid nitrogen is in grinding ingredients, particularly high-fat products, to create powders or purees. For example, fresh raw peanuts may be frozen in liquid nitrogen and put through a juicer to create a completely uncooked peanut butter that preserves all the flavor of the raw nut. Olives may be partially dehydrated, frozen, and ground into a fine seasoning powder that would not normally be achievable due to their high fat content. Cooked shrimp and other proteins may also be frozen and ground and used for various preparations.

Fruits and vegetables may be frozen instead of cooked to tenderize them. The freezing process creates ice crystals, which poke microscopic holes into the cell walls. When the ingredients are defrosted, they are slightly tenderized but still retain some of their original texture and their raw flavor. While in their frozen state the fruits and vegetables can be shattered, and the pieces then used for a dramatic presentation in a finished dish. 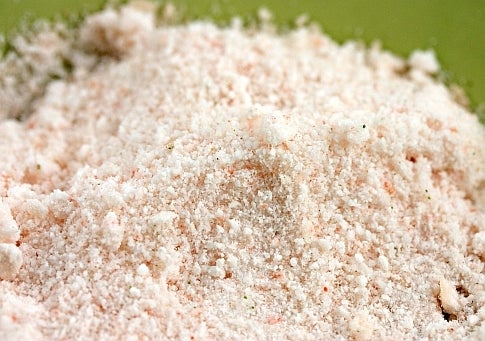 Finally, liquid nitrogen is perfect for chilling down hot preparations quickly and efficiently. This minimizes the development of bacteria and harmful microorganisms in the food. A batch of spaghetti sauce or a pot of chicken curry can go from boiling to ice cold in five minutes’ time. In terms of food safety, this is a very good thing.

What this all boils down to is that liquid nitrogen is a very useful tool to have in the kitchen. Playing with ice can be just as satisfying as playing with fire, under the right circumstances. To get you started, we’ve included a recipe for shattered raspberries with coconut-yuzu ice cream. You can make this ice cream traditionally and garnish it with fresh raspberries — or you can find some liquid nitrogen and see what kind of magic it can do.

Dewars can often be bought on eBay or rented from companies who supply liquid nitrogen. If you live in the New York City/Long Island area, General Welding Supply Corp., 600 Shames Drive, Westbury, NY 11590, (516) 334-8200, is a reliable source for liquid nitrogen.

Pour the liquid nitrogen into an insulated container. Carefully add the raspberries and stir gently for two minutes. Remove the raspberries with a slotted spoon and place on a cutting board or in a large, shallow dish. Gently tap the berries with a heavy spoon until they break apart into individual drupelets. Store in an airtight bag in the freezer until ready to use. 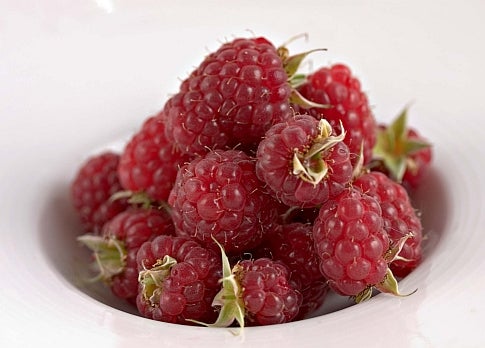 Mix the simple syrup, yuzu juice and salt together. Whisk the coconut milk, heavy cream and yogurt together. Combine the two mixtures and whisk until smooth. Strain through a fine meshed conical strainer. Chill for four hours before freezing to let the flavors develop.

Pour the ice cream base into a large heatproof bowl. Pour in 500 ml of liquid nitrogen and stir with a wooden spoon or silicone spatula. The nitrogen will boil and disperse itself as a white gas. Once the nitrogen has dissipated, add another 250 ml of liquid nitrogen and stir until it has completely evaporated. Continue until the ice cream reaches the desired texture. Fold in the frozen raspberries. Scoop and serve. 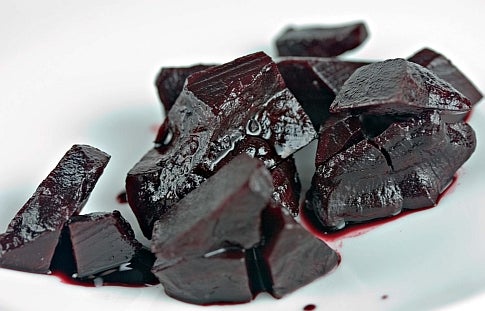 Join the Kitchen Alchemy team for a class on chilling out with liquid nitrogen at the Astor Center in New York City on August 26! Enter promo code “POPSCI” to get 10% off admission.