If a few ounces of quicklime mixed with water can make self-heating soup cans, we figured 500 pounds of it could create a self-heating hot tub 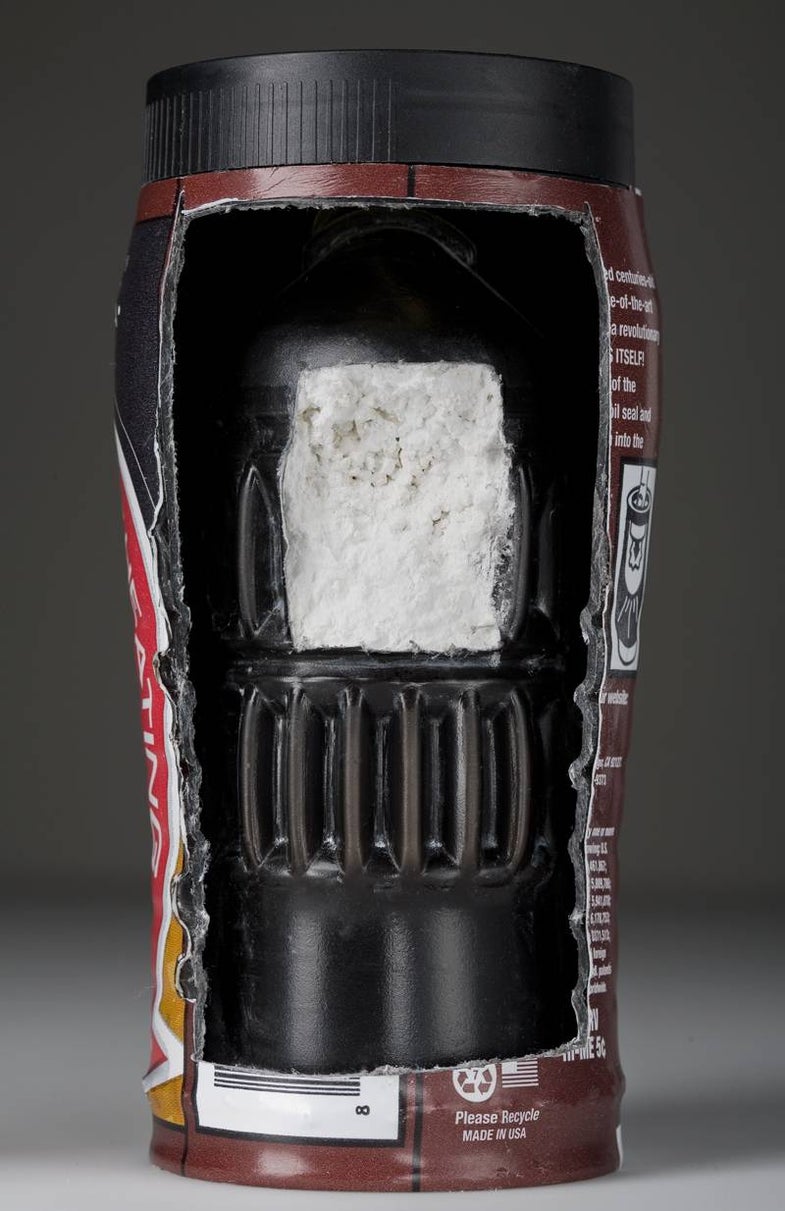 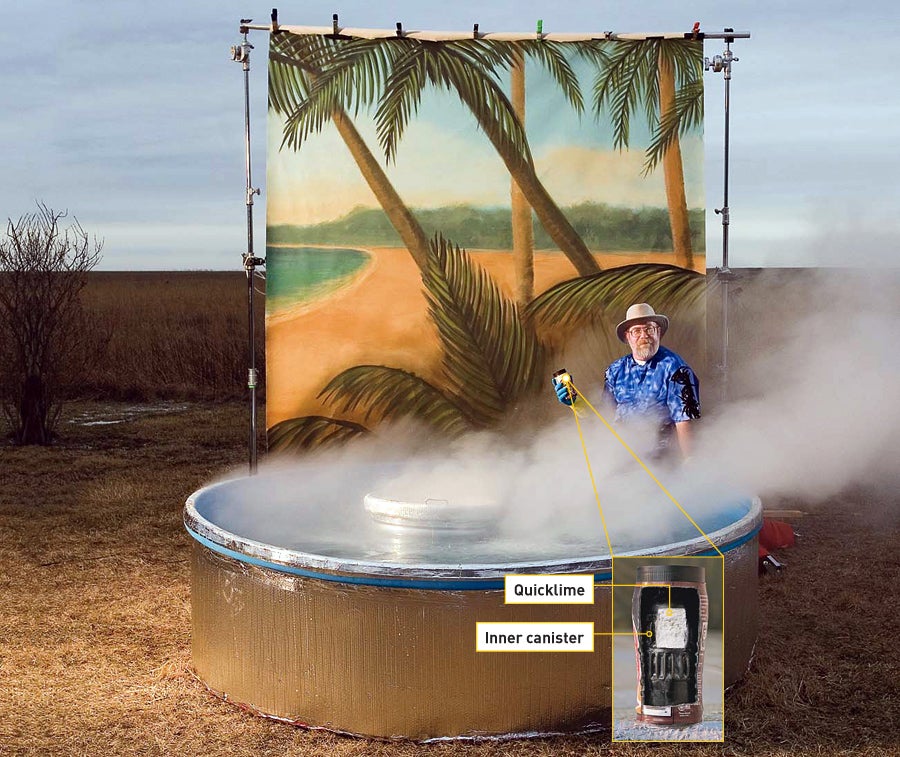 Painted palm trees hide the windswept prairie behind the author’s house, small consolation when you’re wet in 10-degree weather. To keep quicklime out of the hot chocolate, self-heating containers have a sealed inner canister. A button on the bottom breaks a foil seal, releasing a measured amount of water into the quicklime.

Self-heating soup sounds like something from the future: Push a button on the can, and three minutes later the contents are piping hot. But it’s widely available today, along with self-heating coffee and hot chocolate. In Japan, I even found self-heating sake. Pretty high-tech!

Or not. In fact, these products use a chemical reaction known since at least 4000 B.C.—the mixing of quicklime and water. When you roast limestone at about 1,650°F, it converts to quicklime, a powder used to disinfect corpses in war zones. Mix quicklime with water, and it grabs and binds the water molecules, releasing lots of energy in the form of heat. (The material left over, known as hydrated or slaked lime, is the basis of lime mortar, popular in the Roman empire and still used today.)

Soup is OK, but I decided to use the technology to make a self-heating hot tub.

I dropped floating steel pots, each with 50 pounds of quicklime and four gallons of water, into a nine-foot stock tank. A few seconds after I added the water, the pots sputtered and spit (eye protection required) and released lots of steam, and the thin steel walls transmitted heat to the surrounding water.

By my calculations, 500 pounds of quicklime should release enough heat to raise 700 gallons of water from 60°F to 100°F, perfect hot-tub temperature. At least that’s the theory. We took these pictures in Illinois in the dead of winter, and I had to get in the water before we set off the heating reaction. So we cheated and filled the tub with hot water to start with. But there was plenty of heat coming off those pots!
On a smaller scale, I can testify that self-heating hot chocolate absolutely does work, which is great if you have to sit in a tub of water outdoors in 10°F weather.

Achtung! Don’t try this at home. Quicklime burns skin and eyes on contact, and the dust is extremely irritating. Water added to it can boil quickly and spray hot quicklime.

Like what you see? For more Gray Matter, and to subscribe to our Gray-Matter-only RSS feed click here. And for Theodore Gray’s one-of-a-kind periodic table poster, head to periodictable.com/posters