When you stop and look, you may be surprised to find yourself surrounded by all kinds of explosives--some that detonate easier than dynamite 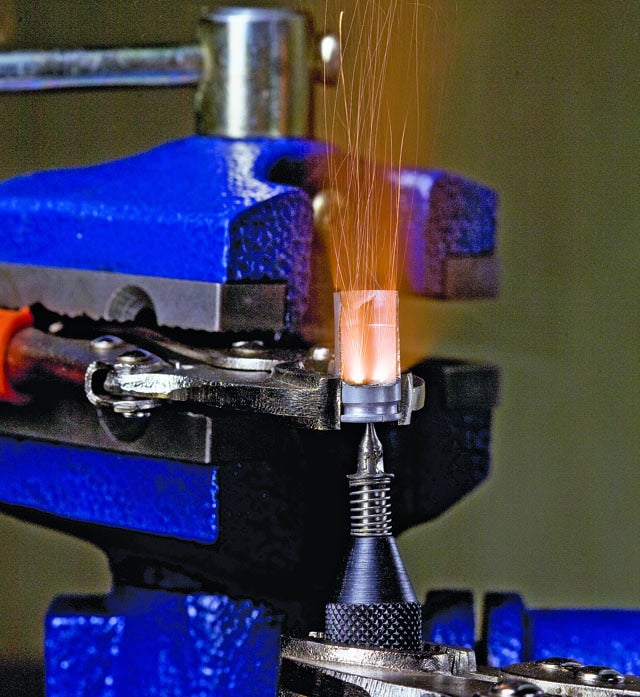 The explosive C4, a favorite for everything from demolition to terrorism to action movies, is in fact one of the safest explosives. How can an explosive be safe? If it’s hard to set off by accident. C4 is so stable that you can light it with a match (it burns but does not explode) or shoot it (it splatters but does not explode). To go bang, it requires a detonator that produces both heat and shock.

At the other end of the spectrum are mixtures that ignite simply from being scratched or knocked. There are obvious challenges in mixing, storing, and handling these substances so that they explode only when intended, yet they’re surprisingly common.

If matches, for instance, weren’t friction-sensitive, they would be useless. Matches use potassium chlorate and red phosphorus, two chemicals that ignite when pushed into each other by friction. Strike-on-box matches isolate the phosphorus in the striking surface, while strike-anywhere matches keep the two chemicals in separate zones of the head. 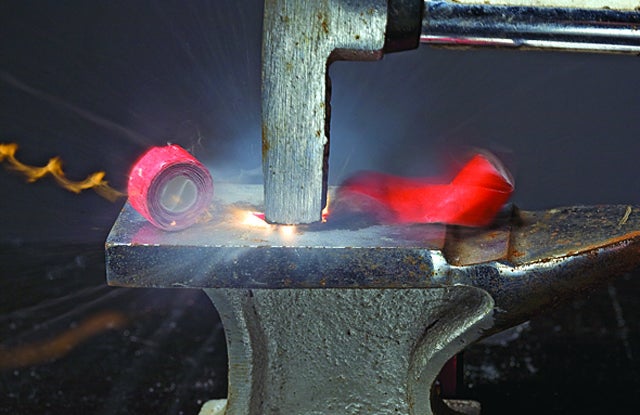 The bang from a toy gun cap is similar to what happens in a bullet to ignite the gunpowder and fire the shot.

Ammunition is another example. Gunpowder will not ignite from impact, so most cartridges contain a primer, usually a dab of lead styphnate, which turns the whack of the firing pin into an explosion that lights the gunpowder.

The most unexpected place I’ve found one of these contact explosives is in MagiCube camera flashbulbs, which were popular in the 1970s. They had absolutely no electrical components, not even a battery. Instead they contained four glass bulbs filled with flammable zirconium wool held in pure oxygen. Emerging from the sealed bulbs were thin metal tubes filled with a shock-sensitive pyrotechnic mixture. When you pressed the shutter button, it released a wire, which smacked the side of the ignition tube. The burning primer ignited the zirconium wool just like the primer ignites gunpowder, resulting in a flash of super-bright light—and giving a whole new meaning to the term “photo shoot.” 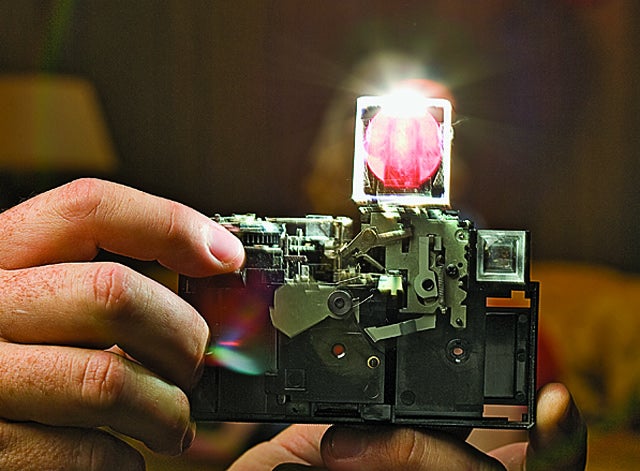 A 1970s-era MagiCube flashbulb ignites when a wire knocks a tube containing a shock-sensitive primer.

Achtung! Flashbulbs are relatively safe, but bullets never are, especially when used in unintended ways. This experiment was done using a full-face shield at all times.