This Is How Orion Astronauts Might Protect Themselves From Radiation Storms 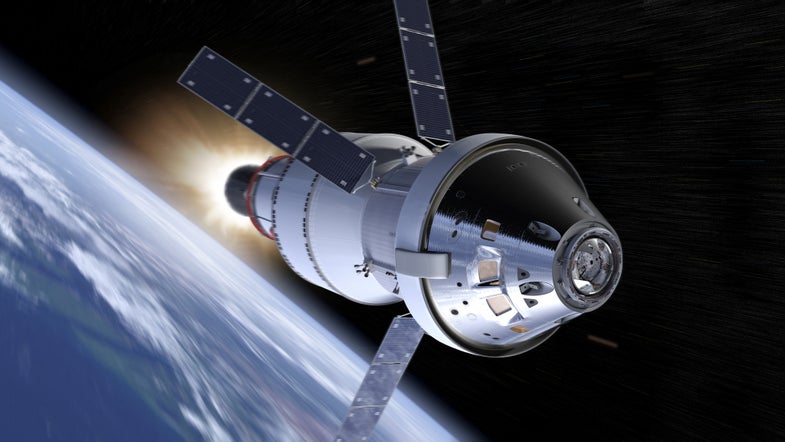 NASA is building a next generation spacecraft that will take astronauts even further into our solar system, including Mars. New illustrations of what Orion might look like were recently uploaded to NASA's flickr account. The silver spacecraft will likely hold four astronauts. NASA
SHARE

Everyone needs a good backup plan. Especially when you’re hurtling through deep space months away from home in a small enclosed area with several other people. Then, you definitely need a backup plan.

NASA’s Orion capsule and Space Launch System (SLS) are designed to take astronauts beyond the moon, potentially even to Mars, with initial crewed flights starting around 2023, and uncrewed flights as early as 2018.

One thing that has to happen before the SLS launches with humans inside is a detailed game plan for what to do when something goes wrong in space. Further, one of the biggest hazards of a long-term space journey will be exposure to radiation, which can cause all kinds of health problems including cardiovascular disease.

“Our goal is to limit the risk of radiation exposure over an astronaut’s lifetime,” Kerry Lee, radiation system manager for Orion said. “It’s not likely you’d see acute effects of radiation during a mission or immediately upon return, but we are concerned about long term effects. Our work aims to mitigate risks due to radiation without adding mass to the vehicle.”

While NASA is trying to figure out what to do to protect astronauts from the day-to-day exposure to radiation, they’re also planning for one of the the worst-case scenarios: What could astronauts do if a large radiation event like a solar flare headed their way?

The answer is hide in a box covered with supplies. In the video above, you can watch some of the preliminary development of an emergency plan, which would have the crew use their supplies as a makeshift radiation shield as they took shelter in the center of the Orion Capsule, where they might have to stay for up to a full day.

This is far from the only hurdle that the mission will face. Though progress is being made towards the project’s launch goals, there are still safety and budget concerns about the project as it moves through the testing phases.