Video: How Flies Somersault to Safety Just Before You Swat Them

Ever wonder why flies always get away when you try to swat them? It turns out they’re extremely acrobatic. Like,... 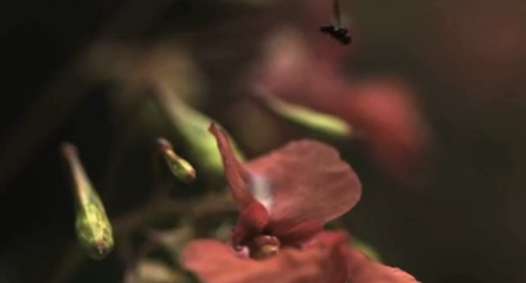 Ever wonder why flies always get away when you try to swat them? It turns out they’re extremely acrobatic. Like, Neo-in-the-Matrix acrobatic. And New Scientist has captured one in near bullet-time to prove it.

This video is one of the winners in a contest held by the Flight Artists group at the Wageningen University in the Netherlands in which amateur filmmakers were taught how to use very high-speed cameras to shoot flying animals and plant seeds. The video captured here was taken by two biologists from the University of Washington and the Howard Hughes Medical Institute who study fruit flies in flight.

What they captured is a maneuver that takes place so quickly that it can’t really be observed in real time. It’s an evasive maneuver, undertaken when the fly is startled by something. As you can see, it goes into a quick and graceful forward somersault from its perch and catches air as it starts to fall, allowing it to regain control and fly away. Not bad for a fruit fly.