Brazil May Zap Mosquitoes With Gamma Rays To Combat Zika

Radiation will create a generation of sterile mosquitoes 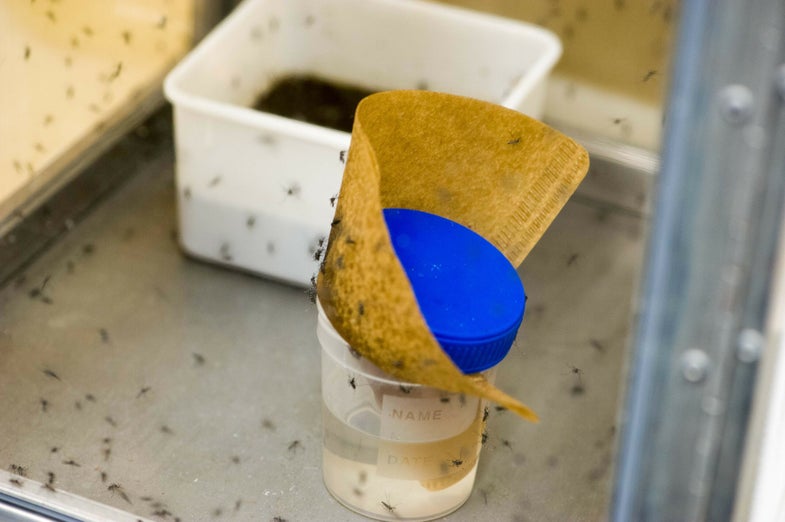 Male insects, which transmit diseases such as Zika, Dengue and yellow fever, are being sterilized at the Insect Pest Control at the International Atomic Energy Agency in Seibersdorf In Austria. Jan Gott/picture-alliance/dpa/AP Images
SHARE 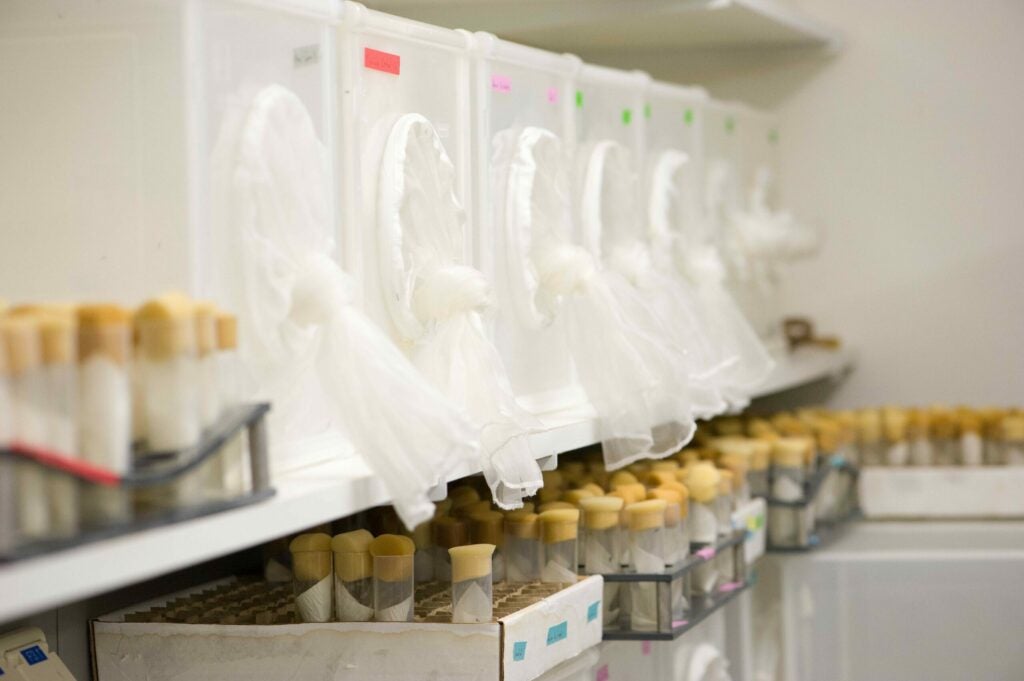 Net cages containing mosquitos pictured in the secured rooms of the Insect Pest Control at the International Atomic Energy Agency in Seibersdorf, Austria. Male insects, which transmit diseases such as Zika, Dengue and yellow fever, are being there.

To stop the spread of the Zika virus, the Brazilian government has tried numerous methods to slow the spread and control the population of the aedes mosquito, which spreads the virus. But as outbreak shows no hint of decline, officials may attempt a new approach: to sterilize millions of male mosquitoes by zapping them with gamma rays, according to a report today by Reuters.

The method would involve first breeding 12 million male mosquitoes a week, then sterilizing them by exposing them to gamma radiation using a device called an irradiator, and releasing them into target areas. Once there, the sterile males would mate with wild females, who would then lay dud eggs that don’t produce offspring.

The approach has already been used to control fruit flies in Madeira, an island off of Portugal, as well as other agricultural insect pests like screw worms and moths, according to the International Atomic Energy Agency (IAEA). If Brazil approves, the IAEA would ship the device to Juazeiro, a city in northeastern Brazil.

According to Reuters, the Brazilian government would first do a trial run in about a dozen towns near the city of Juazeiro. If successful, they would decide whether or not to scale up that approach and release the sterile mosquitoes to a wider area–possible by releasing them in the air via drones.

Similarly, in another attempt to breed sterile mosquitoes, a group of Brazilian researchers at the biomedical research institute are instead using radiation and releasing those mosquitoes off the coast of northeastern Brazil.

While researchers around the world are fervently trying to create a successful vaccine, none are available yet, and it’s still unclear when one will be ready. Meanwhile, the virus continues to spread throughout Brazil and other areas in South America and cases of microcephaly, believed to be linked to Zika continue to increase. Whether or not this new approach will work remains to be seen, but Brazilian officials are desperate to stop the outbreak, especially as the 2016 summer Olympics which are set to be held in August in Brazil, creeps closer.

If all goes according to plan, though, zapping mosquitoes could prove to be a successful control method.