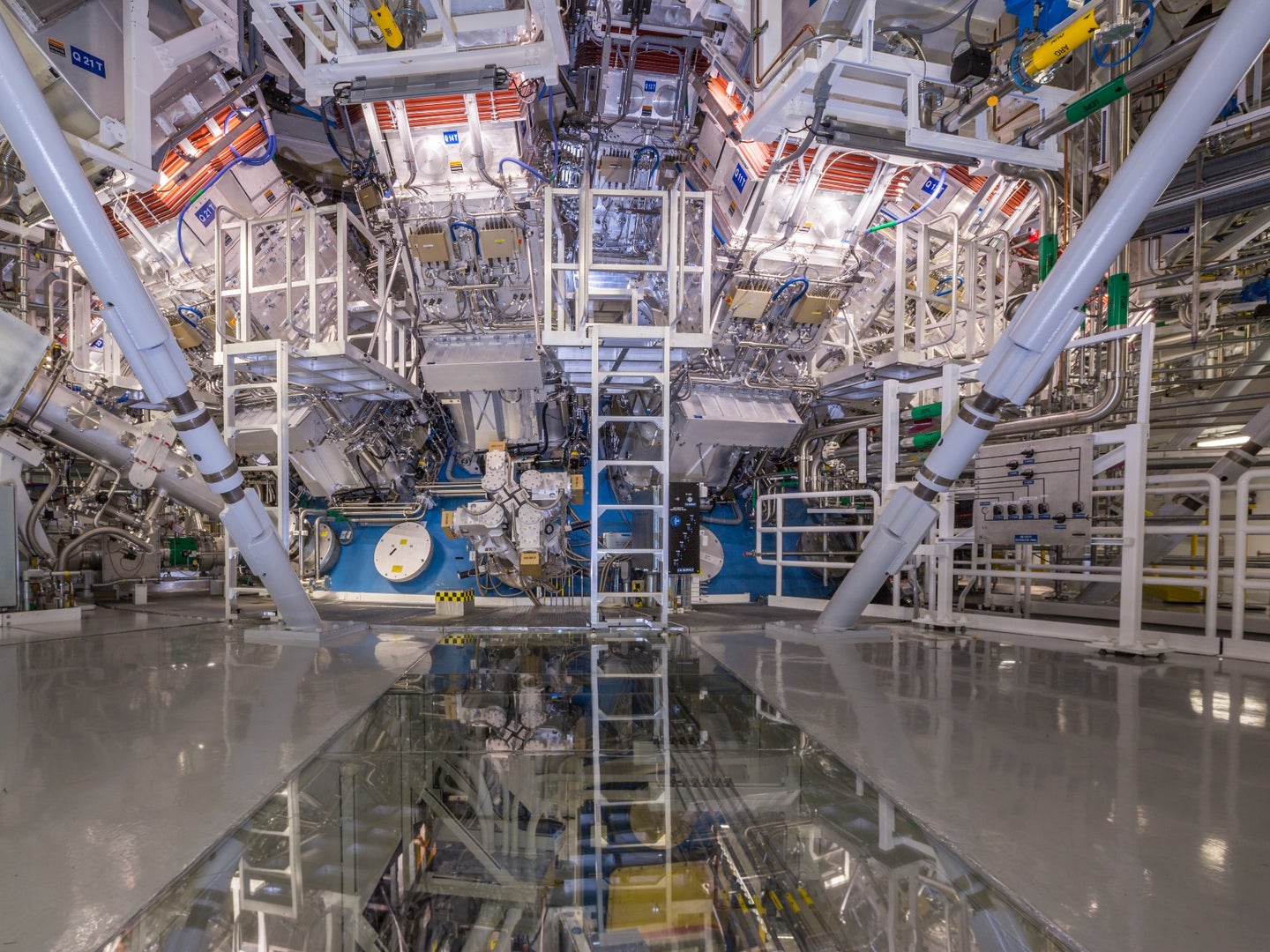 The NIF Target Bay, which also served as the set for the engine room of the Starship Enterprise in the 2013 film "Star Trek: Into Darkness." NIF’s 192 laser beams converge at the center of this giant sphere to make the tiny hydrogen fuel pellet implode. Damien Jemison
SHARE

In a new experiment involving an abundance of laser beams and tiny hydrogen fuel pellets, physicists initiated powerful and unprecedented nuclear fusion, releasing the greatest amount of energy ever achieved for their lab and bringing scientists one step closer to the goal of “ignition,” which researchers hope could set off a new era of clean energy technology.

Fusion, the main reaction that powers stars, occurs when two atoms fuse their nuclei together, releasing an outburst of energy in the process. In labs, physicists can channel an immense amount of energy through laser beams to trigger fusion, but it takes much more energy than what you get out of it—hardly a viable energy generator. For nuclear scientists, the ultimate goal is ignition, when energy from fusion surpasses the energy fed into the process.

Physicists at the National Ignition Facility (NIF) at the Lawrence Livermore National Laboratory in California focused 192 laser beams on a tiny fuel pellet of heavy hydrogen (deuterium and tritium) about the size of a peppercorn. The fusion they triggered released 1.35 megajoules of energy, about 70 percent of the energy inputted. This is the highest yield the lab has ever achieved so far, eight times greater than NIF’s previous record set in the spring, and 25 times greater than experiments from just three years ago.

“Demonstration of ignition has been a major scientific grand challenge since the idea was first published almost 50 years ago,” said Imperial College London physicist Jeremy Chittenden in a statement.

Nuclear scientists from the university are helping to analyze the NIF data. He added that experiments like these will not only open up the possibility for fusion as a mass energy source, but allow physicists “to probe the conditions in some of the most extreme states in the Universe, including those just minutes after the Big Bang.”

While NIF’s fusion only lasted 100 trillionths of a second, the researchers believe that their fusion reactions could become self-perpetuating with “burning plasma,” where the heat from fusion acts as fuel for more fusion.

“Self-sustaining burn is essential to getting high yield,” Debbie Callahan, a physicist at the Lawrence Livermore National Laboratory, explained to the BBC. As a next step, she added, the experiments need to be repeated so that they can “understand how reproducible and how sensitive the results are to small changes.”

The experiment only just happened earlier this month, and the results haven’t been formally published yet in a journal. Nevertheless, the findings are already creating quite a buzz in the world of nuclear physics.

Normally, Livermore scientists would not comment publicly about results until after a scientific paper describing the findings had been published, Mark Herrmann, Livermore’s deputy program director for fundamental weapons physics, told The New York Times. But these findings “have been spreading like wildfire,” he said, “and so we thought it would be better to put some facts out there now.”