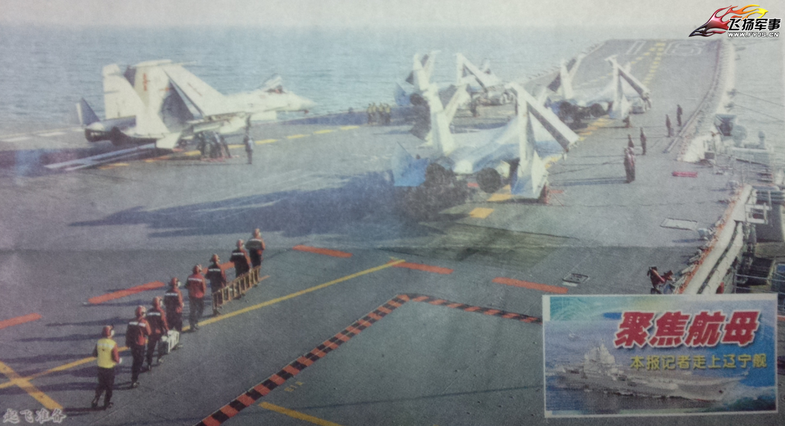 In this late mid-late 2014 photo, at least four production J-15 “Flying Shark” fighters have landed on the aircraft carrier Liaoning. The J-15 is a navalized version of the Su-27 Flanker heavy fighter; modifications include maneuverability increasing canards, new radars, precision guided munitions and a hardened airframe intended to withstand the environmental stresses of maritime operations. The J-15 can also be fitted with refueling pods and electronic warfare attack systems. The folded up wings of the fighters suggest that they are either being prepared to be taken inside the Liaoning’s hangar for maintenance and storage, or that they’ve been moved by the hangar elevator onto the flight deck.

This J-15, prototype “553”, is being lowered by the aircraft elevator into the Liaoning’s hangar, for maintenance and storage. The Liaoning, for the first few years of its operation, hosted J-15 prototypes as Chinese test pilots got an initial feel for carrier operations. 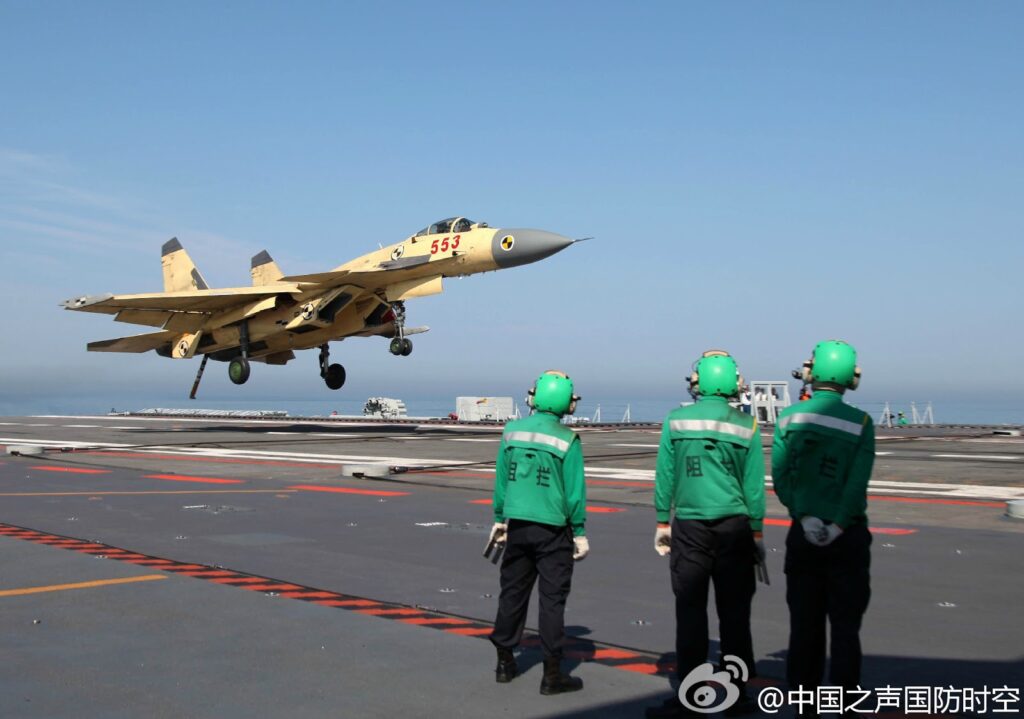 A J-15, number 553 again, makes a landing on to the Liaoning. 553 has extended its tailhook in order to catch the arrestor cables that will stop its momentum upon landing. Typically, landing on a moving carrier is one of the riskiest tasks in naval aviation.

This is a significant milestone for the Chinese Navy, since for most of the Liaoning’s service, only prototype and flight test J-15s have operated from it. The Liaoning is currently on a several month long deployment in the East China Sea, this and other extended voyages are not only increasing the carrier’s crew proficiency in launching aircraft operations, but also enables other Chinese naval warships to operate alongside an aircraft carrier. In addition, the fact that production J-15s are operating from the Liaoning shows that there are enough skilled Chinese naval aviators to stand up carrier flight test units. 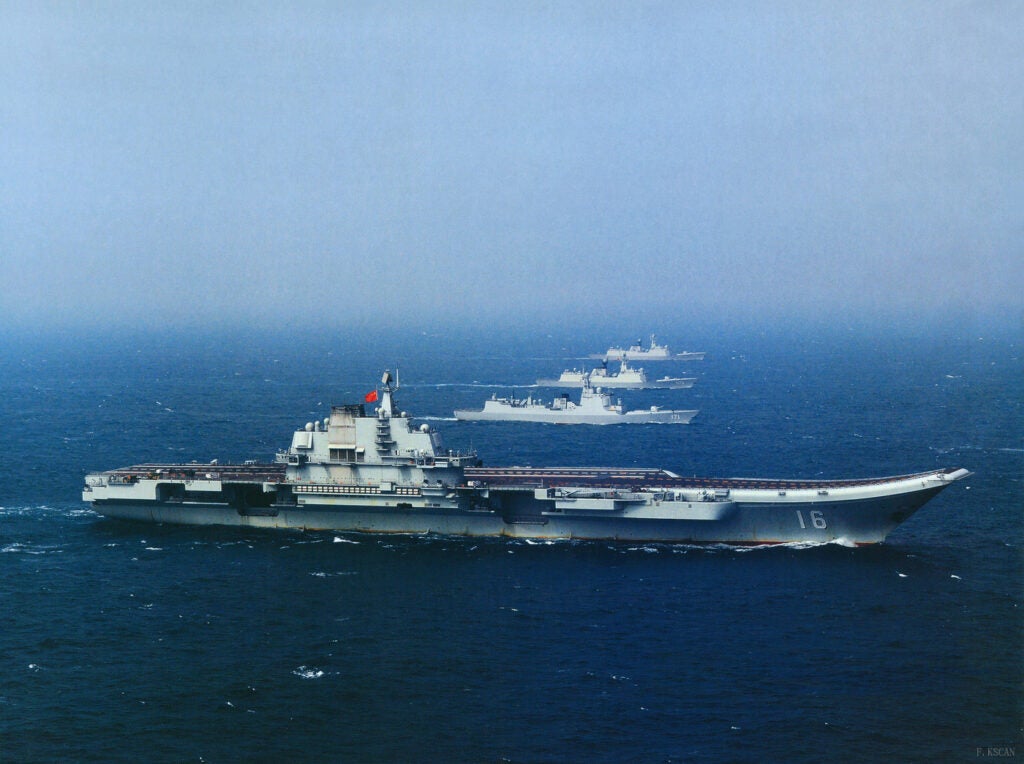 Since its commissioning in 2012, the Liaoning has been very active at sea, including naval exercises with other Chinese warships, including the 052C guided missile destroyer “171”, seen in the background. Getting the most experience from its first aircraft carrier is a vital step for China to build a world class navy with airpower projection and joint operational capability.

The introduction of production J-15 fighters and trained pilots will see an uptick in the intensity and complexity of Liaoning operations in the new few years, including joint operations with airborne early warning and control (AEW&C) aircraft like the Z-8 helicopter and KJ-500 airplane, fighter to fighter refueling, and anti-ship missions. As more Chinese naval pilots learn how to operate from the Liaoning, and more of the planes become available, both the capability and credibility of Chinese naval power will increase globally.

Want to Know What It’s Like to be Blown up by a Chinese Missile? Ask this Ship

Is This a Model of China’s Next Aircraft Carrier?