A flying telescope saw "magnetic braids" at a resolution of 0.2 arcseconds - about the size of a dime seen from 10 miles away. 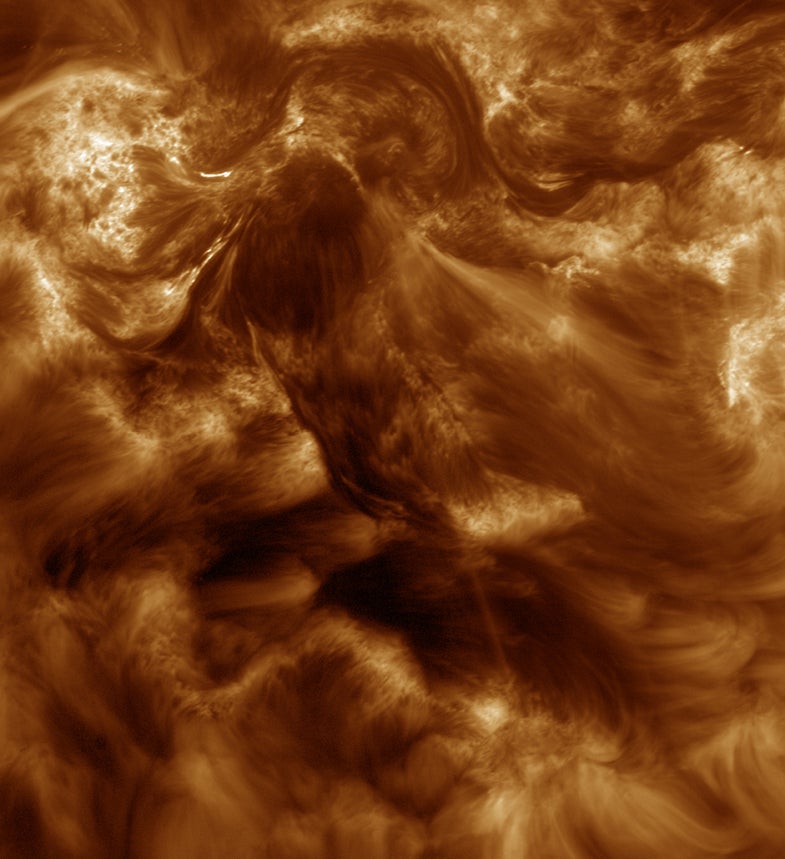 People like to joke, when it’s really hot, that it’s “like the surface of the sun or something.” People should not say that. They should say it’s like the atmosphere of the sun, which is way hotter. The solar corona is around 2 to 4 million degrees Fahrenheit, and it gets hotter as you move farther away from the surface. This bizarre fact has stymied scientists for decades, but now they have some answers–all thanks to a tiny telescope that flew beyond Earth’s atmosphere for just a few minutes.

NASA’s High Resolution Coronal Imager, or Hi-C, captured the highest-resolution images ever taken of the solar corona during its brief journey last summer. It flew high into the Earth’s atmosphere aboard a sounding rocket, a type that is used for experiments, and then it parachuted back to Earth for recovery. This was much cheaper than launching a satellite; the whole mission was just $5 million. It was not without new technological advances, however–Hi-C’s 9.5-inch mirrors are “the finest pieces of glass ever fabricated for solar astrophysics,” in the words of heliophysicist Jonathan Cirtain, the mission’s principal investigator.

Hi-C, which weighs 464 pounds and is 6 feet long, took a 10-minute ride on a sounding rocket in July. Over five minutes of data collection, it took 165 images of the coronasphere. It found evidence of a powerful force called magnetic reconnection, which pumps vast amounts of energy into the corona and heats it up.

Our star is powered by magnetic fields–those arcing loops you see on images from SDO and other solar observatories are the result of these fields. Plasma flows along the fields and illuminates them. Images from Hi-C showed where these fields were braided tightly together like rope. When they relax and straighten out, they release energy, which helps drive temperatures up to a toasty 7 million degrees F.

Hi-C was so effective because it could see this action in superfine detail. The Harvard-Smithsonian Center for Astrophysics, home of some of the researchers who published these findings, explains that Hi-C’s telescope had a resolution of just 0.2 arcseconds. An arcsecond is a measurement of a piece of sky, and it’s tiny–just two-tenths of an arcsecond is roughly the size of a dime seen from 10 miles away. This meant astronomers could see areas just 100 miles across on the face of the sun. (The star is 865,000 miles in diameter.)

The Hi-C paper publishes this week in Nature, but astronomers are still analyzing more data. Eventually, they hope to build a satellite that will observe the sun the way Hi-C did, according to CfA astronomer Leon Golub. “”We learned so much in just five minutes. Imagine what we could learn by watching the sun 24/7 with this telescope,” he said. 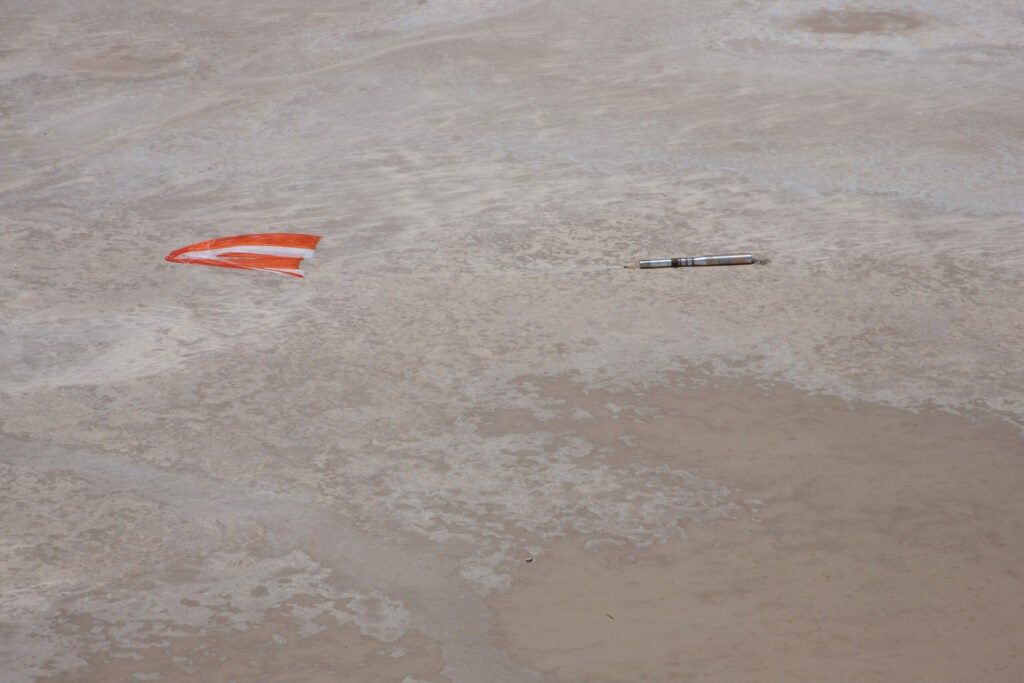 The Hi C payload and the subsystems rest on the desert after parachuting back to Earth.