The Rise Of Electric Car Charging Stations In The U.S. [Infographic] 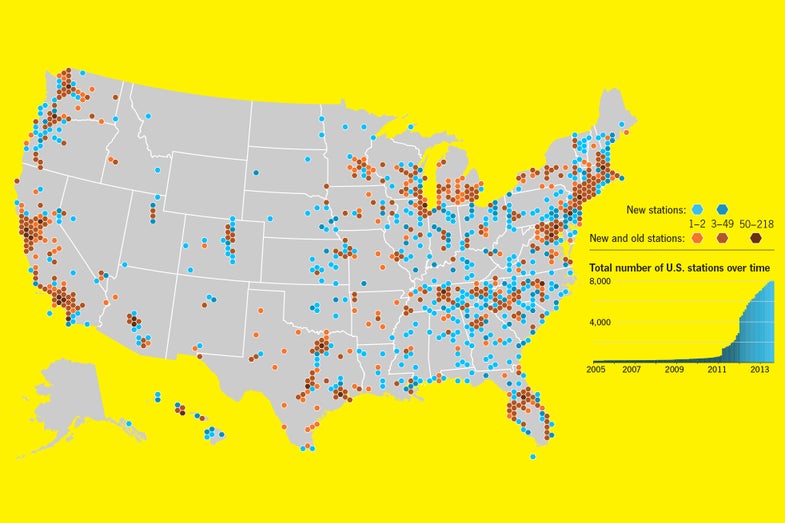 More than half of the nation’s 8,051 electric-vehicle charging stations have opened since 2012. Here, each hexagon represents the number of stations in that area. Blue hexagons—mostly outside major cities—indicate those built in 2012 and 2013. Orange hues show older and newer stations.