Pictured: a non-autonomous all-electric supercar. Put it in the garbage, we want robocars. 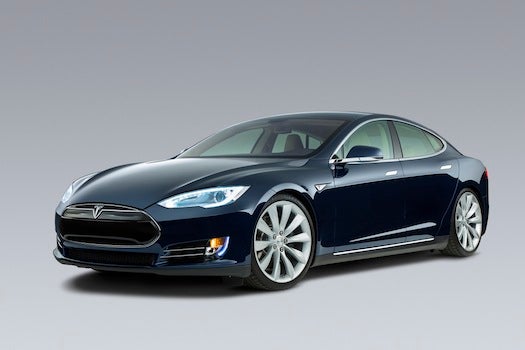 According to some strong rumors and hints, it’s looking like Tesla, makers of all-electric luxury vehicles, is working on a self-driving car. The first hint is that Elon Musk, the founder of the company, um, basically said it on Twitter.

But that’s not all! In an interview with the Financial Times (locked behind a paywall, argh, what’s up with journalists demanding payment for their work), Musk said that the company is working on a “90 percent” autonomous vehicle within three years, and a fully autonomous version after that.

Tesla is a curious and sometimes difficult company; they’ve had trouble with reviewers (as in, Musk accused an NYT reviewer of fudging numbers in his negative review) as well as various production delays. Elon Musk has had enormous success with his other companies, namely PayPal (which has a near-monopoly on online banking and payment) and SpaceX (the most successful private American space agency in history), but Musk reserves his public bluster mostly for Tesla, even individually responding to negative reviews of Tesla’s cars.

Musk is passionate and prone to overblown statements, but he’s had enormous successes in industries that shouldn’t have allowed a startup to come in and dominate. Banking and spaceflight are two of the toughest areas to change; it often takes top-down initiatives from the President to have significant impact on either. The automotive industry, though, has had major shakeups in the past decade or so, with the introduction and success of the hybrid car, the battle for increased gas mileage, and now the beginning stages of the electric car revolution. Musk clearly thinks Tesla is already on track to be a major part of the latter update, so why not keep looking forward? And what else could be next but automation?