FYI: What Happens If I Put Rocket Fuel In My Gas Tank?

If your car is a diesel, it will run. Liquid hydrogen, the fuel that powered the space shuttle’s main engines,... 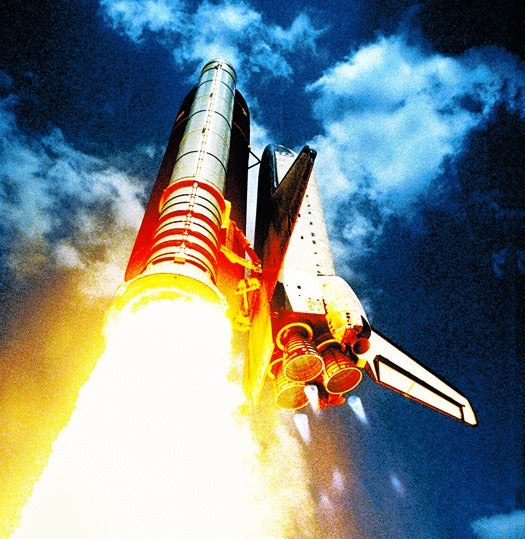 If your car is a diesel, it will run. Liquid hydrogen, the fuel that powered the space shuttle’s main engines, could work, says Manuel Martinez-Sanchez, an aeronautics and astronautics professor at the Massachusetts Institute of Technology. But keeping hydrogen liquid requires maintaining it at a temperature below about –432°F. Storing it in a garage would be tricky, as would keeping it from freezing the engine.

RP-1 would work even better. A kerosene fuel developed in the 1950s as a more efficient alternative to alcohol-based rocket fuels, RP-1 powered the Soyuz and Falcon 9 spacecrafts. “It’s a close relative of diesel fuel, so there is no real problem using it in diesel engines,” Martinez-Sanchez says. “The only special thing about RP-1 is a lower volatility and a higher viscosity, so the engine might not run well on cold days,” he says.

RP-1 probably isn’t worth the trouble, though. Rocket fuel is less efficient than gas, and it wouldn’t even make a car go any faster.

This article originally appeared in the January 2012 issue of Popular Science_ magazine._