We’re not sure how your week was, but for a team of mechanical engineers, speed junkies, and gearheads from Ohio... 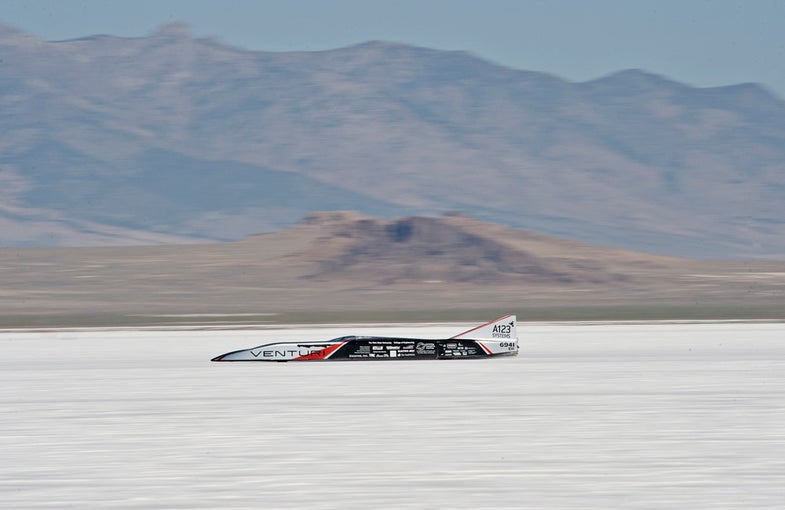 The Bullet makes its final attempt at breaking its own record. Barry Hathaway
SHARE

We’re not sure how your week was, but for a team of mechanical engineers, speed junkies, and gearheads from Ohio State it was anything but slow. This week the team took the Buckeye Bullet version 2.5, the team’s battery powered, all-electric landspeed racer out to the Bonneville Salt Flats to break the electric car land speed world record, and they did exactly that, hitting a peak speed of 320 miles per hour.

The Buckeye Bullet team — a collaboration between the Ohio State University Center for Auto Research and a handful of sponsors — has been racing electric cars for well more than a decade, but the VBB2.5, as it’s known, is their first landspeed racer that runs purely on battery power. Last year their hydrogen-fuel-cell-powered VBB2 set a world record for fuel cell-propelled land vehicles by running a mile at an average speed of 302.877 miles per hour (the two-way average was a slightly lower 300.992 miles per hour).

The record still needs FIA certification before it’s official, but consider the bar set — it blew past the previous record for an EV by more than 60 miles per hour. But perhaps the most exciting wrinkle in the Buckeye Bullet story is the fact the VBB2.5 is only a test-bed for the team’s battery technology. VBB3 — a sleek black rocket of a landspeed racer that the team plans to build on top of the experience gained from VBB2.5 — is expected to break all previous records in the not too distant future. 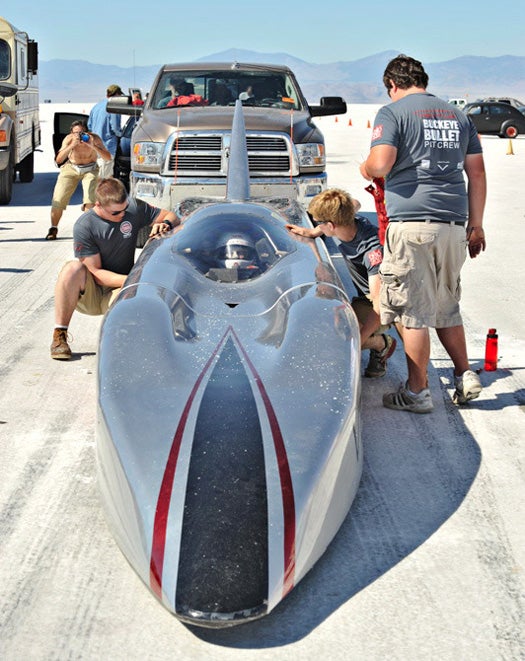 The team straps professional driver Roger Schroer into the Bullet prior to their second run at the record. 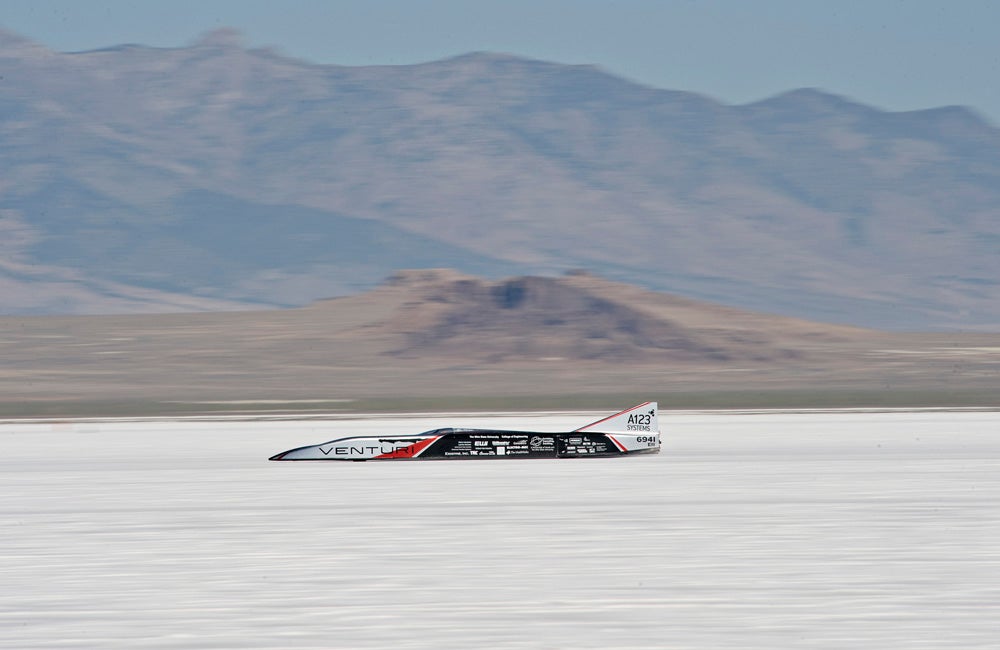 The Bullet makes its final attempt at breaking its own record. 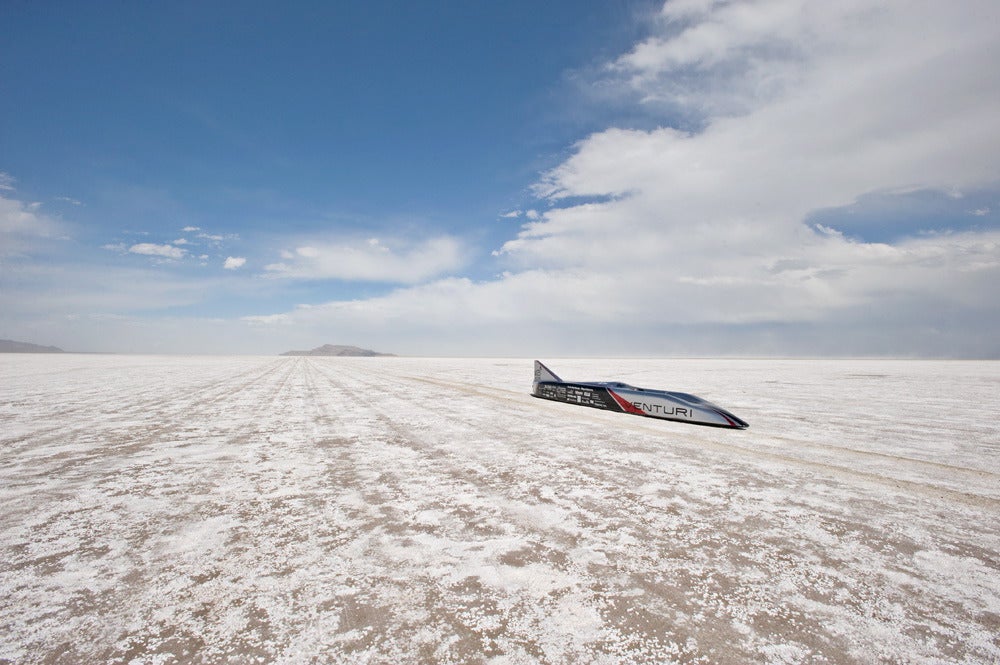 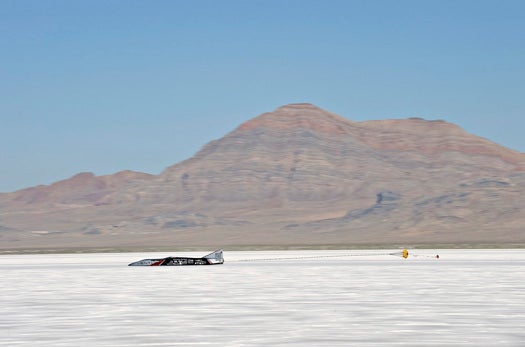 After making the record run, Schroer throws on the brakes. 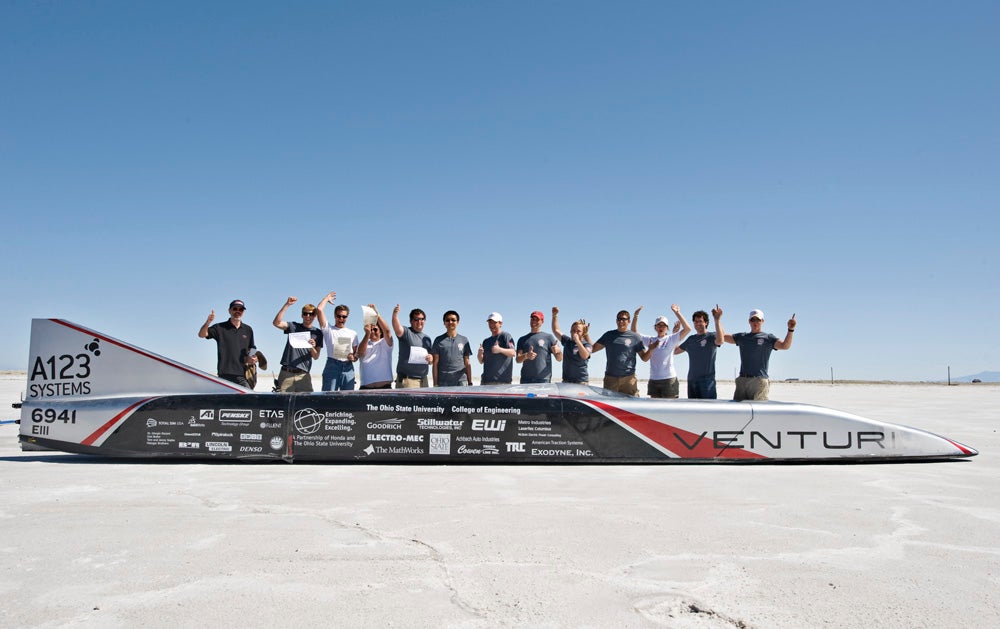 THE team from THE Ohio State University celebrates their world record with the all-electrical terrestrial rocket that touched 320 miles per hour before eventually throwing its clutch. 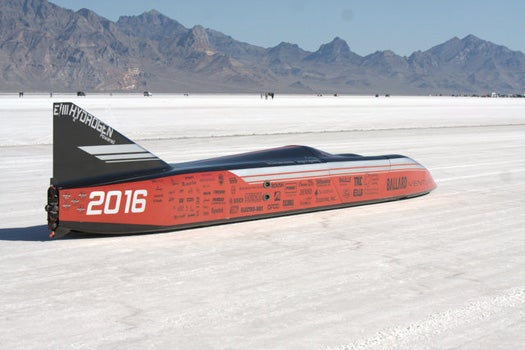 The previous generation of the Buckeye Bullet, the VBB2, topped 300 miles per hour last year running on hydrogen fuel cells, a record for a hydrogen-powered car. By comparison, the current VBB2.5 – which runs on A123 batteries – has a slightly sleeker, leaner look. Though the VBB2.5 is a record-holder as well, it’s but a test-bed for the next-gen model of the Bullet – the planned rocket-like VBB3 – which is expected to smash all previous records.
Vehicles
Cars
gallery
speed records
world records