If you're coughing in your home, you might want to check on your plants. 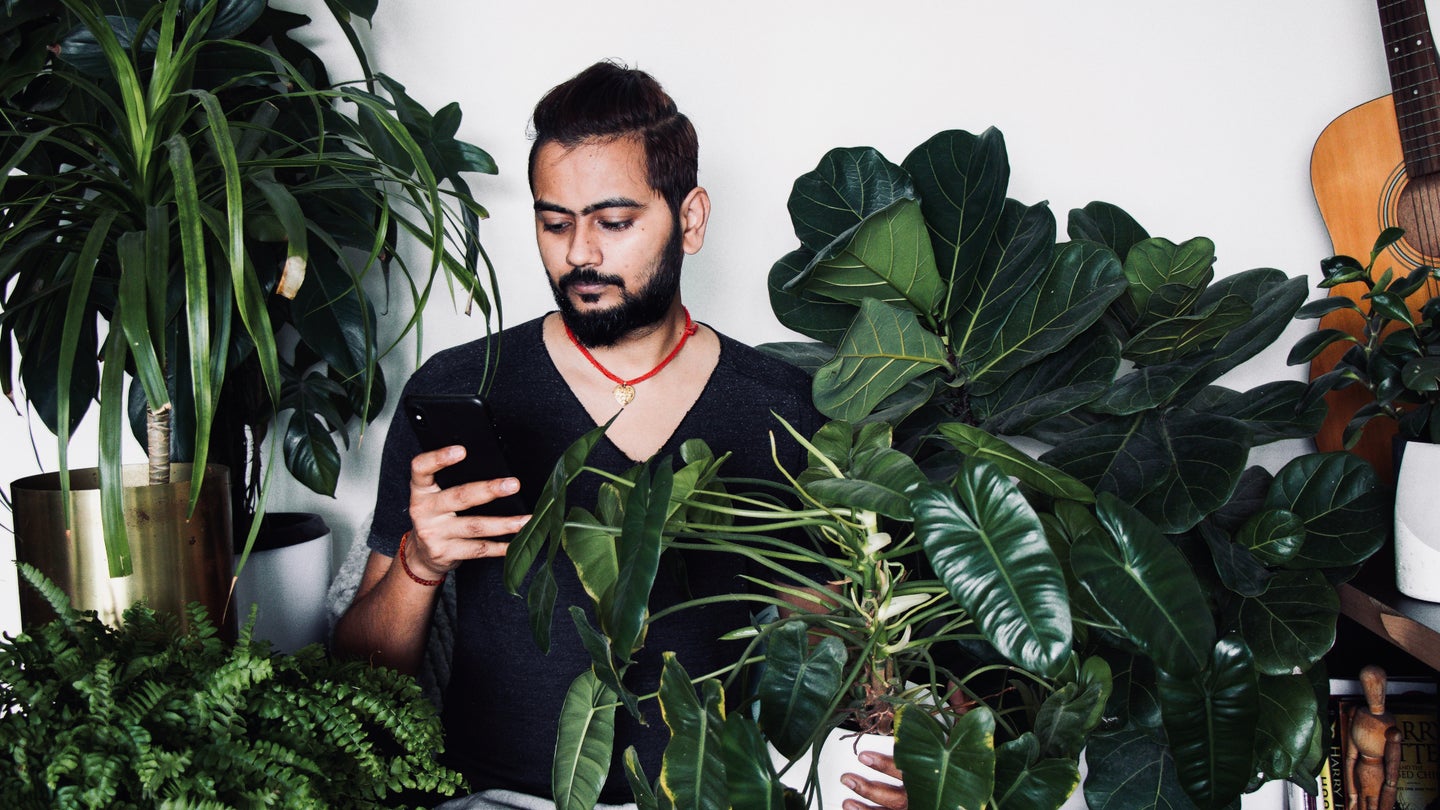 Houseplants can fill our homes with nature without being overwhelming. But sometimes, what you hope will make you feel calm and comfortable ends up making you wheeze.

There’s no getting around it: the bits of greenery we place, plant, and hang around our living areas tend to coexist with potentially unpleasant fungi. Not everyone is affected by these uninvited guests, but those who are know the fungi that can live in and around houseplants can trigger allergies, cause infections, and may even be poisonous to pets and curious toddlers. Don’t throw out your plants just yet, though, because there are basic precautions you can take to mitigate the already low risk that houseplant molds will disrupt your daily life.

You can probably live with the fungi (and you already are)

Just as some houseplants are poisonous when ingested by humans or pets, so are some fungi. Yellow mushrooms, for example, are a sign of the common fungus Leucocoprinus birnbaumii, which doesn’t bother plants, but is toxic to us and our dog and cat companions, according to the Iowa State University extension.

Researchers have also found a laundry list of other potentially infectious fungi species living alongside hospital houseplants. While your home doesn’t necessarily have the same environment as a health care facility, some of these molds, like Aspergillus and Penicillium, are common elsewhere. And some, such as Scedosporium and Fusarium, are particularly dangerous for immunocompromised people, babies (especially premature ones), and anyone older than 65, no matter where they grow.

Even if you don’t fall into one of those groups, it’s possible you’re allergic to yeasts, molds, mildew, and other fungi. Estimates of how many people have this allergy vary wildly, but many sources put the number between 2 to 30 percent of the general population of developed countries. That said, the outside world poses a greater allergenic and asthmatic risk than the fungal occupants of houseplant soil.

“The moment you open a window or leave the house, you are exposing yourself to billions of spores,” says Peter Irga, a senior lecturer at the University of Technology Sydney. And refusing to open the window or go outside is not a good solution since increasing the amount of outdoor air coming into a building helps control pollutant levels, odors, temperature, humidity, and other factors that will affect your comfort and health, according to the Environmental Protection Agency. If you have a fungi allergy, the Asthma and Allergy Foundation recommends planting houseplants in sterile soil, giving them plenty of light, using a fan to circulate air around them, and trimming their dead leaves.

How to get rid of fungi

Healthy plants are less likely to harbor the type of fungi that makes people sick, Irga says. By taking care of your chlorophylled companions and watering them correctly, you’re protecting yourself and others in your household. If you have a propagation station or other plants that sit in water (including fresh flowers), be sure to change out the H2O regularly.

Proper houseplant hydration is important because improper watering can cause far more severe problems that go beyond your plant shelf. Houseplants sometimes release water vapor that can cause moisture to accumulate in the walls nearby, and North Carolina allergist Richard Collins III says mold can grow around any water source. “The only time that we really see that [fungi] is a problem is when people are overwatering, or when they don’t have a proper catch tray,” says Heather Delaporte, co-founder of the National Indoor Air Quality Institute in Florida. So the next time you accidentally spill water on the window sill while giving your plants a drink, make sure you dry the mess up immediately and completely. Personally, I like to use absorbent cork pads in addition to the standard saucer to protect the surface underneath my plant pots. You can also water your plants in the sink, a bathtub, or outside. Any sort of dampness is the first villain you’ll want to vanquish.

[Related: Proper drainage is the key to keeping houseplants alive]

Now, if you see a suspicious slime, powder, or other strange color or texture on your houseplant soil, it may be a fungus that’s large enough to be visually apparent. If that’s the case, or if you’ve been having allergy or asthma symptoms and want to cover all possibilities, you could try treating the soil. You might want to start with more mild fungicides, such as Bacillus amyloliquefaciens (a bacteria that wards off fungi), copper soap, and sulfur. I like to ask the people at my local nursery for specific brand recommendations. From there, you can move on to more specific fungicides, though you might want to figure out what species of fungus you’re dealing with so you know what to apply. You can do so by noting its appearance and doing some googling, or asking your local agricultural extension expert.

When to give up

If a suspicious ooze worries you enough that you’re ready to replace your houseplant, be sure to sanitize the pot, change out the soil, and get your next plant from a reputable nursery. If you think your fungus is causing illness, be sure to check your local biohazard disposal guidelines for what to do with the soil.

But ultimately, fungi cover the world and are intimately associated with plants. You’re unlikely to get rid of them completely as long as you keep their green buddies as roommates. And if the dangers of keeping a tiny piece of the natural world in your living room are simply too much, there’s no shame in fake plants.