What sex is this tomato plant? It depends on when you ask.

No binaries for these vineries. 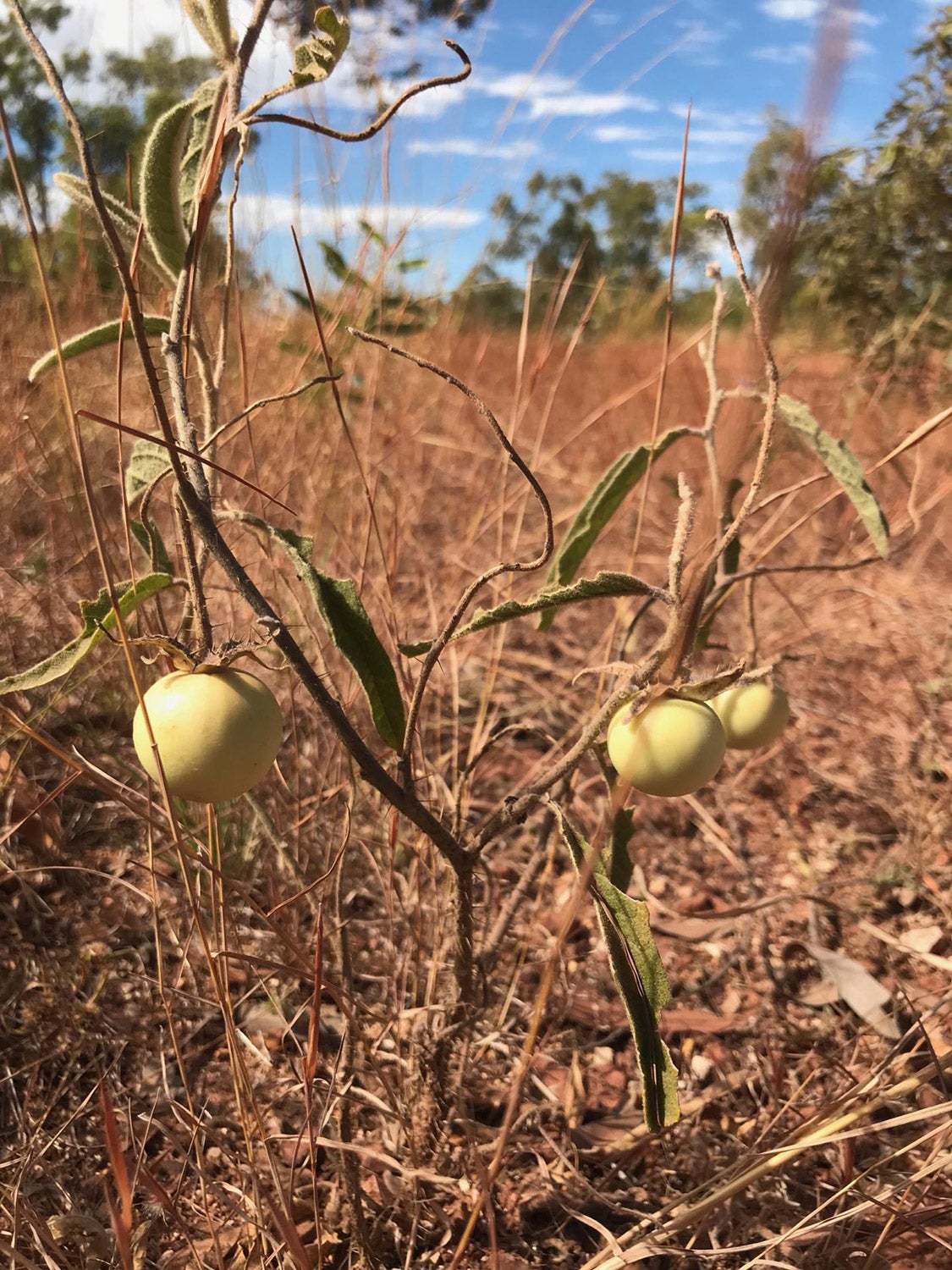 Driving through the outback toward the end of the rainy season, Chris Martine and his research team were unusually attentive to their GPS, watching each mile of dirt pass by. “We could not wait,” he says. Finally, the researchers arrived at the exact spot where, two years prior, they’d discovered what appeared to be a new species of bush tomato—one that defied all sexual convention.

Martine, a biodiversity scientist at Bucknell University in Pennsylvania, has been studying nightshades in the Australian Monsoon Tropics for 20 years. Even so, he struggled to make sense of these particular specimens, which seemed to display a different sex every time researchers took a look. As you may remember from middle school biology class, most (but not all) flowering plants are bisexual, meaning they have flowers with both pistils, which produce female gametes, and stamens, which produce male gametes. Some species, like squash, have distinct male and female flowers. And still other species, like cannabis or holly, have only one sex, with distinct male and female plants. But, as Martine describes in a new report, published Tuesday in the open-access journal PhytoKeys, a single bush tomato can appear as strictly male; hermaphroditic, with both male and female sex characteristics in its blossoms; or it can even carry single-sex and hermaphroditic flowers simultaneously. Individual plants seem to go through phases of presenting different sexual structures. That’s why the authors named it Solanum plastisexum, or malleable sex.

For the plants, “breeding system fluidity” is just a fact of life. It poses no problems to their reproduction: They create beautiful lavender petals and bright yellow central cones, the high contrast all the better for luring in pollinators. And their cream-colored fruits have long been a staple in the diets of aboriginal Australians. But for the scientists who study them, these non-binary tomatoes are truly beffudling—and have been for at least half a century. Martine and his colleagues discovered uncategorized specimens of the same species in Australia’s Northern Territory Herbarium dating back to the 1970s. The plants were accompanied by notes like, “This one has me puzzled.”

The mystery only propelled Martine forward. After he first spotted the plant, back in 2016, he took samples back to the lab in Pennsylvania for DNA analysis. He found that it was distinct from anything else in the genetic database—a good sign it was a new species. When the team went back to the same site in 2018, they collected more specimens and, crucially, seeds, which allowed them to grow the plants in a controlled greenhouse environment. “It was really important for us to be able to grow these plants and watch them through the entirety of their life cycle,” Martine says, instead of just a day or two in the wild. “What we found is that that same fluidity we saw in the wild was there in plants under cultivation.”

There’s still a lot to learn about Australian nightshades—and the rest of the plant (and animal) kingdom, for that matter. But Martine sees Solanum plastisexum as a timely reminder of the true diversity found in nature. The bush tomato is in good company, alongside fungi with 23,000 sexes; male marsh harrier birds, giant Australian cuttlefish, garter snakes, and colobus monkeys, all of which can adopt female characteristics when it’s advantageous to do so; female hyneas with psuedo-penises longer than their male counterpart’s sex organs; and clownfish, which are all born male, but can become female if their group is in need of a leader. “When considering the scope of life on Earth,” Martine and his co-authors concluded, “the notion of a constant sexual binary… is, fundamentally, a fallacy.”