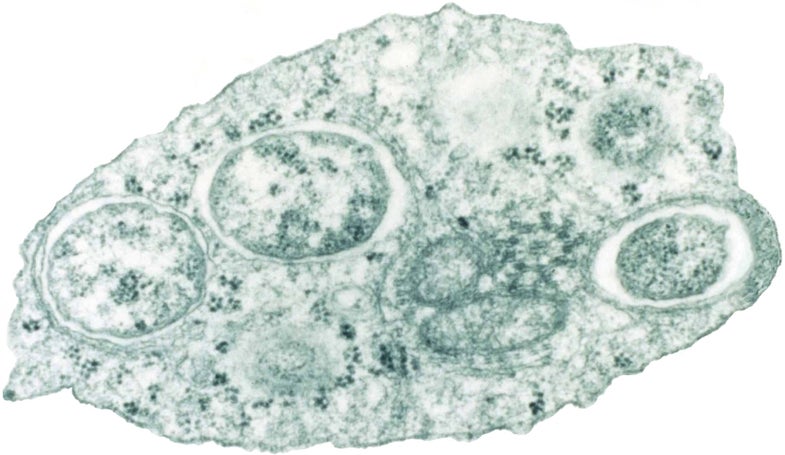 For its size, the Wolbachia bacterium packs a powerful punch. When it infects an insect, it hijacks the animal’s reproductive system and ensures that it can only mate with other infected individuals, thereby spreading itself rapidly throughout the host species’ population. On top of that, it blocks other bacteria and viruses from infecting its host, ensuring its hold on the organism.

A few years ago, researchers found that when infected into the Aedes aegypti mosquito, which spreads both the dengue and Zika viruses, among others, Wolbachia could stop the transmission of the dengue virus to humans. Since then, researchers have tested out this method and found that it has the potential to help control a local dengue outbreak.

Researchers then wondered if it could do the same for the Zika virus, which is structurally very similar to dengue. Now, in a report out this week in the journal Cell Host And Microbe, a group of researchers show that Aedes aegypti mosquitoes that are infected with Wolbachia are less effective at keeping and transmitting the Zika virus. That’s good news for humans.

Scientists say the method could be simple: Infect a few mosquitoes with Wolbachia, release them into the wild, and the bacteria would likely rapidly spread through the population. In particular, this new study found that if you infect the mosquitoes with a specific Wolbachia strain called wMel Wolbachia, then the mosquitoes become less able to carry the virus in their saliva, which in turn makes them less likely to transmit the virus to humans.