Mosquito sounds are annoying, but helpful to scientists. 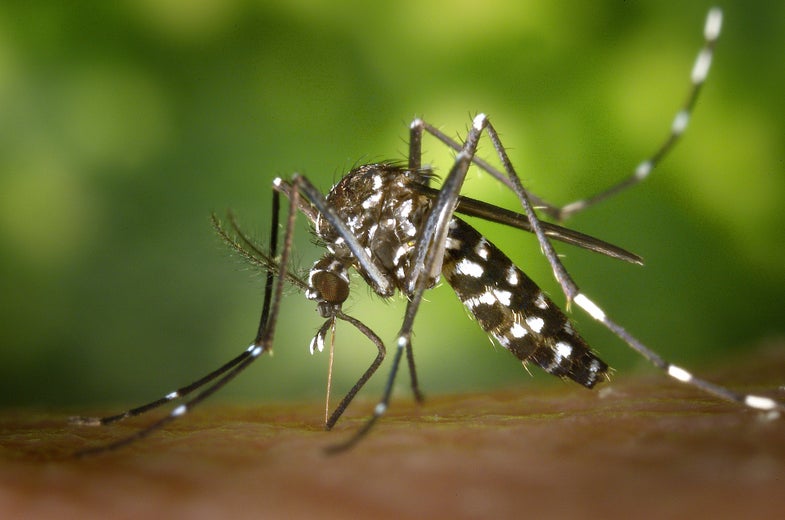 A mosquito’s buzz is not just obnoxious, it’s also foreboding—it signals that you might get bitten. At best, that means an itchy bite, and at worst—in regions where diseases like malaria or dengue are endemic—it’s a potentially deadly infection. But that irritating noise is a rich source of information for researchers who study the insects, as the frequency of the sound made by their rapidly flapping wings can tell them something useful: its species.

While the connection between species and wingbeat sound is old news to the scientists who study them, engineers at Stanford University have pieced together what they say is the largest reference dataset of mosquito wingbeat sounds—an analysis of the frequencies of the wingbeats of 20 different species. That sounds mosquito-sized compared to the approximately 3,500 species in total, but the researchers who collected the sounds focused on species that are key carriers of disease, as well as which ones they had access to.

The scientists behind the project hope that others globally will record mosquitos in the wild using their phones, then submit the sounds online so they can be compared against that master set, all to help them better understand what mosquito species are where. To build the master database, they actually used sounds recorded by a dated, inexpensive Samsung flip phone; the point being that even a low-tech phone can function as a sound-collection tool.

Haripriya Mukundarajan, a doctoral student in the department of mechanical engineering at Stanford and the first author of a study published recently on the research in the journal eLife, says they made most of their recordings in Centers for Disease Control and Prevention laboratories, sampling the sounds of colonies of hundreds of mosquitos. She says their algorithm has about a 68 percent accuracy when identifying mosquito species.

The broader point behind the research: since mosquitos bring with them diseases like malaria (which claimed 429,000 lives in 2015, the World Health Organization estimates), Zika, and dengue, it’s helpful to know where the different species are located. “It’s really important to map mosquitos across the world, because they’re spreading to a lot of new habitats now,” Mukundarajan says, pointing out that knowing the species locations will help public health officials tailor eradication programs for the insects. That’s why Mukundarajan thinks that using a recording of their sounds, with the data gathered by everyday people who submit the recordings, will help build more accurate mosquito maps.

“Sound is easy,” she says. “It’s the most noninvasive, easy way to identify a mosquito.” The team has set up a website for the project, called Abuzz, where people can submit recordings they have made with their phones, whether it’s an iPhone or more old-school device.

To be sure, maps already exist of mosquitoes by species—this 2012 study has some vibrant ones charting the range of the Anopheles genus of the bugs—but Mukundarajan says their goal is to create maps with a higher resolution based on more data points.

One of the nastiest species on their master list is Aedes aegypti, which is the vector for diseases like yellow fever, dengue, and Zika. “It’s particularly scary, because it’s spreading to new habitats quite widely,” Mukundarajan says. That species is known for being able to breed in small spaces, like a flower pot, in urban settings. Another is Anopheles gambiae, which brings with it malaria. The ultimate goal is that with better maps could come better mosquito eradication programs, and hopefully fewer cases of mosquito-born diseases.

Mukundarajan says they’ve received around 200 recordings of mosquitos so far, and is currently doing the work of manually feeding the recordings into the algorithm that identifies the mosquito species herself. She’s hoping for sound bites of mosquitos buzzing to come in from places like Brazil, India, and rural locations in Africa, as well as to make the process more automated.

And while the wingbeat frequencies provide great information for researchers, it plays a key role in the lifecycle of the bugs themselves. Wingbeat frequency is “very useful to them in finding mates,” Mukundarajan says. The buzzing of the females is lower in pitch; the males, higher. “The female chooses a mate based on how well the male can tune his wingbeat frequency to hers.”