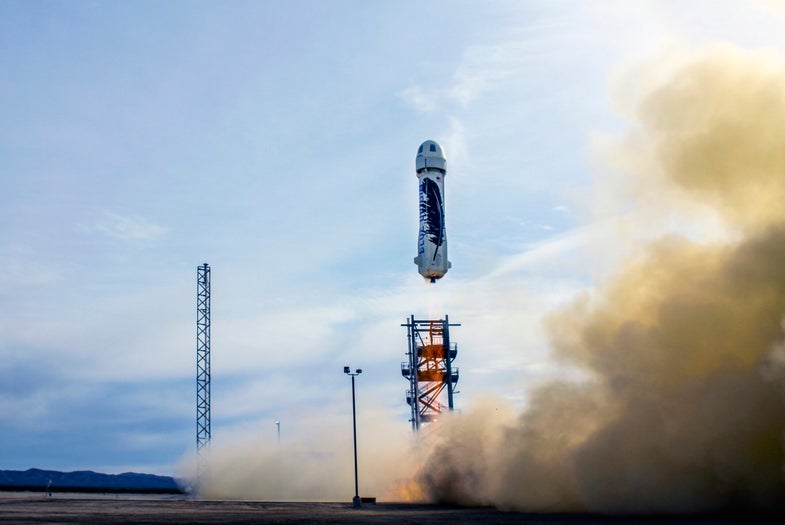 We’re going to have to wait a few more days for another experimental rocket launch. Today on Twitter, Jeff Bezos announced that Friday’s anticipated re-launch of Blue Origin’s New Shepard rocket would be postponed until Sunday.

The reason? Leaky o-rings, or a leaky gasket in the capsule’s nitrogen gas pressurization system.

(Side note: Gradatim ferociter is the motto of Blue Origin, and means “step by step, ferociously”).

The o-rings, as Bezos notes, will be replaced. Though the O-shaped rubber gaskets might seem like a small part of a spaceship, they are incredibly important. A failure of o-rings in cold weather was the primary cause of the Challenger disaster 30 years ago.

The launch on Sunday is expected to be the first live broadcast of a Blue Origin launch, and will be the fourth time reusing the New Shepherd rocket. The team is also expected to test what will happen if only one parachute deploys on the (uncrewed) passenger capsule.