A room full of computers gets shut down while the missile flies by above the building. 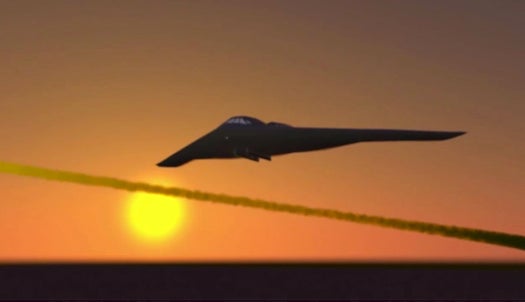 In whatever sense that there’s a “good” missile, this new one from Boeing seems like it. Rather than a missile that demolishes a target (along with everything nearby), countries have been clamoring for something more discreet: a weapon that knocks out the lights instead, crippling a target without collateral damage.

Last week, Boeing engineers tested out CHAMP–Counter-electronics High-powered Advanced Missile Project–on buildings in the Utah desert. In the first test, the missile sailed over a two-story building, then let loose microwaves to shut down a very ’90s-looking room full of computers. The TV cameras set up to record the test got knocked out, too, and six more were hit by missiles during the one-hour test.

The big draw for this, of course, is that it makes battles less messy by focusing on the electronic component instead of the human one. That might be true, but it doesn’t necessarily mean the battle would end as soon as CHAMP gets launched. As Boeing put it in a statement:

“This technology marks a new era in modern-day warfare,” said Keith Coleman, CHAMP program manager for Boeing Phantom Works. “In the near future, this technology may be used to render an enemy’s electronic and data systems useless even before the first troops or aircraft arrive.”