The More Chocolate A Nation Eats, The More Nobel Prizes It Gets

But not really. A research paper shows how perfectly verified statistical results can still be perfectly wrong. 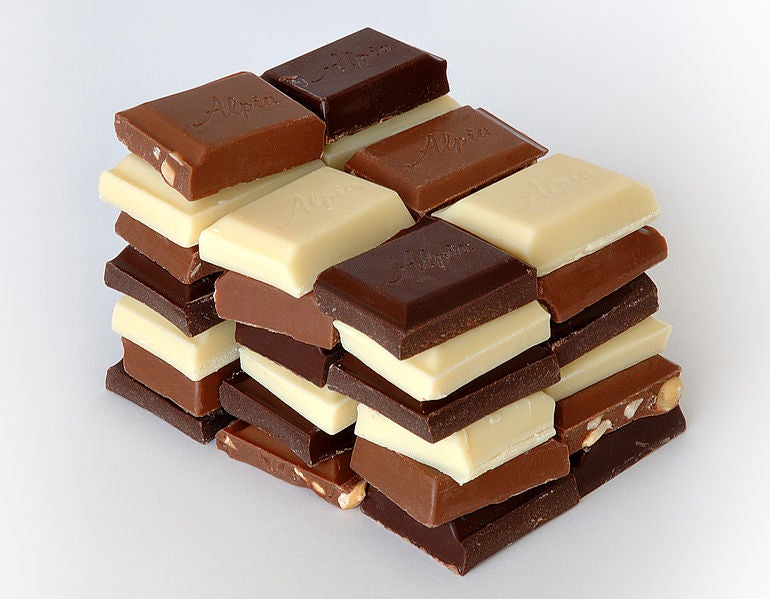 Today in faulty causality: A study has found that a country’s consumption of chocolate is directly correlated to the number of Nobel laureates it has produced. Leading the world in both chocoholism and Nobels: the Swiss, followed by the Swedes and the Danes. The U.S. would have to consume an additional 275 million pounds of chocolate per year to catch up (still no word on what benefits salt, a preponderance of processed foods, and trans-fats impart to a nation).

The correlation here is false, of course, and that’s precisely why the study was published. New York physician Franz Messerli noticed the correlation and published the study to show how p-values–a statistical tool that nearly all medical studies employ to prove the veracity of the causal relationships they describe–can be seriously flawed.

P-values essentially measure the probability that a given result will be as “extreme” as the observation if indeed there is no real correlation. It’s basically a test for randomness and a way for scientists to try to filter raw coincidence from their data. But in the case of the chocolate-to-Nobel correlation, Messerli calculated the p-value at 0.0001. That means the odds that this correlation is purely due to chance is just one in 10,000.

But Messerli himself calls the result “a complete nonsense correlation.” While there could be some kind of indirect correlation–chocolate is a luxury good after all, so one could assume that countries rich in chocolate are also rich in other things, like health care, education, and other factors that might influence a person’s chance of rising to Nobel status–there is no real established reason to believe that overall chocolate consumption (even dark chocolate, which has been shown in some studies to benefit the brain) generates Nobel laureates at an increased rate. Even the perceived link to wealth is incidental rather than causal. As a stand-alone finding, it is meaningless.

“Scientists look at hundreds and hundreds of different things, and every once in a while they will find two things that are surprisingly correlated with each other, and then they will say, ‘Look at those very strong correlations and how important that is,'” American physicist and 2001 Nobel physics prize winner Eric Cornell told Reuters Health. “But what they don’t do is tell you about all the different things that aren’t correlated.”

The lesson here: Brush up on your Nassim Nicholas Taleb and don’t believe everything you read in the media. Some correlations are tempting and even statistically verifiable. But that doesn’t necessarily make them, or the research they underpin, the undisputed truth.