How NFC Radios Will Help the Visually Impaired to See

The day I entered public school, I was classified as visually impaired. I have a rare genetic syndrome known as... 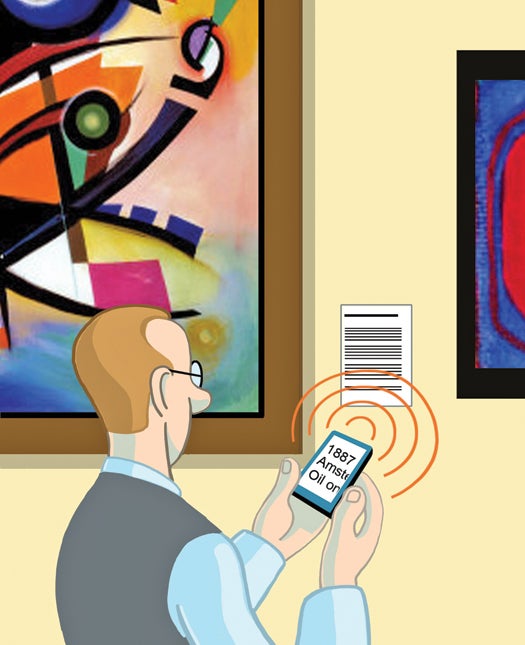 The day I entered public school, I was classified as visually impaired. I have a rare genetic syndrome known as achromatopsia. I’m color blind and light sensitive, and my distance vision is flat-out awful. Even corrected, it’s closer to 20/100 than 20/20. I can’t see street signs until I’m a yard away from them and I don’t even bother trying to read most posters, plaques or museum cards.

I’m not alone: About 21.5 million Americans have low vision, and analysts expect that number to double over the next 30 years as baby boomers age. But new uses for near field communication (NFC), a short-range device-to-device transmission protocol, could help break down the frustrating barrier between the visually impaired and the text around them.

Smartphones are already capable of helping low-vision users work with small screens. Apple, for example, programmed iOS with settings that allow the user to enlarge the point size of its font up to 56. iOS also features VoiceOver, an app that dictates whatever is on the screen; tap the mail icon, for example, and the app will say, “Mail. Two new items.” An app called Mobile Accessibility provides similar features for Android phones.

Several third-party apps can also help users better interact with the world around them. LookTel Recognizer (iOS) uses object-recognition software and the phone’s camera to identify items such as soda cans in a vending machine or DVDs on a shelf. But there are drawbacks. For LookTel to work, users have to first save images into the app’s library, and similar apps need an Internet connection to work.

NFC could enable users to pull information about anything they encounter directly to their phone. When a user waves an NFC-enabled phone within two inches of an NFC tag (a sticker containing a radio and a small memory chip that holds content like text and URLs), the devices “see” one another’s electromagnetic signatures, connect, and pass data across the 13.56-megahertz frequency.

NFC is only now reaching the U.S. Last fall, Google released Wallet, an app that uses NFC to transmit credit-card information, and Android 4.0, an operating system that natively supports NFC. Since then, manufacturers including LG and Samsung have announced NFC-equipped phones. Meanwhile, semi­conductor makers are selling NFC tags for only a few cents each, and the NFC Forum, a consortium responsible for developing NFC specifications, has issued NFC licenses to more than 1,100 companies.

As NFC adoption grows, so, too, will the number of applications that cater to those with low vision. Users can download tasting notes for a bottle of wine over NFC; why not an audio version of a menu in a dimly lit restaurant? Curators at the Museum of London have replaced printed brochures with digital ones visitors download from NFC tags. Could instantly downloadable—and easy-to-read—museum cards be so far behind?