Study: We Can Spot Powerful Leaders In 2 Minutes

A new study suggests we can identify the leader of a group of strangers by sight. 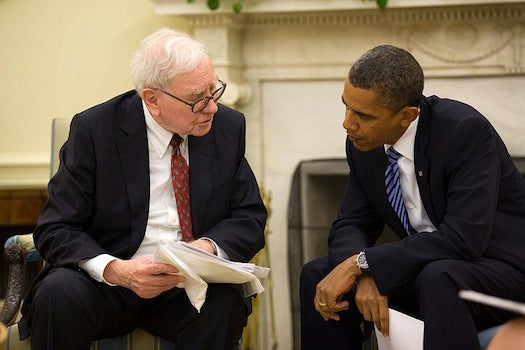 Thought experiment: What if you didn’t know Barack Obama was president? Would you be able to spot him in a crowd–single him out as a leader? A new study suggests you might. Researchers at the University of British Columbia have found that people can identify leaders by sight–all it takes is about two minutes.

To figure this out, the researchers took a sample of 200 people, then broke them up into small groups and had them solve puzzles. The subjects then ranked each other based on who was the most dominant, prestigious, and influential in the group. After that, another group of 60 people was hooked up to eye-tracking technology and shown two minutes of the teams’ problem-solving attempts. The watchers, researchers found, focused in on the person ranked the most dominant. (As an aside, likability didn’t seem to affect where people looked, and “dominant” means “intimidating” more than “inspiring.”)

Watching a group complete simple tasks together sounds like a fairly easy way to pick out the leader, so there’s no telling how the situation would change at, say, a cocktail party. But if we really can determine the boss in two minutes, that’s an intriguing find.