When we talk about wearable tech we tend to get all Jetsonian about it. Watches that cool our whole bodies!... 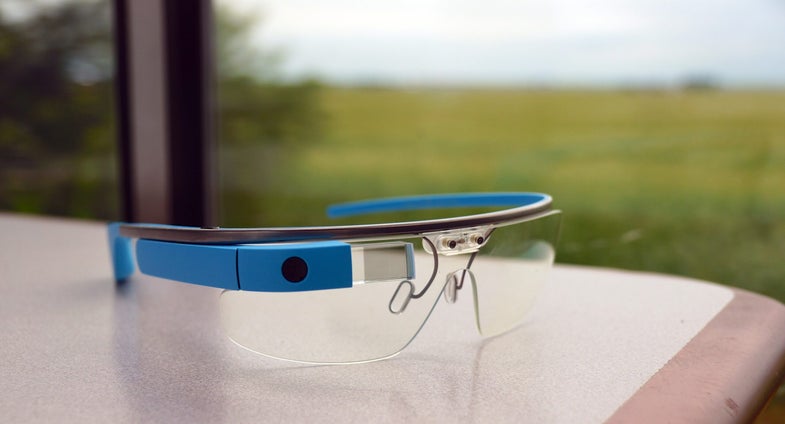 These photographs were not taken with Google glass, but document the journey across the United States with Google glass. To see the shots taken by Glass, see this blog post: The USA #ThroughGlass – Photos | Ted Eytan, MD.
SHARE

When we talk about wearable tech we tend to get all Jetsonian about it. Watches that cool our whole bodies! Self-inflating wearable airbags! Dresses made of body armor! But possibly the largest seller of wearable technology is in your local mall: Uniqlo. That place where you get your socks and underwear.

Uniqlo is a great example of we should be talking about when we talk about wearable tech. Fashion tech isn’t always about finding a way to wear a computer somewhere on your body. It’s about making garments that give us comfort and convenience, but don’t even warrant a debate of whether or not they’re rude to wear at the dinner table. They don’t hurt. They’re not bulky.

“There are a lot of fashion trends going on, but there is no true innovation that impacts your actual life,” Uniqlo’s director of global marketing, Kensuke Suwa, told Business of Fashion in April. “How to make your life better could be in the middle between fashion and sports. For example, athletes wear technically sophisticated uniforms; some of the essence of that could result in better clothes that would change clothing itself, instead of just following fashion trends.”

A lot has been written about Uniqlo this year due to their big push to open 98 new stores in 2014. A 2010 profile of the company in New York magazine touts their ability to churn out simple basics in a plethora of colors, but just a few years later the brand is anything but basic. Hot designers like Alexander Wang and Jil Sander have worked with Uniqlo, and just this week they announced a collaboration with fashion industry muse Ines de la Fressange. But Uniqlo’s is not the same trajectory we saw with H&M or Zara. President of parent company Fast Retailing (which also owns theory, Comptoir des Cotonniers, and J Brand) Tadashi Yanai told Bloomberg this month that Uniqlo will “change our marketing to focus on quality materials and high-function garments, rather than on price.” The fashion industry, Yanai pointed out, isn’t about innovation, it’s about constantly chasing down trends. In that way, he argued, Uniqlo is a technology company, more interested in innovating their materials than keeping up appearances. Heck, Yanai is even modeling his stores after Apple.

But just looking like Apple doesn’t make you Apple (eh, JC Penney?). And I would argue that Uniqlo is following more of an activewear model than a tech one. Technology companies set out to amaze. As Apple’s retail motto goes: surprise and delight. Realizing your year-old cashmere sweater hasn’t pilled yet is more of a “…huh!” moment than a “wow!” one. Activewear companies, though, focus on subtle ways to make us comfortable. They keep us dry when we’re hot. They monitor our bodily functions. They rid us of the plague that is thigh chaffeage. Wouldn’t it be great to have that kind of attention to detail when you’re not exercising? Other companies are, of course, giving us day-to-day activewear. Startup Heapsylon is set to release a washable t-shirt that monitors heart rate for only $59. Nike has whole collections of womens- and menswear that uses their active tech (sweat-wicking, cooling, light fabrics that insulate heat) to make your daily life better. I’ve even seen the Nike FuelBand sported around the Vogue offices lately.

And there’s a reason companies like Nike and Apple are designing for our wrists. A simple band around the wrist is out of the way (but easily visible if needed) and quick to be forgotten. It’s not commanding your constant attention, it’s just quietly doing it’s job, there when you need it. Sure the visual stimulation of an LED-lit dress or all you friends’ tweets streaming on your shirt is cool, but, then, maybe it’s art. A long-fought debate has been going on amongst tech bloggers about what is keeping wearable tech from taking off in mass markets. Most blame it on price, and sure, that’s an issue. But if people will pay $900 for a Prada bag, why wouldn’t they pay that for one that charges their phone? Wearables companies could take a lesson from one of the earliest examples of wearable tech, the pacemaker, and design more products that complement and aid humans, instead of making us adapt to their inventions.

Earlier this year, Apple seems to have realized that if they’re going to get into wearable tech they’ll need some fashion experts on their side. (After hiring Paul Deneve, formerly of Yves Saint Laurent, to presumably work on wearables, they’ve recruited Burberry alum Angela Ahrendts to run the retail operation.) And if Google brings in hip glasses retailer Warby Parker to work on Glass, as is rumored, people with 20/20 vision may actually be willing to spend hundreds on a pair that at least look somewhat attractive. Uniqlo was a fashion company first, but they figured out that they couldn’t just bring in a tech consultant to really innovate. They became a tech-focused company, opening their own nanotechnology labs to experiment with hi-tech fabrics. Their goal became not low prices but intuitive clothing, and that should be the focus of any tech company looking to tap into the lucrative world of fashion.

The point is, we shouldn’t have to pay a bunch of bitcoin, be ostracized from society, and suffer discomfort to enjoy wearable technology. Fashion tech is like thong underwear: if it’s good, you won’t even know it’s there. Now let’s get back to obsessing over weird gadgets that make us into robots, shall we?