In a small country, you've got to be careful about keeping it in the family. 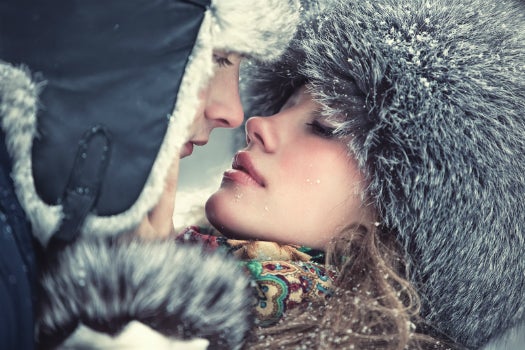 The world can seem like a mighty small place, but nowhere more so than in Iceland, a country of 320,000 people where getting it on with a relative isn’t even a question–the question is, how distantly? Thanks to a new app that warns users if they’re too closely related, Icelandic daters can now go to bed feeling a little more assured that they won’t eventually run into their one night stand at a family reunion.

The Android app, Islendiga-App or the “App of Icelanders,” will sound an “incest prevention alarm” if two closely related users bump their phones together. It combs through the Islendingabok, or the Book of Icelanders, a database that has compiled genealogical information for up to 95 percent of the country’s population, and determines whether or not you share a grandparent.

As the AP notes, most people know who their first cousins are, so the app might not be entirely useful. Most Icelanders share common descent from a group of ninth-century Viking settlers, so really, the danger probably lies more in kissing your second cousins. 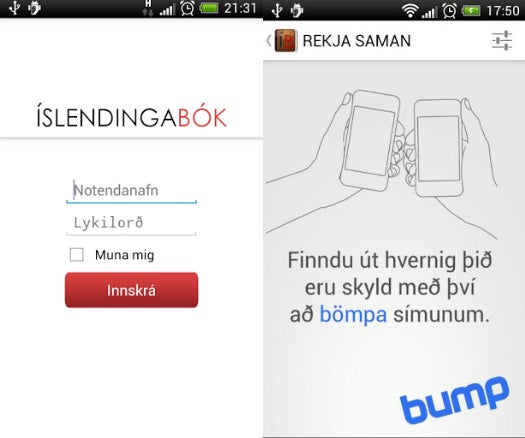 Bump Phones Before You Bump In Bed

“Everyone has heard the story of going to a family event and running into a girl you hooked up with some time ago,” Reykjavik resident Einar Magnusson, told the AP. “It’s not a good feeling when you realize that girl is a second cousin. People may think it’s funny, but (the app) is a necessity.”

Of course, as the News of Iceland points out, being related to everyone in the country has its merits–you’re related to Björk!

A team of students from the University of Iceland built the app as part of a contest to find creative uses for the Islendingabok, and it’s not entirely incest-based. You can also access all the information on the online database, and it’ll remind you when your relatives’ birthdays are. But “Bump the app before you bump in bed” is a far catchier slogan than “Remember Great-Aunt Sally’s birthday this year!”