Have engineers learned anything from the loss of the unsinkable Titanic? Will they ever? 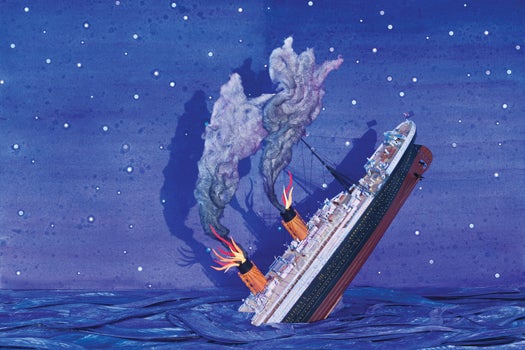 The hundredth anniversary of the wreck of the Titanic on April 15 provides a welcome moment to celebrate the many great strides made by engineers. In 2012, people move around the world more quickly and more safely than ever before. But the fate of the Costa Concordia, the cruise ship that ran aground off the coast of western Italy in January, reminds us that no matter how much progress we make, disasters still happen. It also presents a question: After a century of advances in naval engineering, why are we still unable to prevent deadly wrecks?

My graduate-school teacher, William H. McNeill, explored a similar question in a 1989 essay, “Control and Catastrophe in Human Affairs.” McNeill had economic wrecks, not shipwrecks, in mind. At the time he was writing, regulators were confronting the savings and loan crisis, which itself was just the latest in a long series of financial and monetary debacles dating back to at least the Panic of 1873. Why were regulators unable to better manage the system? After each panic or crash, they would step in with reforms, yet no matter how careful the design, at some point those reforms would fail, and catastrophe would return anew. McNeill proposed that the problem was not poorly designed reforms, but rather reforms that worked all too well. They achieved their intended purpose, but they did so by shifting risk to less-organized places. “It certainly seems as though every gain in precision in the coordination of human activity and every heightening of efficiency in production were matched by a new vulnerability to breakdown,” McNeill concluded. “If this is really the case, then the conservation of catastrophe may indeed be a law of nature like the conservation of energy.”

We can observe another var­i­a­tion of the conservation of catastrophe in the construction of medieval cathedrals. When builders discovered clever ways to construct larger and airier, more light-filled testaments to the glory of God, they incorporated them enthusiastically. Those new levels of achievement, though, also exposed the structures to previously unknown hazards. For instance, when the architects of the Cathedral of Saint Peter in Beauvais, France, set out to build the tallest church in history, they deployed the then cutting-edge technology of flying buttresses. The lightweight buttresses were a brilliant innovation, but the soaring design they enabled also revealed previously irrelevant structural flaws, still under scholarly investigation, that led to a partial collapse of the choir in a windstorm in 1284, a dozen years after construction was complete. (High winds also doomed another landmark, the Tacoma Narrows Bridge in Washington, six centuries later.)

Disaster may also reassert itself when engineers are so successful that they actually transform the environment. In attempting to control flooding on the Mississippi River, for instance, engineers built levees close to the riverbanks. Floodwaters that were once dispersed across a wide plain were now confined to a high, narrow channel. It worked well for the most part—but narrow waters run faster, so when the levees were breached or overtopped, as was inevitable, the same volume now spread more quickly, causing greater damage. Similarly, forest managers’ increasing ability to suppress wildfires can lead to the buildup of brush—which turns out to be a far more powerful fuel for the fires that do eventually rage out of control.

We can see the same three trends at work in marine disasters: First, genuinely safer systems can sometimes cause the crew to miscalculate risk. Second, genuinely better engineering can expose previously unrealized weak points. And third, the size and complexity that make new ships so impressive may exacerbate trouble when disaster does strike. 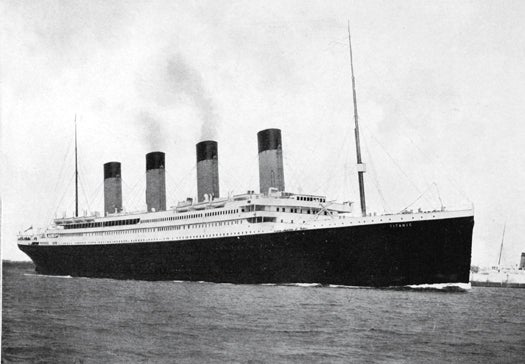 The Titanic’s captain, five years before it launched: “I cannot imagine any condition which could cause a ship to founder.”

The Titanic demonstrated all three effects spectacularly, and precisely because its designers and officers were some of the most capable and experienced men of their professions. Captain Edward Smith’s declaration in 1907 that “I cannot imagine any condition which could cause a ship to founder” might sound tragically foolhardy today, but he had reason to be confident. Big iron and steel ships really had held their own against icebergs—that same year, the Kronprinz Wilhelm, a German superliner, had survived such a collision with only minor damage. But the new transatlantic steamers were no more stable than their weakest points. The Titanic’s rivets and steel plating, analysis of samples from late-20th-century dives has suggested, may have failed in the collision. Furthermore, the scale of the ship, far from being protective as the designers and captain believed, made the hazard even greater. Forensic naval architect Philip Sims noted recently that the Titanic was three times as large as the iceberg-surviving Kronprinz Wilhelm and was “moving 30 percent faster, so it had five times the impact energy pushing in her side plates.” And in the event of the disaster, that size only made matters worse. The length of passageways delayed some passengers in reaching the lifeboats, many of which were launched half-empty.

Engineers should remain aware that new designs can bring about new disasters.The disaster of the Titanic led to reforms. Congress began requiring ships to monitor the airwaves at all times. The International Convention for the Safety of Life at Sea in 1913 called for ships to carry enough lifeboats to hold every passenger, and for the creation of an International Ice Patrol, to monitor icebergs. Yet disaster just as surely reasserted itself. The addition of lifeboats made some vessels less stable; the excursion ship Eastland, already relatively top-heavy before the installation of additional post-Titanic lifeboats, capsized in Chicago Harbor in 1915, killing 844 passengers. The ship was overloaded, and the alarmed crowd rushed from side to side until it listed fatally. 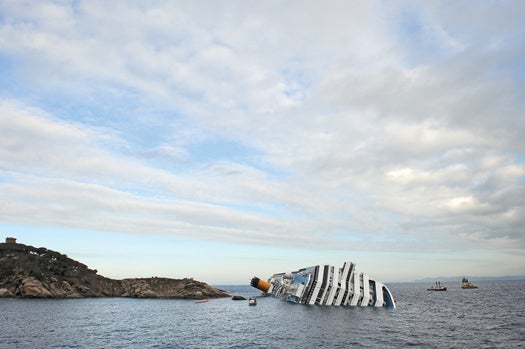 Passengers on the Costa Concordia, which ran aground off the coast of Italy in January, learned an old lesson: Disasters will strike despite (or perhaps because of) the best efforts of engineers.

The operators of the Costa Concordia appear to have repeated some of the same errors. The cruise-ship industry trumpeted the safety record of its shallow-draft megaships, originating in the 1980s. They became as iconic in the age of mass tourism as the transatlantic liners had been in the heyday of American immigration. With 4,200 passengers and crew, the Costa Concordia was far from the largest of its kind. Its captain was also experienced and well regarded by his peers. But as with the Titanic, the long period of success may have been misinterpreted. Some witnesses claim that the captain was distracted by conversations with passengers on the bridge at the moment of impact. He may have been overly confident because he had navigated the ship successfully on a similar maneuver only months earlier. Like Captain Smith, he has been criticized for delaying evacuation, too—possibly overly confident in the ship’s resilience—thereby losing an hour before the ship began to list, which rendered half the lifeboats useless.

We don’t yet have evidence regarding the Costa Concordia’s hull and whether the construction may have had weaknesses revealed only under unusual stress, as at Beauvais and on the Titanic. But it’s very possible that construction of the hull did not assume that rocks could inflict a gash 160 feet long. We’ll know more when the designers and builders testify.

Finally, the Costa Concordia’s scale, like the Titanic’s, created unforeseen problems. Now as then, the ship’s evacuation routes confused many passengers. The Costa Concordia’s designers may have thought that by using advanced evacuation dynamics software to plan the interior, they could assure an orderly exit even from the most remote quarters. But Dracos Vassalos, a professor of maritime safety at the University of Strathclyde in Scotland, recently noted in USA Today that “the internal architecture of cruise ships is so complex that even with the same effects being accounted for in . . . experiments, computer simulations or, indeed, in real-life accidents, we could potentially see a different outcome every time we simulate the accident.”

Engineers should, of course, continue to develop measures to prevent disasters. Collision-resistant construction, however imperfect, has helped save thousands of lives. On the Titanic, it bought hours of precious time; if evacuation had been ordered earlier and the nearby Californian had responded to distress calls promptly, the death toll might have been much lower. And the great majority of Costa Concordia passengers were rescued without serious injury.

Engineers should remain aware, though, that new designs can bring about new disasters—or, as McNeill concluded, “Both intelligence and catastrophe appear to move in a world of unlimited permutation and combination, provoking an open-ended sequence of challenge and response.” Debates about the Titanic’s end continue, and hearings and legal proceedings regarding the Costa Concordia will probably also take years. But wherever the fault lies, we have already been reminded that there is no substitute for vigilance, imagination and enlightened paranoia. In the words of Lewis Carroll’s Red Queen, we need to run as fast as we can to stay where we are.

Edward Tenner is the author, most recently, of the book Our Own Devices: How Technology Remakes Humanity.