How It Works: The Earthquake Machine

The fundamentals of earthquake mechanics are simple: Pieces of rock slip past one another along a fault to release pent-up... 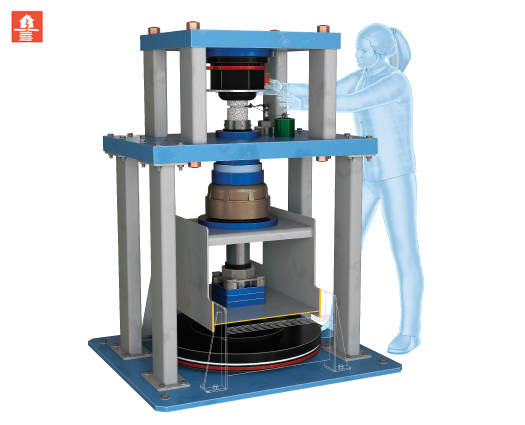 The fundamentals of earthquake mechanics are simple: Pieces of rock slip past one another along a fault to release pent-up energy. Some of that energy ripples outward, causing seismic waves that shake the earth. But how long it takes and exactly how the energy dissipates has remained elusive. To discern these processes, researchers recently built a machine at the University of Oklahoma to mimic what happens inside the earth’s crust.

Two slabs of rock, ground against each other by a 500-pound flywheel, simulate fault stresses to provide data on the energetics of a tremor. “Most of the energy seems to go into heating, and some goes into grinding up material,” says David Lockner, a geophysicist with the U.S. Geological Survey in Menlo Park, California. “What we’re all familiar with—the energy that is radiated as ground shaking—ends up being 10 percent or less.” Lockner says that understanding how an earthquake’s energy evolves over time will help engineers design better earthquake-resistant structures. 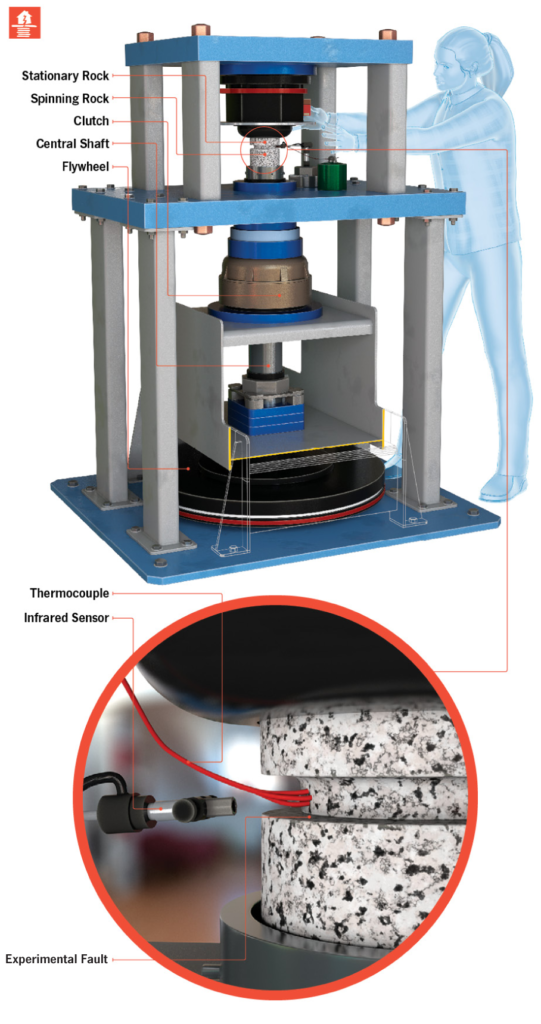 The heart of the apparatus is a flywheel, a device that stores energy mechanically by spinning at high speeds. It’s driven by a 100hp motor that can reach 3,300 rpm within 1/10 of a second. The flywheel connects to a central shaft.

An additional shaft connects the clutch to a four-inch-diameter cylindrical block of granite or dolomite, which spins in sync with the flywheel. Researchers use the granite and dolomite as proxies for rocks in the Earth’s crust.

Sensors next to and within the rock monitor how the material deforms, grinds, and heats up during the simulation [see inset, above]. For example, infrared sensors and thermocouples measure rock temperature, while other sensors measure how fast the rock spins.

Immediately afterward, the clutch engages, and the attached block of granite starts to spin. It grinds into a stationary block of rock positioned above. Where both rocks meet is the experimental fault.

At the experimental fault, the spinning rock transfers some of its kinetic energy to the stationary one, and they begin to grind and slip past each other—an earthquake in miniature. 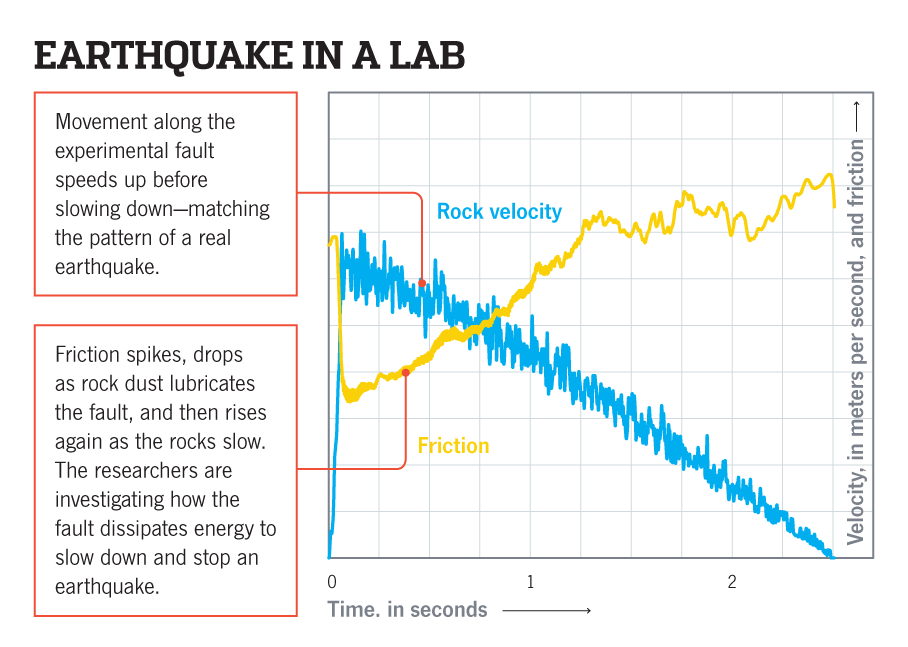 Earthquake In A Lab

Height of the Machine in Feet: 5.9
Weight of the Flywheel in Pounds: 500
Seconds the Clutch Needs to Engage: 0.03
Magnitude of the Largest Earthquake Yet Simulated: 8.0