The Tangled Logic Of Time Travel In Movies [Infographic] 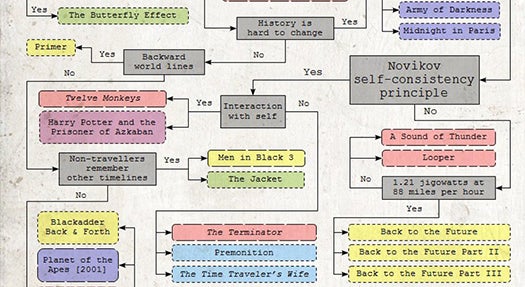 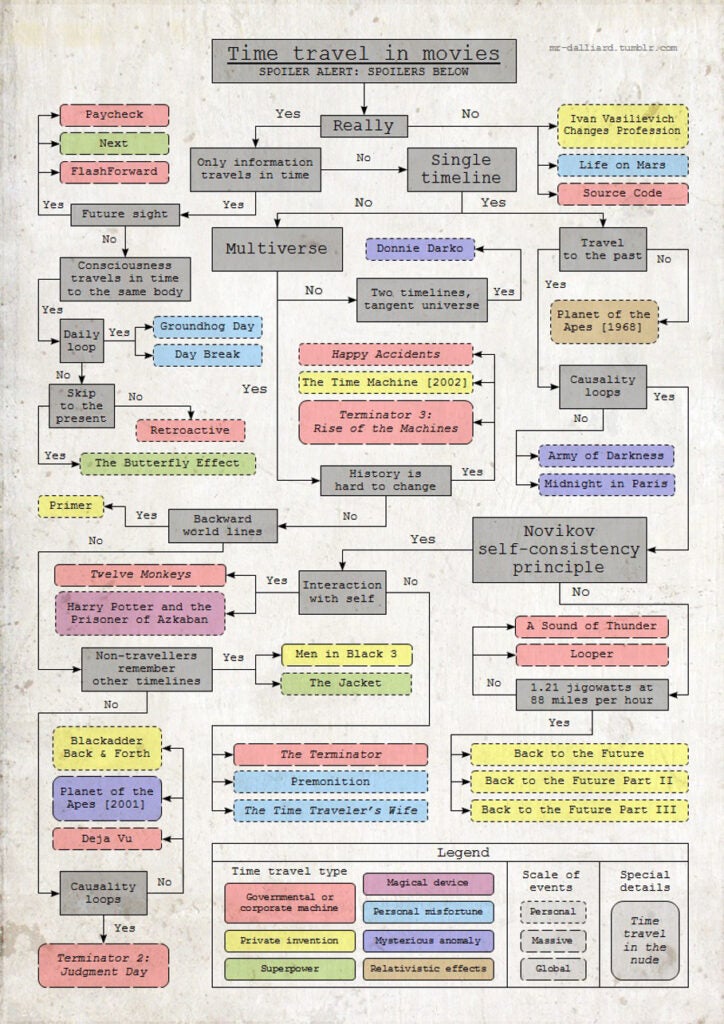 This infographic by Mr. Dalliard documents the nature, logic, and scale of time travel in film. Most of the terms are straightforward, and then there’s the “Novikov self-consistency principle.” Developed by a Russian physicist between 1975 and 1990, it asserts

that if an event exists that would give rise to a paradox, or to any “change” to the past whatsoever, then the probability of that event is zero. In short, it says that it’s impossible to create time paradoxes.

Neat! Next up: finding a physicist to explain why the first three Terminator movies all follow different time travel logic.