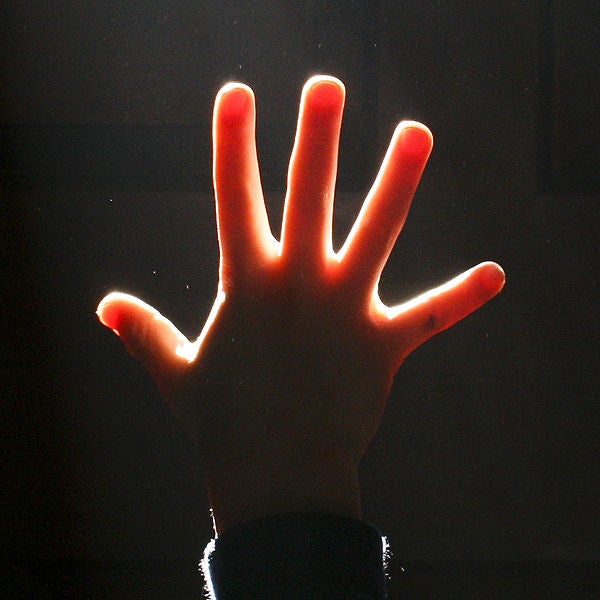 Reddit’s IAmA forums can be a regular source of BS, so when we came across this “Ask Me Anything” session in which a 24-year-old electrical engineer (and grad student) shares his experiences with having magnets implanted in his fingertips, we were skeptical. Then we read it, and it was kind of awesome. Moreover, it appears there are lots of people out there interested in the magnetic implant subculture–which apparently is a real thing.

Reddit user “elgevillawngnome” explains in this IAmA how he had two Parylene-coated neodymium magnets implanted in the thumb and ring finger of his left hand (he chose those two fingers because they are far enough apart from each other and don’t get in the way of his day-to-day activities). These magnets, surgically lodged in a layer of fat just below the skin, impart a kind of “sixth sense”–a sensation that allows him to feel magnetic fields in objects.

The magnets aren’t super strong–only something very small like a staple will stick to his fingers, and they don’t wipe his hard drive when he uses his laptop or demagnetize his credit cards when he handles them. “The sensation I get near a magnetic field changes from field to field,” he says in the IAmA. “AC fields cause the magnets to shake in my fingertips. This causes a similar sensation to bumping your elbow and your fingers going numb. Though, this changes in fields of different frequency or intensity. DC and permanent magnet fields just feel like it’s tugging on my finger.”

Below we’ve lifted a few more of our favorite questions and answers from this decidedly different Q+A session. You can read the thread in its entirety on Reddit.

I did it because it gives me a sixth sense. I can feel fields that I wouldn’t know were present before. My main reasoning is due to my profession. I’m going to be able to get a substantial amount of mileage out of the ability to “see” a magnetic field when I’m troubleshooting a wonky power supply or a motor that isn’t correctly functioning.

When you pick up metal objects what happens?

I can’t pick up ferrous objects much bigger than a staple. Other magnets on the other hand… man that’s fun. Other rare-earth magnets basically just feel like they are super glued to your fingertips. It’s dangerous to keep them on for long, because they pinch the blood flow to the area and can cause the skin to die, leading to the rejection of your beloved implant.

Do you have any problems going through airport security?

I haven’t had any troubles in my travels for the last few months. I’m quite concerned about an MRI though.

There is always the possibility. My implants are coated in Parylene, which is biologically neutral and rust proof. It’s the same stuff that they coat pacemakers with. I really hope it doesn’t happen, but there is a possibility of rejection with any body modification.

I am constantly being called magneto, and that is f**king boss. Unfortunately, they aren’t strong enough to be able to crush cars or pull the iron content of your blood out.

On a scale of 1 to sex in space, how f**king awesome is it having magnets in your fingers?

I’d place it at a solid 15′ Tesla coil hooked up to an electric guitar played by a bear.