Nanosponges In Your Blood Could Soak Up Infections And Poison

Mice who got nanosponge injections survived lethal doses of toxins. 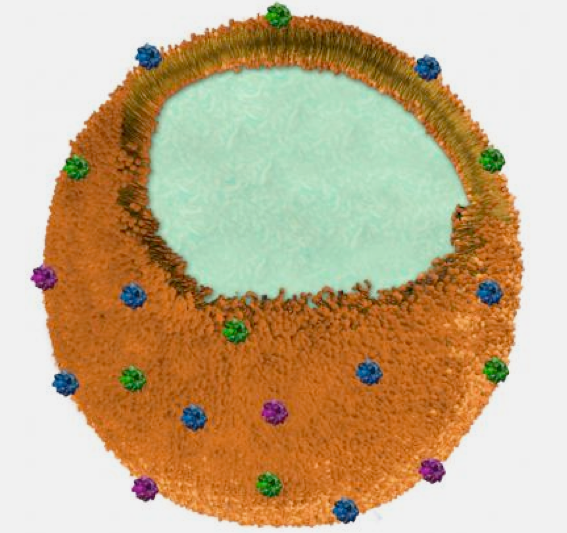 A newly invented “nanosponge,” sheathed in armor made of red blood cells, can safely remove a wide range of toxins from the bloodstream. Scientists at the University of California-San Diego inoculated some mice with their nanosponge, and then gave the animals otherwise lethal doses of a toxin–and the mice survived.

This is especially interesting because a nanosponge can work on entire classes of toxins. Most antidotes or treatments against venom, bioweapons or bacteria are targeted to counteract a specific molecular structure, so they can’t be a one-size-fits-all solution; this nanosponge can.

Scientists led by Liangfang Zhang, a nanoengineering professor at UCSD, worked with a class of proteins known as pore-forming toxins, which work just the way they sound: By ripping a hole in a cell membrane. These toxins are found in snake venom, sea anemones, and even bacteria like the dreaded drug-resistant Staph aureus. The proteins come in many different shapes and sizes, but they all work in a similar way.

They designed a nanosponge to soak up any type of pore-forming toxins. It consists of a tiny (85-nanometer) plastic ball wrapped in red blood cell membranes, which basically serve as a decoy and soak up the poison. The plastic ball holds everything together, and keeps the protein away from its real cellular targets. The entire nanosponge is 3,000 times smaller than a full red blood cell. The devices had a half-life of about 40 hours when the team tested them on lab mice, according to a release from UCSD.

They injected mice with 70 times as many toxic proteins as nanosponges, and the sponges still neutralized the poison and caused no visible damage to the animals, the team reports. Next up are clinical trials in animals, to verify that it works safely in a wide range of cases.

The paper is in this week’s issue of Nature Nanotechnology.