It’s tough being a pirate these days. Facing off with Navy SEALs and missile cruisers on their home turf of... 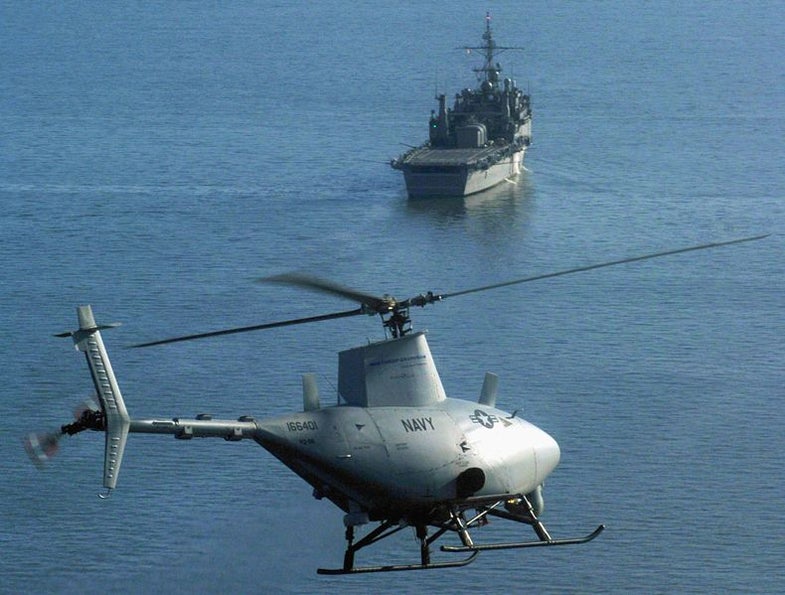 It’s tough being a pirate these days. Facing off with Navy SEALs and missile cruisers on their home turf of the high seas is tough enough for small-arms wielding pirates in diminutive watercraft. Now, the Navy is bringing in the robots. The Office of Naval Research has plans to imbue its Fire Scout unmanned, ship-launched helicopters with electronic brains capable of identifying the small boats generally used by pirates.

Computer vision of this kind is generally pretty difficult, as object recognition is a really tough computational task. But the pirate-hunting Fire Scout will have an additional piece of technology on its side: LIDAR . This “laser radar” technology bounces laser pulses off of surrounding objects to quickly and accurately render a 3-D image of its environment, even at a distance.

These Fire Scouts will be equipped with a database of watercraft profiles for boats commonly used by pirates in places like the Horn of Africa, where Somali pirates have been increasingly brazen in their attacks on commercial ships. After creating a LIDAR rendering of a boat on the water below, the Fire Scouts will quickly cross reference the parameters of its 3-D image against those in its database. If it determines that the boat in question is a potential piracy threat, it will notify its human operators.

That means Fire Scouts could be deployed in heavily trafficked waters and autonomously keep a lookout for anything suspicious. And, as we’ve seen the Fire Scout weaponized before, it could presumably even be used to interdict if the need arose. That’s not really the purview of the current ONR initiative, but we’ll go ahead and say it since that’s what everyone’s thinking. First tests will take place off the California coast this summer.