Birds are a serious menace to aircraft. They often get scared by the noise of approaching and departing planes, and... 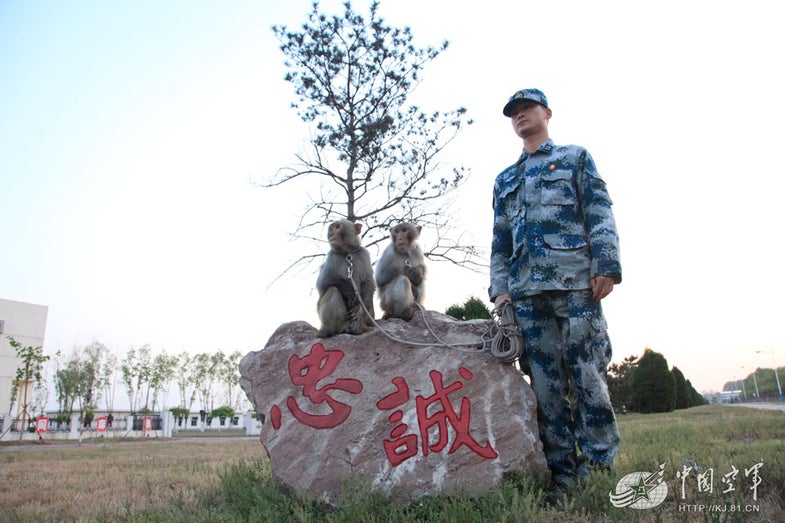 The Air Force monkeys and their handler stand at attention, before going on to dismantle treetop birds nests to keep the avian swarms from crashing into nearby aircraft. http://kj.81.cn
SHARE

Birds are a serious menace to aircraft. They often get scared by the noise of approaching and departing planes, and can fly in the path of an aircraft taking off and landing. In that case, the best case scenario for the aircraft is that the bird simply impacts into the fuselage, making an unseemly dent. But at higher speeds, bird collisions can damage important areas like radars, cockpit windows and fuel tanks. The worst case is when birds get sucked inside a jet engine; a birdstrike to the engine’s turbine fan compressors can cause catastrophic failure, resulting in the loss of power and a crash landing. 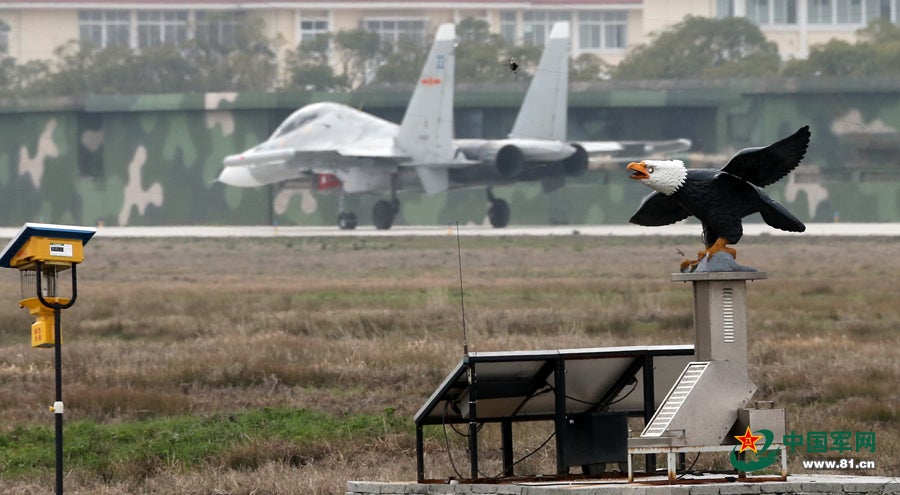 The Chinese Air Force uses a scarecrow plastic bald eagle, sustainably powered by solar energy, do drive its loudspeakers and rotate. The bald eagle should scare birds away when aircraft land and takeoff, like the Su-30MKK fighter in the background.

The Chinese military takes the bird menace very seriously; some airbases even have solar powered, eagle-shaped acoustic scarecrows to deter the legions of marauding sparrows and pigeons. However, the PLAAF has been driven up the wall by the persistence of birds at one Beijing Military Region airbase. The base commander confessed to using scarecrows, nets, smokebombs and even live ammunition to scare off the birds to no avail. The birds just keep on coming back to the same trees, and there’s too many trees to cut down. And sending an airman to climb trees and remove nests means less time training for the kind of anti-access/area denial operations that so scare US military planners. So enter the monkey, with the Washington Post covering the deployment of a team of monkeys to the base in an article entitled “They’re fierce, furry and ready to protect China.” 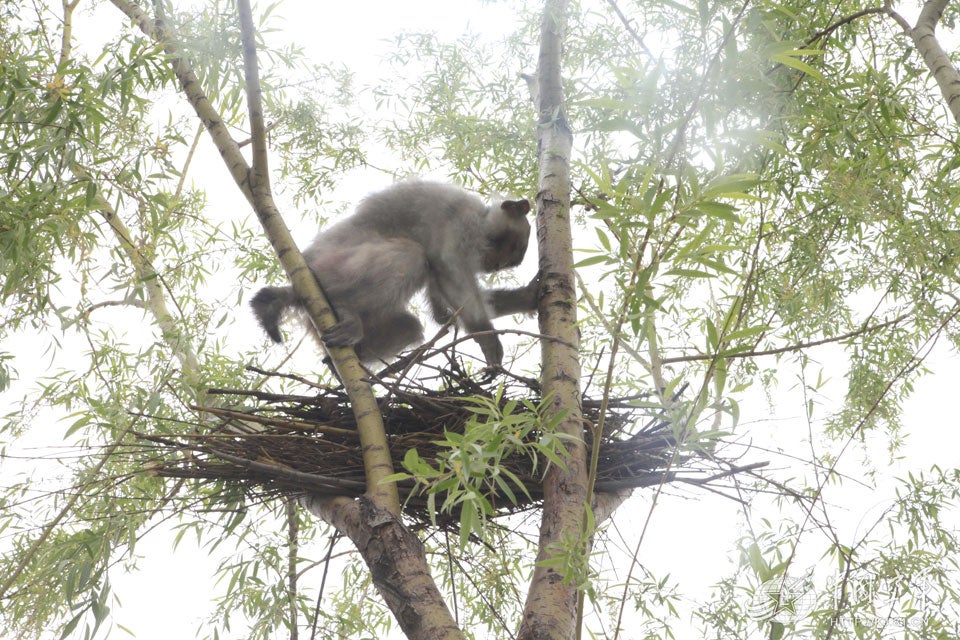 A rhesus macaque is hard at work, tearing out a bird nest too close for comfort to a Chinese air base.

The PLAAF’s news website has further detail and pictures, saying that the monkeys are currently serving in a troop 25 strong. Commanded by whistle, they climb into the trees to destroy the birds’ nests at a combined rate of 180 a day. Judging by their prominent ears, medium size and whitish-brown fur, these are probably Rhesus macaques, of the subspecies tcheliensis , which is native near Beijing. Rhesus macaques are very common in Asia, relatively comfortable around humans, and can tolerate the weather around Beijing due to their adaptability to a wide range of climates (a feral colony even lives on Morgan Island, South Carolina). If the monkey platoon continues its success, it could be deployed to other PLAAF bases. 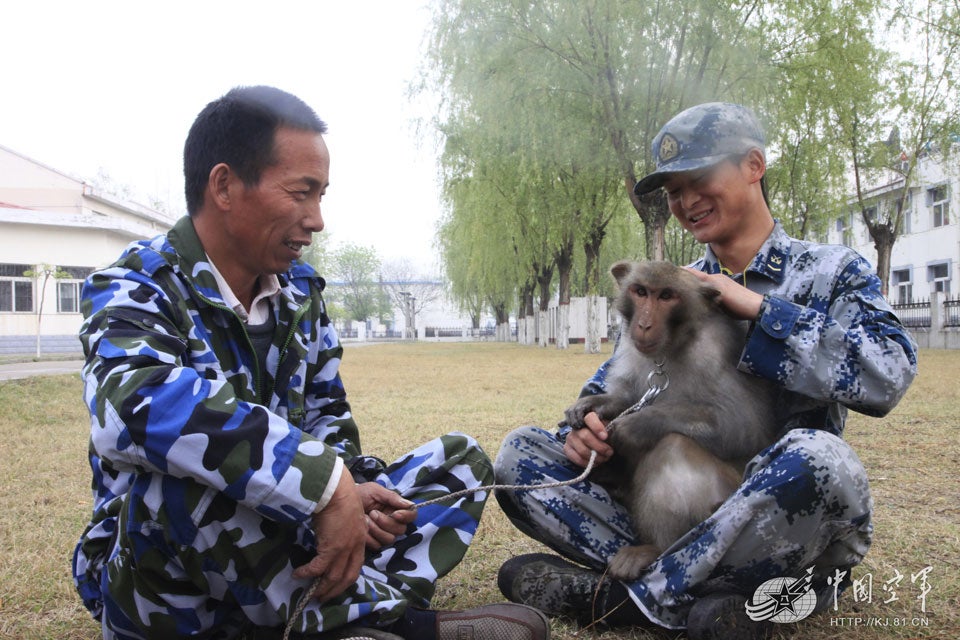 Two PLAAF personnel have a moment with a monkey, presumably after a hard day of work, making the skies safer for airplanes, one birds nest at a time.

Given this news, expect calls for the U.S. Department of Defense to adapt the F-35 against future Chinese monkey business.

Virtual Reality is not Just for Facebook: Chinese Military Pilots Train in 3D