The women have Mayer-Rokitansky-Küster-Hauser syndrome, which gives them underdeveloped vaginas and uteruses. 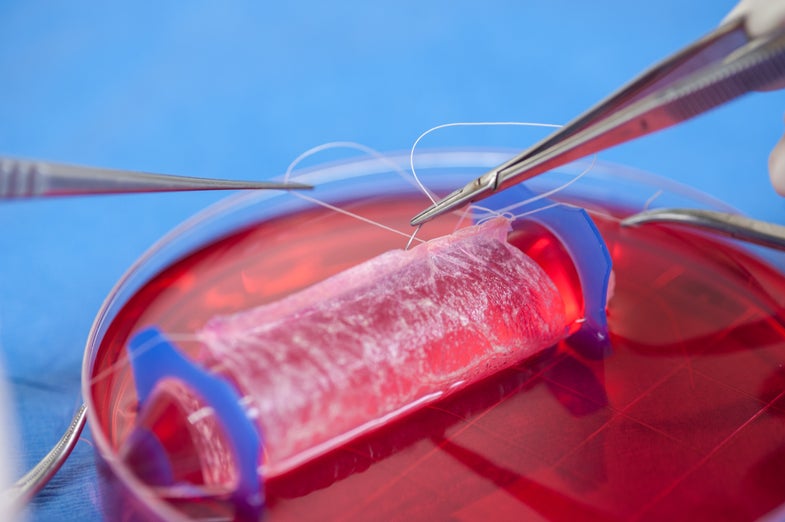 So. Yes. A team of doctors is reporting that they grew vaginas in a lab and implanted them in four girls who had underdeveloped vaginas and uteruses because of a rare genetic condition. This is the first time anybody has reported growing vaginas in lab for human patients. About seven years after their initial surgeries, the girls are grown up and doing well. Two of the four could theoretically have children, although neither has reported yet she is pregnant, the BBC reports.

The vaginas sound wonderfully personalized, as the BBC reports. Doctors took scans of each girl’s pelvis, then built biodegradable scaffolds to fit each girl. They took biopsies from each girl, then grew those cells in lab, coaxing muscle cells to grow on the outside of their scaffolds and epithelial cells to grow on the inside of their scaffolds. Annual biopsies since the implants show that the women have normal vaginal walls. The women also report they have normal levels of “desire, arousal, lubrication, orgasm, satisfaction, and painless intercourse,” researchers reported in their paper.

Relatively few people may need vagina implants in their lives, but the lab-grown organs may also be a harbinger for many more folks. The vaginas are proofs of concepts that show that researchers are able to make a fairly complex organ from scratch, according to the U.K.’s National Health Services. The feat was reported at the same time as a report that surgeons had implanted lab-grown nostrils in five people who had to have nasal cartilage removed because they had skin cancer. You can find both reports in the journal The Lancet.

Anthony Atala of Wake Forest University led the research. We’ve seen some cool things from his lab in recent years, including urethras grown from patients’ own cells, which Atala and his colleagues implanted for five boys. Atala also 3-D printed cells into a hollow kidney shape onstage at the TED conference in 2011.