Survey Reveals What Today’s America Thinks The Future Looks Like

We still want flying cars, but we'll settle for driverless ones. 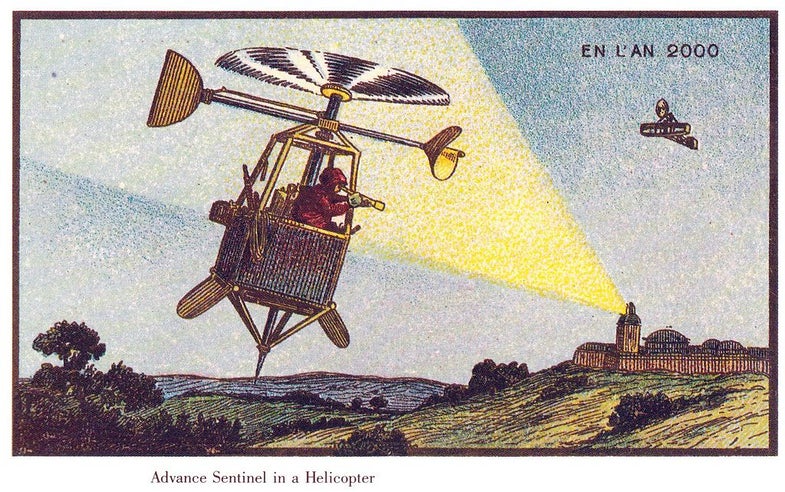 In the next 50 years, Americans think they probably won’t ride in driverless cars, that robots flying outside will have made everything worse, and that humans will be nowhere close to colonizing the solar system. Those are some of the conclusions from a Pew Research Center survey of 1,001 American adults on the future of technology and science, conducted this February and published today.

The trends reveal less about how technology will progress and more about how comfortable people are with different ways it could progress. Generally, people think technology will make life better in the future, with 59 percent of respondents seeing a brighter future. But they’re either hesitant or ignorant about changes already under way, with 63 percent stating that opening the sky to personal and commercial drones will only make the future worse. Bad news for those respondents, as the FAA is already working to authorize drones in commercial airspace by 2020.

People are okay with putting lab-grown meat into their bodies, so long as it doesn’t come through the mouth. Sixty-two percent of respondents think people will get new custom organs grown from them in a lab, but only 20 percent said they would eat meat grown in a lab. Americans are also wary of implanting computers in bodies, with 72 percent saying they wouldn’t get a brain implant to improve memory and 53 percent saying implantable or wearable computers could only make the world worse.

Survey respondents were also skeptical about space colonization, once a powerful theme in American fiction and futuristic thought, with only 33 percent seeing space colonies within our solar system in the next 50 years. Similarly intractable is weather: only 19 percent think we will control the weather. (Of course, that question ignores how human-caused global warming is already shaping weather, but that’s less control than it is effect). Fifty-five percent of respondents also doubt teleportation will happen in the foreseeable future, which, combined with the lack of space colonies, keeps “Star Trek” further and further out of reach.